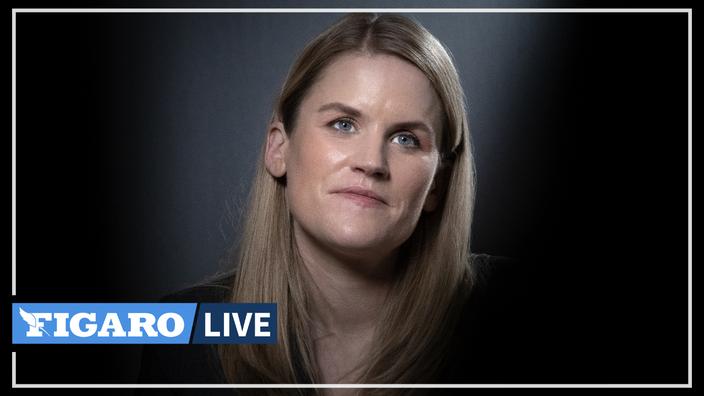 The young woman, who now earns her living speculating in the markets, wants to slow down the distribution of content on social networks.

Frances Haugen wants to devote herself to educating young people on social networks, she confides in an interview with AFP after a tour of the capitals of Europe where she fought to denounce her former Facebook employer.

“I want to keep on fighting“So that Facebook changes its practices of hyper-amplification of harmful content, explains the whistleblower in a large Parisian hotel, between two meetings of a timed schedule and on the eve of returning to the United States . “I want to take a tour of the universities in the first term“, and “give young people the tools“To identify the dangerous effects of social networks, said this young blonde woman determined, with a well-honed speech.

After slamming the door of Facebook in May, she gradually transmitted thousands of internal documents collected from the giant that she accuses of not protecting its users. She abruptly went from shadows to light this fall with damning and high-profile testimony in the U.S. Congress against her former employer.

The mathematician and data specialist now wants to build a “consortiumOf independent researchers and specialists to build social network simulators in the laboratory. “It’s on my Thanksgiving list“- the traditional Americans’ holiday next week – to work on this project,” she smiles. These free software simulators would allow researchers and students to conduct experiments on the virality of content.

With simulators, students and researchers in algorithms and data science will be able to “experiment and say ah, it’s interesting, here’s how we can stop the dissemination of bad content in the network», She explains. Faced with Facebook, Frances Haugen ensures that she is pursuing an action “long term“. “Maybe it will take two years, maybe it will take five years“, So that the social network is finally accountable, she warns.

The young engineer, who has surrounded herself with a team of communications advisers, has acquired her financial independence thanks to judicious financial investments. “I saw the Covid crisis happen. I am a data and network specialist, I saw that the crisis was going to be serious … and I played down»The stock market«just beforeTheir fall, says the whistleblower.

Part of the profits made was reinvested in cryptocurrencies, which broke new records. “Even if I don’t go back to paid work, I can use math and probably make a living just from the marketsShe says.

Frances Haugen’s fight is not to refine Facebook moderation techniques or to seek to better discern good and bad content. It is rather to put an end to the hyper-amplification of content, by forcing the Californian giant to reveal all its data on the subject. “If Facebook was forced to show what is wrong, then it would be forced to make changesShe repeats.

For her, the social network must take on a human scale, for example by complicating the infinite redistribution of content. Forcing a Facebook user to do something voluntary – copy paste, for example – to rebroadcast content that has already been shared twice before arriving home “could have as much effect on disinformation as the whole information verification program“(Fact-checking) of Facebook, she assures.

Facebook could also seek to less favor the formation of groups with millions of subscribers, which she described “variant factory»During his hearing at the National Assembly.

Read alsoFacebook: what to remember from the hearing of Frances Haugen at the National Assembly

“Take a group of a million people or five million people, which produces 1,000 pieces of content every day. If the algorithm has to choose three of these contents to broadcast in the news feeds, it will usually be the most extreme.“, Because these are the ones that provoke the most reactions, she regrets.

And the whistleblower to warn about the “metaverse», The parallel digital universe where Facebook would like to embark the population. If people spend their time in a virtual universe where they have “better clothes, a more elegant haircut and a more beautiful apartmentThat in reality, what effect will it have on their mental health, she asks.

Read alsoFacebook: “Frances Haugen reminds us of the need to protect whistleblowers”

And what about “incentives to stay longer in your virtual reality headset?“. “It is not in five years that you have to ask yourself the question, it is in three months“, Warns the number one public enemy of Facebook.