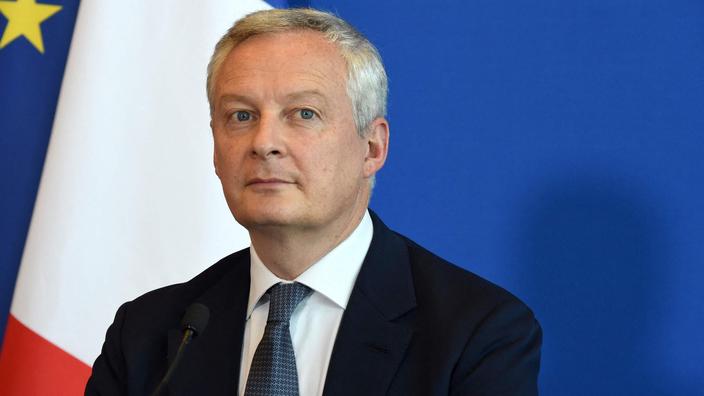 This is the first installment of the European recovery plan, said the Minister of the Economy, Bruno Le Maire, in an interview with the daily South West.

France will receive on Thursday the first payment of the European recovery plan, amounting to 5.1 billion euros, the Minister of the Economy Bruno Le Maire announced on Wednesday. South West.

This European aid is financed for the first time by debt raised jointly, for a total amount at Community level of around 750 billion euros, in the form of grants and loans, fiercely negotiated within the framework plan entitled “NextGenerationEU “. On Tuesday, Spain, Belgium, Luxembourg and Portugal also received initial funding, up to 9 billion euros for Spain.

Thanks to the recovery plan, France should return to its pre-crisis level of activity as soon as “End of 2021 and not beginning of 2022”, according to Bruno Le Maire. This horizon is also that foreseen by INSEE since the beginning of July. The minister is due to visit an SME in Bayonne on Thursday that is benefiting from the recovery plan. Akira Technologies designs and manufactures testing machines used in particular in aeronautics and automobiles, and its investment project will enable it to create a new workshop for critical components, explains Bercy in a press release.

Almost half of the European aid received by France will be dedicated to the ecological transition, with 5.8 billion euros for the energy renovation of buildings, 4.4 billion to modernize the rail network and 1.9 billion for develop carbon-free hydrogen. A little more than 8 billion euros will be devoted to the digitization of companies, schools and administrations, while the rest of the envelope must finance, in particular, expenditure in favor of employment and the learning of young people, modernization of the health system and vocational training programs.

Bruno Le Maire said to himself “confident” for the coming months, because “the French economy is now running at 99% of its capacity compared to 2019”. He wants proof that “For the first week of August 2021, credit card purchases are 17% higher than the same week in 2019”, even if this week preceded the implementation of the health pass, which could slow down consumption.

On August 30, the minister will organize a meeting in Bercy with representatives of professional organizations, some of which are asking for the extension of aid to companies which expire at the end of August. If Bruno Le Maire warns that “Normal cruising speed, the State is not intended to lead the economy”, he ensures that “We will continue to support those who need it”.