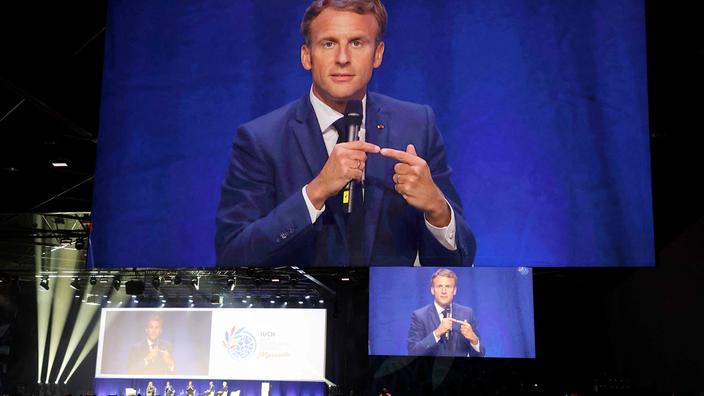 The president wants this initiative to be taken to the level of the European Union, of which France will take the rotating presidency in 2022.

Emmanuel Macron pledged on Friday to wear “A strong initiative (…) for the accelerated phase-out of pesticides” when France will have the rotating presidency of the European Union, while French agriculture is struggling to reduce its dependence on synthetic pesticides.

“I want the French Presidency of the European Union on this subject of pesticides to carry out, and I am committing myself to it here, a strong initiative, with all my colleagues, for an accelerated phase-out of pesticides”, said Emmanuel Macron, without further details, at the opening of the World Congress of the International Union for the Conservation of Nature (IUCN) in Marseille. Paris will take over the rotating EU presidency in the first half of 2022. “It is only at European level that we will get there, otherwise we will slow down”, he continued.

Sales of chemical pesticides were up in 2020 in France, with stocks being built up by farmers anticipating restrictions. Since the Grenelle de l’Environnement at the end of 2007, which set a target of reducing the use of synthetic pesticides by 50% in ten years, successive plans have failed.

The “Glyphosate exit” promised by Emmanuel Macron did not materialize either. Many crops are struggling to do without this weedkiller, which is as controversial as it is effective, currently authorized until the end of 2022 in the European Union. The government has also been strongly criticized by environmental protection associations for having announced in August 2020 the temporary reintroduction of neonicotinoid insecticides, described as “Bee killers”, for the cultivation of beetroot.