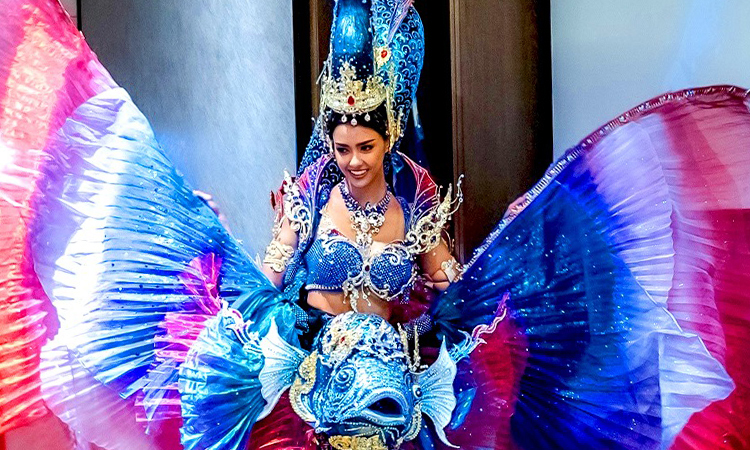 The national costume of the Thai representative at Miss Universe 2020 is inspired by the fighting fish.

On December 18, the company TPN – the copyright holder of Miss Universe Thailand – announced the costumes for the Miss Universe contest scheduled to be held mid next year. Designer Akarat Phusanaphong said the suit was inspired by the betta, the fighting fish chosen by Thailand as the national aquatic animal.

The organizers chose the costumes based on the results of fan votes on social networks. The design of Akarat Phusanaphong is one of the three exams that received the most likes and shares. Then, the organizers invited three designers to try out costumes and make meaningful presentations to choose the final design. During the presentation, Akarat Phusanaphong said he wanted to create a beautiful and powerful image like a betta for the beauty queen when competing with international contestants.

Amanda Obdam, born in 1993, will represent Thailand in the next Miss Universe. She has a Dutch-Canadian father and a Chinese-Thai mother. The Miss Tan studied in Thailand until the end of sixth grade and then went to Canada to study at high school and university. She graduated in Business Administration, University of Toronto. Obdam is 1.7 meters tall and weighs 50 kg, is currently an actor.

Phuong Mai (according to the PPTV)