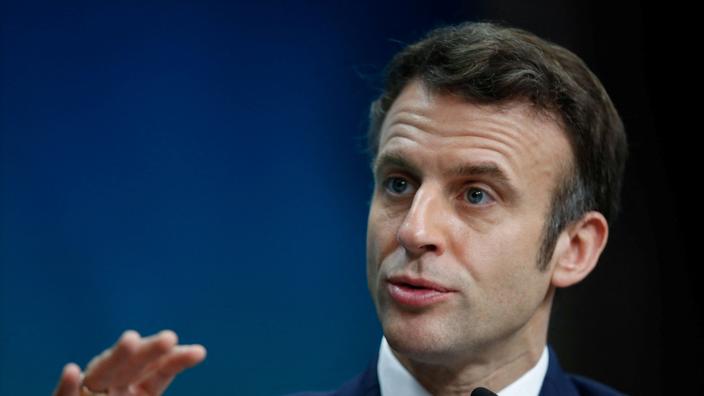 The Head of State spoke with his Ukrainian counterpart Volodymyr Zelensky and reiterated France’s support to him.

“France strongly condemns Russia’s decision to wage war on Ukraine“said Emmanuel Macron on Twitter. “Russia must end its military operations immediately. France stands in solidarity with Ukraine. It stands with the Ukrainians and works with its partners and allies to end the war.»

The French president spoke on Wednesday February 23 by telephone with his Ukrainian counterpart Volodymyr Zelensky, and reiterated to him France’s support “in economic and financial matters and in matters of defensive equipment“, said the Elysée in a press release.

SEE ALSO – Ukraine: explosions shake the east of the country after the announcement by Russia of “military operations”

During this interview, Emmanuel Macron “reiterated its support for Ukraine and its attachment to the country’s sovereignty and territorial integrity. He also praised the coolness of the Ukrainian president in the current situation“, adds the French presidency. The two men “spoke of the support that France has already provided and will continue to provide to Ukraine in economic and financial matters, and defensive equipment“, continues the Elysée, which recalls that”the support that the European Union can provide to Ukraine will also be on the agenda of the extraordinary meeting of the European Council” Thursday.

The Kremlin announced overnight that it had received a call for help from pro-Russian separatists to “repelthe Ukrainian army, a further sign of a possible Russian military intervention in Ukraine despite sanctions and an international outcry. For his part, President Zelensky called on civil society in Russia to put pressure on its leaders to prevent a “great war in europe“which could start”from one day to another“.