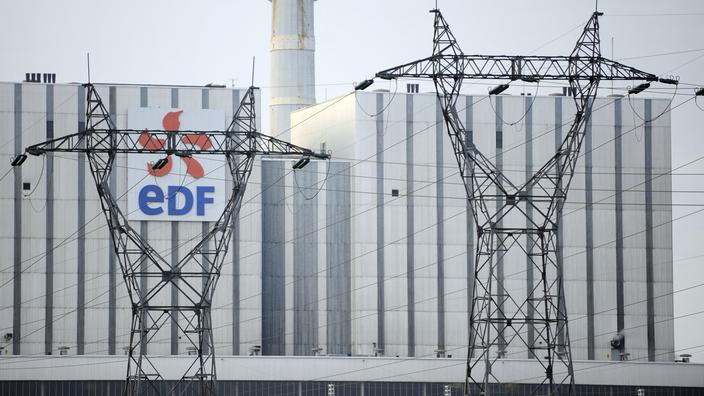 The country’s electricity supply is particularly strained this winter due to the low availability of the nuclear fleet.

The government is temporarily relaxing the limits on the use of its last coal-fired power stations to ensure the electricity supply, which was very tight this winter, according to a decree published in the Official Journal on Sunday. The measure “will be strictly limited to the months of January and February 2022” and “does not change the timetable for the closure of coal-fired power plants“, assured the Ministry of Ecological Transition, in early January.

Read alsoElectricity: those households that will not benefit from the price freeze

It comes as the country’s electricity supply is particularly strained this winter due to the low availability of the nuclear fleet, which provides around 70% of the electricity in France.

The 2019 energy-climate law had set an annual threshold of 0.7 kilotonnes of carbon dioxide equivalent per megawatt of installed electrical power, activating the gradual cessation of production from coal, already very marginal. This cap on greenhouse gas emissionscorresponds to approximately 700 hours of annual operation for a thermal power plant using coal“, explained the government during the consultation on its draft decree.

Ceiling raised until the end of February

According to the text published on Sunday, the ceiling is raised to 1 kilotonne until the end of February to cover the winter consumption peak. “This corresponds to approximately 1000 hours of operation during this period“, according to the government. The threshold will increase to 0.6 kilotonnes for the remainder of 2022 and return to 0.7 kilotonnes in 2023.

President Emmanuel Macron had promised to close the last coal-fired power stations by 2022 – easily mobilized to produce electricity when needed, but also very emitting CO2 harmful to the climate.

“The Le Havre and Gardanne plants have already been closed and the Saint-Avold plant will close as planned in the spring of 2022“, underlined in January the Ministry of Ecological Transition. The Cordemais power plant (Loire-Atlantique) will be able to continue to operate until 2024, despite the presidential promise, due to the risk of tension on the network, the time that the EPR nuclear reactor in Flamanville (Manche) comes into service.