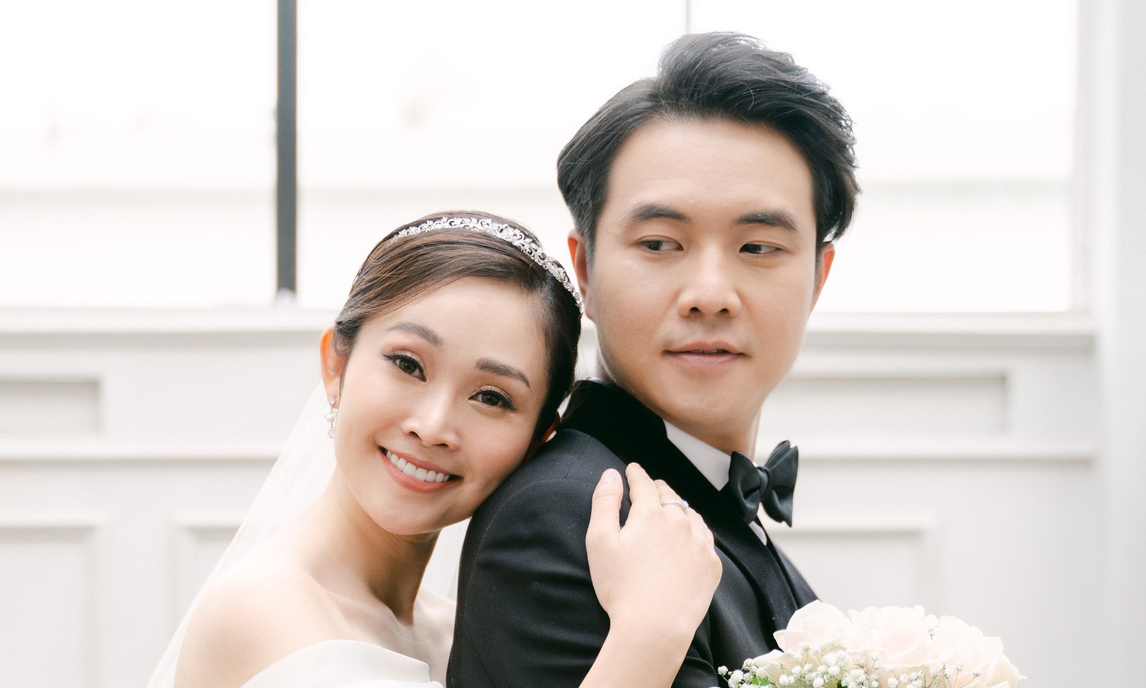 Duc Hieu – the male lead of the movie “Street in the village” – has a happy life with his wife 5 years older than him – MC Thuy Linh.

The actor recently caught the attention of the audience when he played the role of Dong – a gentle and innocent policeman in a rural-themed movie. Street in the village. On this occasion, he talked about his work and married life.

– After nearly a year of marriage, how has your life changed?

– From a fun-loving boy, I became a family man. Before, I used to drink, sometimes even go out with friends overnight, now I like to stay at home, watch TV, chat with my wife. Sometimes, my wife even urged me to go out and interact with people.

We are still in love like at the beginning of love, less arguments and quarrels. During the pandemic, we stayed at home a lot, meditated, cooked together, and shot some fun videos together. I am satisfied because each day passes gently, with lots of laughter.

– How do you and your wife “keep the fire” in your marriage?

We always respect and concede to each other. In general, I find my wife to be perfect: talented, beautiful, well-behaved. Occasionally, the two make each other happy with unexpected gifts. We all try our best to change ourselves to fit our family life.

From the day I got married, I was addicted to the rice my wife cooked. One day, I went to my grandmother’s house, complimented: “Linh cooks rice very well”. At that time, everyone in the family revealed that when she was unmarried, she never touched the kitchen, did not know what to do. It turned out that my wife secretly searched, went online to look up the recipe to make her husband happy. We plan to have a baby next year.

– What do you think, when you are young, you are less famous than your wife?

– I never felt that Linh was bigger than me. I was born in 1992, Linh was born in 1987, but when the couple went out, many people praised Linh for being young, like a 9-year-old girl, and criticizing me for being old before my age (Laughs). The two are compatible in their interests in music, movies, and social studies.

When we first got married, many people called me “husband MC Thuy Linh”, comparing the couple. Really, I don’t mind much, I’m proud that my wife is a familiar face on television. We started dating two years ago, when we were both independent and financially fine. Besides acting, I have a side business, not too rich but just enough.

– How do you and your wife support each other at work?

– We sympathize with each other, do not inquire when the other half leaves early and returns late. Sometimes, my wife gets jealous, in a cute, childish way. The day before, I was angry with my wife for filming a kiss scene without prior notice, making her surprised and angry. She didn’t block anything, just let me speak clearly to prepare mentally.

I learned from Linh the seriousness and diligence in work. Many nights, my wife worked until 2-3 am to match the script of the program. Before each event, Linh took the lead for me to check and comment. When I received a new movie, she helped me practice my dialogue, as strict as a teacher checking on students. Even though I practiced so hard, at times, I was still a bit awkward when I went to the set. Because of my new role in Street in the village is a commune police officer, has many specialized terms.

– What are the similarities and differences between you and the character Dong in the movie?

– Dong was surrounded by his family from childhood to adulthood, trying to escape from his father’s protection, while I became independent earlier. In love, I am also an active person, stronger than the character.

The scenes that bothered me the most were when Dong faced the concern of his father (played by artist Quoc Tri). My father was seriously ill, passed away more than a year ago. When I heard the lines about the father-son relationship, I had tears in my eyes and had to go back and forth many times.

– How do you feel when your career progresses slower than many actors of the same generation like Dinh Tu, Doan Quoc Dam, Huynh Anh?

– I’m in the profession, but I still have some other jobs, so I’ve been focusing more on acting lately. Dong is the first long-term role, so I pressured to act seriously and properly. In the past, I also played supporting roles in movies like Afternoon, On the Pang Poi river, The epic poem by the river, Crocodile profile… I think I’m walking slowly but surely so I’m not impatient. If I do well, the directors will pay more attention, thereby having more acting opportunities. Next time, I want to play roles like gangsters or bad boys.