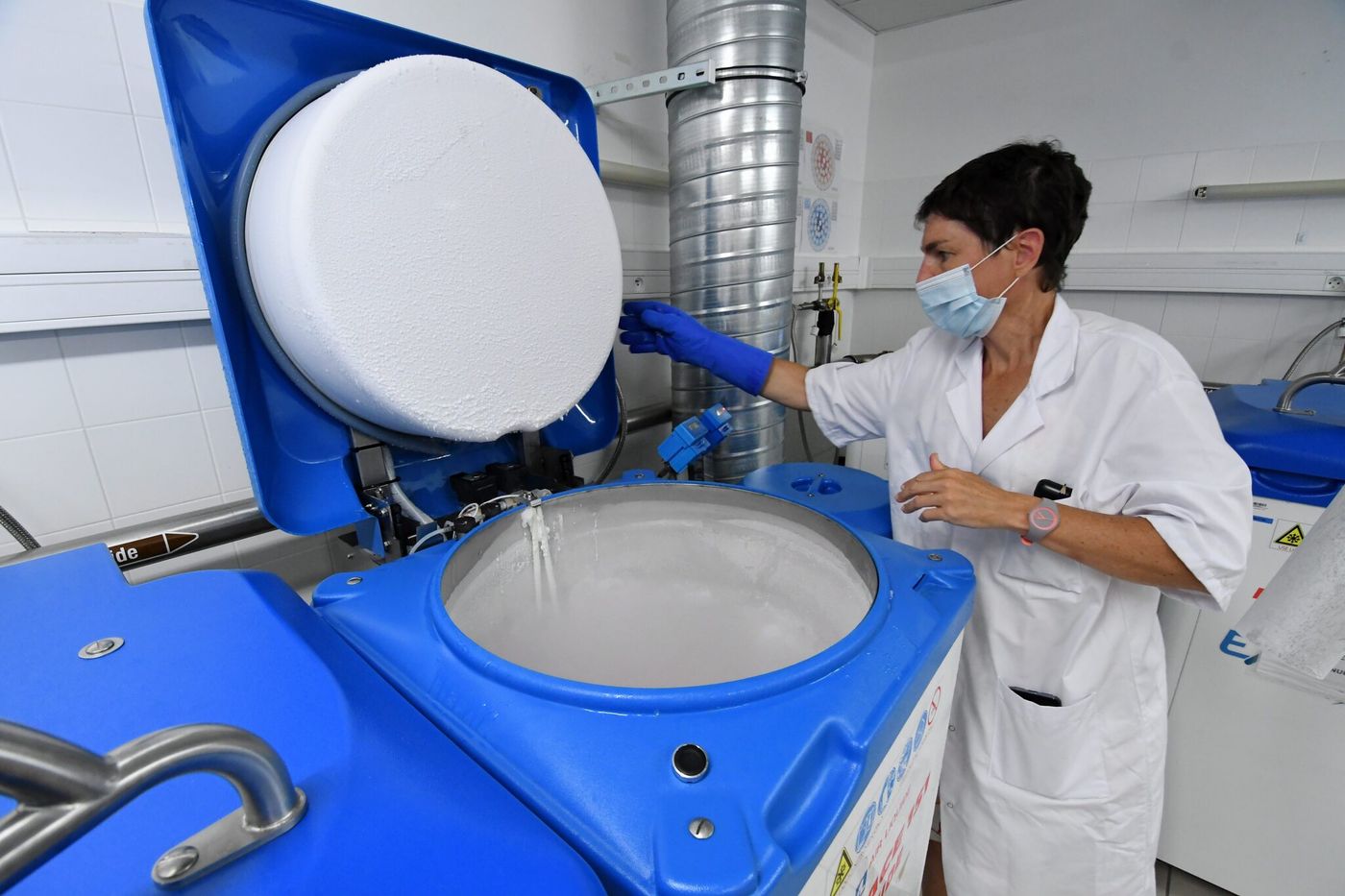 “There are currently, in France, substantial stocks of spermatozoa. “ The information is surprising and was sent by Emmanuelle Cortot-Boucher, director of the Biomedicine Agency (ABM) on Wednesday, October 20. France would therefore not be in a shortage situation, as certain doctors have been explaining for several weeks, including in The cross ? “We can respond to requests”, repeats the director of ABM.

Six to twelve months of waiting

Why recruit, then? In order to reduce waiting times. “We can meet the demand, but with long waiting times, six to twelve months”, reminds Emmanuelle Cortot-Boucher. “We are also in a tight flow on the stocks of oocytes. We have 800 donors, for 4,000 couples waiting, in particular because the medical procedure to remove these gametes is cumbersome. ” However, the executive, to show its voluntarism and to set up the first LDCs ” for all “ a social marker and a commitment kept, wishes to reduce these deadlines to less than six months.

→ TESTIMONIALS. PMA for all: “I told myself that I was going to miss the boat”

Among the obstacles to faster treatment, the director of ABM points to major regional disparities, as the various centers for medically assisted procreation do not pool their stocks of gametes. Result: without national management, no patient transfer and collaboration possible, for the moment.

The lack of donor variety is also to blame. In 2019, 317 men donated sperm (- 18% compared to 2018). Among them, “They are not enough to come from diversity”, continues Emmanuelle Cortot-Boucher. Black or Asian couples currently have more difficulty finding a donor of their phenotype. “For these populations, the waiting times can be counted in several years”, even calculates the ABM.

More donors therefore means shorter deadlines. At least “If they are accompanied by adequate means and human resources, such as administrative staff, biologists, etc.” “, worries Louis Bujan, professor of medicine and reproductive biology at the Toulouse University Hospital.

In the absence of filling a shortage, it is also a question of “Get ahead, today and anticipate future requests, includes Catherine Guillemain, from the Cecos federation. Because the centers are overwhelmed with calls from couples of women and single women ”. By the end of the year, 3,500 new requests could be registered, beyond the estimated estimates.

“Recruitment and information campaigns have always proved beneficial”, underlines Professor Louis Bujan. Each of the 28 approved centers is also free to launch its own local awareness campaign. “What we are not yet measuring is the impact of the lifting of anonymity, at the start of the 2022 school year”, nuance the specialist. Countries that have renounced anonymity have seen a drop in donations … followed by an increase. But in Great Britain, one of the countries in question, “The donation of gametes is remunerated, which slightly distorts the figures”, recognizes Louis Bujan.

To monitor the concrete implementation of the new measures of the law, a monitoring committee must also be set up in November. If disparities remain, if the deadlines are not met, “We could consider setting up cooperation between centers, admits Emmanuelle Cortot-Boucher. This is already the case, in the West, between Brest and Nantes, for example. “

→ ANALYSIS. ART professionals prepare for the entry into force of the law

For now, on the ground, those who welcome donors and inform them of new measures to come have rather favorable feedback, assures Louis Bujan. With new profiles, “Younger and childless”. “I think we will also have donors who will act out of activism, to help streamline the journey of all beneficiaries and allow single women or homosexual couples to benefit from a donation more quickly”, believes the doctor. In 2019, 27,063 children were born after ART. Of which 1,396 from donated oocytes or spermatozoa.