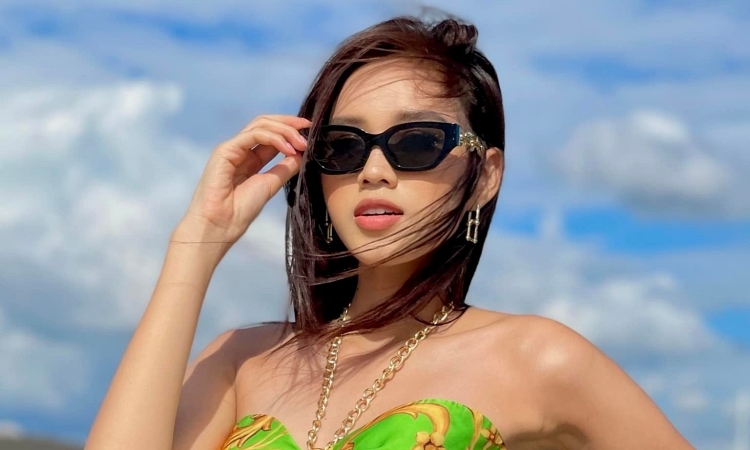 Puerto RicoDo Thi Ha said that she was stung by a bee while taking a photo of the Miss World “Beauty of the Sea” competition, causing the soles of her feet to swell.

“The manager sister helped me get the venom out of my leg in time, but the soles of my feet still hurt after that. I tried to take the rest, after a few hours, the sting became swollen. I went to ask for medicine. from the organizers, hope to recover in time for the next competitions,” she said after the photo session on November 30.

On December 1, the contestants continued to take photos and record videos on an island. Although her leg still hurts, the beauty tries to smile and complete the task. She made a series of photos with a self-prepared swimsuit. The beauty wears makeup and curls her hair in a natural style.

Do Thi Ha said that she participated well at Miss World after 10 days of participation. Puerto Rico’s weather is sunny and windy, so she doesn’t get upset. Before the important contest content, she called two makeup and hairdressing experts Quan Nguyen and Pu Le to ask for advice on images.

After a year of postponement due to the epidemic, Miss World 2021 returned in San Juan, Puerto Rico, on the occasion of the 70th anniversary of the contest. The reigning Miss World is Toni-Ann Singh, crowned 2019. The contest takes place from November 19 to December 16. Do Thi Ha and the contestant went through a talent competition, a confrontation challenge, and recorded the “Dances of the World”, “Beauty of the Sea” part…