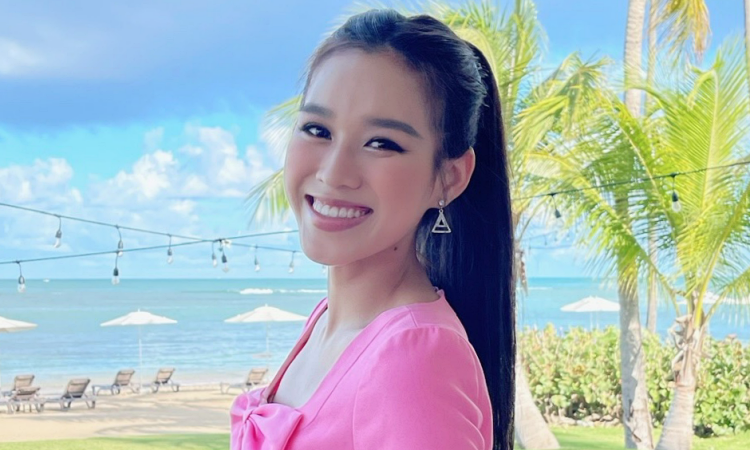 Puerto RicoMiss Do Thi Ha interacts with contestants from other countries at the first dinner party at Miss World.

After a journey of nearly 40 hours, Do Thi Ha landed at the airport in Puerto Rico on the morning of November 22 (Hanoi time). She was placed in the same room as the Mongolian representative. In the evening, she chose a white lace off-the-shoulder dress, elegant style for the party. She said: “I am confident in my ability to make up and do hair because I have been trained well. I have no problem communicating with people, you guys are very friendly and funny.”

Before that, the flight from Narita (Japan) – the place of transit – to Boston (USA) was delayed, so she had to find a hotel to sleep temporarily. Although tired, the beauty said she was still full of energy and joined the game as soon as she arrived. She and more than 100 other contestants are participating in profile photography activities. In the near future, they will enter the Sports, Talent, Top Model, Head to Head competitions…

Do Thi Ha was born in 2001, is a student majoring in Business Law, Hanoi National Economics University. The beauty is 1.75 m tall with 1.1 m long legs. In the January rankings, she was featured on a beauty site Missosology ranked in the Top 10.

After a year of postponement due to the epidemic, Miss World 2021 returned in San Juan, Puerto Rico, on the occasion of the 70th anniversary of the contest, the final took place on December 16. The reigning Miss World is Toni-Ann Singh, crowned 2019.