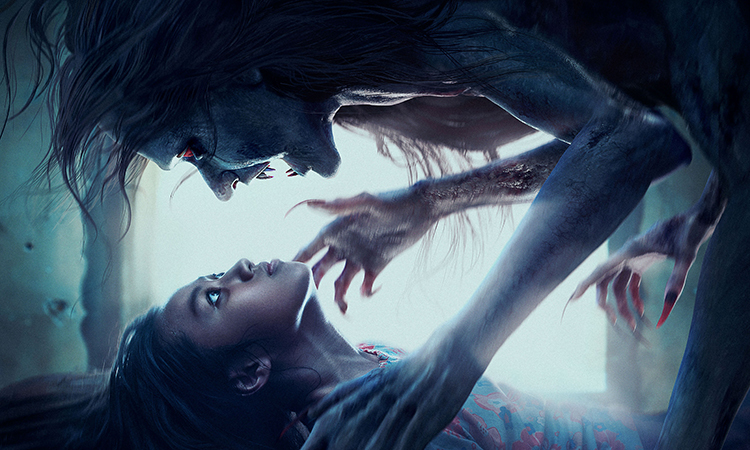 Le Van Kiet – director of martial arts film “Hai Phuong” – for the first time made a horror film on the subject of paralysis.

The movie poster introduces a scene of a little girl (Mai Cat Vi) lying in bed, facing the devil. The director has not revealed the specific content, said the script was inspired by his true story as a child. The film belongs to the psychological – horror genre, revolving around the syndrome of paralysis (feeling of paralysis all over the body while sleeping, although the mind is still awake). The work is finished in early 2020, in post-production, and is expected to be released in May.

Le Van Kiet was convinced by Cat Vi’s acting ability – a child actor who played Hai Phuong’s daughter (Ngo Thanh Van) in the movie of the same name. He said: “Vi is one of the best actors in her age. She fits the character thanks to her natural expression. I couldn’t find a more perfect face.” Mai Cat Vi Born in 2009, used to participate in the movies: Song Lang (2018), Wife Three (2018) …

Le Van Kiet graduated in Film and Television from the University of California, Los Angeles (USA). He has released movies: The house in the alley (2012), Tenderness (2014) … In 2019, he collaborated with Ngo Thanh Van on an action film Hai Phuong – about a mother who went to save her kidnapped daughter. Launched in Vietnam from February 2019, the work has caused box office fever with action elements. The work became a Vietnamese film with the highest revenue of all time – more than 200 billion VND (including international markets). The film is also shown in the US, China and the Netflix system with the name Furie. On Rotten Tomatoes, 95% of critics rate the film positively.