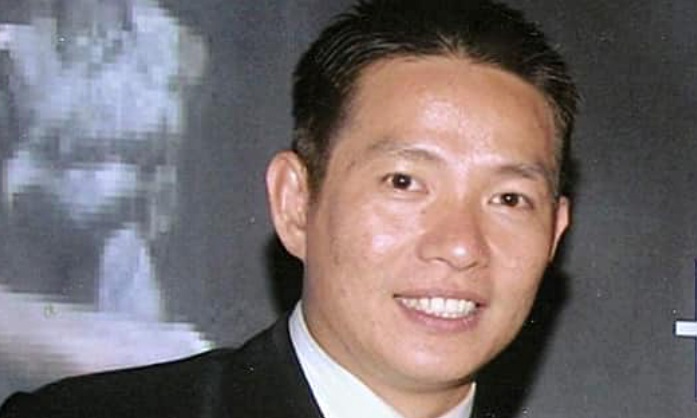 Ho Chi Minh CityDoan Binh – director of the television program “Young couple”, “You want to date” – passed away due to an accident, at the age of 46.

Mai Anh – Doan Binh’s wife – confirmed that the director died on January 6 after a car accident in Thu Duc City, died on the spot. The family didn’t want the director’s mother to be shocked because she was having health problems, so they decided to report the news late. On January 7, Doan Binh’s body was cremated, waiting for relatives in the US to return to organize a funeral.

Doan Binh left behind a wife and four children. Mai Anh said that on January 5, the director just celebrated his 46th birthday. Many friends congratulated him. Doan Binh also revealed many plans in 2022. Mai Anh said that her husband wishes to see four children grow up. , now his wife will replace the director to take care of the children. Many months ago due to Covid-19, Doan Binh had more time with his wife and children. The director reads a lot of books and studies various fields because he thinks that in order to do a good job, he needs to know a lot and understand widely. On Facebook on January 6, Mai Anh wrote: “It’s you, the one who gave me a whole sky and a glorious life”.

Many artists such as Minh Nhi, Quyen Linh, Oc Thanh Van… and other friends and colleagues were surprised by the information, and sent condolences to Doan Binh’s family. Actor Quoc Thuan wrote: “Farewell to my funny, cute brother. He passed away peacefully”.

On the morning of January 9, artist Hong Van heard that her close brother had died while on set. Hong Van said many years ago, the late artist Doan Ba ​​sent Doan Binh to the theater, asking actors for help. Hong Van is impressed that Doan Binh is a person who is eager to learn, listens and strives constantly at work. Doan Binh used to work as an actor before turning to directing. He was once noticed through the role of red-haired Xuan in the play Red number at Phu Nhuan Drama Theater. Since Doan Binh got married and worked as a TV program director, the two met less often.

Director Doan Binh (full name: Doan Thanh Binh) was born in 1976, is the youngest son of the late Meritorious Artist Doan Ba, has sisters including: artists Doan Mai Phuong, Doan Mai Lan and Doan Mai Trang. He graduated in computer engineering but decided to follow in his father’s footsteps to pursue art. He entered the College of Theater and Cinema in Ho Chi Minh City, graduating with honors in Theater Directing.