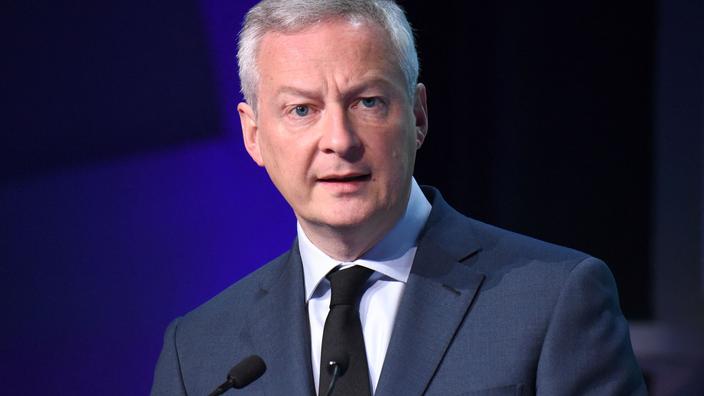 To revive French industry, the Minister of the Economy and Finance wants to “build an industrial imagination” among young people.

The Minister of the Economy Bruno Le Maire wanted this Tuesday that the factories welcome more visits from pupils and students in order to help young people to “Build an industrial imagination” after 40 years of deindustrialization.

Read alsoIn Ponthierry, the city has been hoping for the conversion of a factory that had been abandoned for forty years

“We must encourage young people to move towards jobs in Industry” who lacks arms, because “The image of the industry is out of step with reality” said the minister, suggesting to an audience of industrialists invited to Bercy “To invite the children to go to the factories” to “find out just what it is, how it works and that they have another idea”.

“We take elementary and middle school children to visit places of memory, visit museums, heritage sites, so much the better, it is essential to transmit our memories, but our memory is also industrial, and if industry does part of our culture, why shouldn’t we invite our children from middle school, from elementary school? “ he said.

Recreate a “Industrial will”

According to him, “The only way to remedy” to the deindustrialisation that the political and economic class has allowed to happen in France for 40 years, it is “Recreate an industrial will”. “Relocation is essential and vital for employment, but also for the fight against extremes, to restore confidence” added the minister.

Because “Where a factory closes, there is a Front National permanence which opens, it is a political reality” added Mr. Le Maire, who was speaking at the end of a conference on the relocation of essential activities on the national territory, organized by Agnès Pannier-Runacher, Secretary of State to the Minister of the Economy.

Read alsoDeindustrialization is not inevitable

On deindustrialisation, the manager made his mea-culpa: “We are collectively responsible for deindustrialisation” he said, “Politicians, business leaders, industrial sectors, all those who invented the famous concept of “Fabless industries” (companies without factories, dependent on subcontracting in low-cost countries, NDR), all those who have covered with a scientific varnish what was a political defeat ”. “France has abandoned its industry and today we still pay the economic price, the financial price, the price in terms of jobs and the political price” he judged.