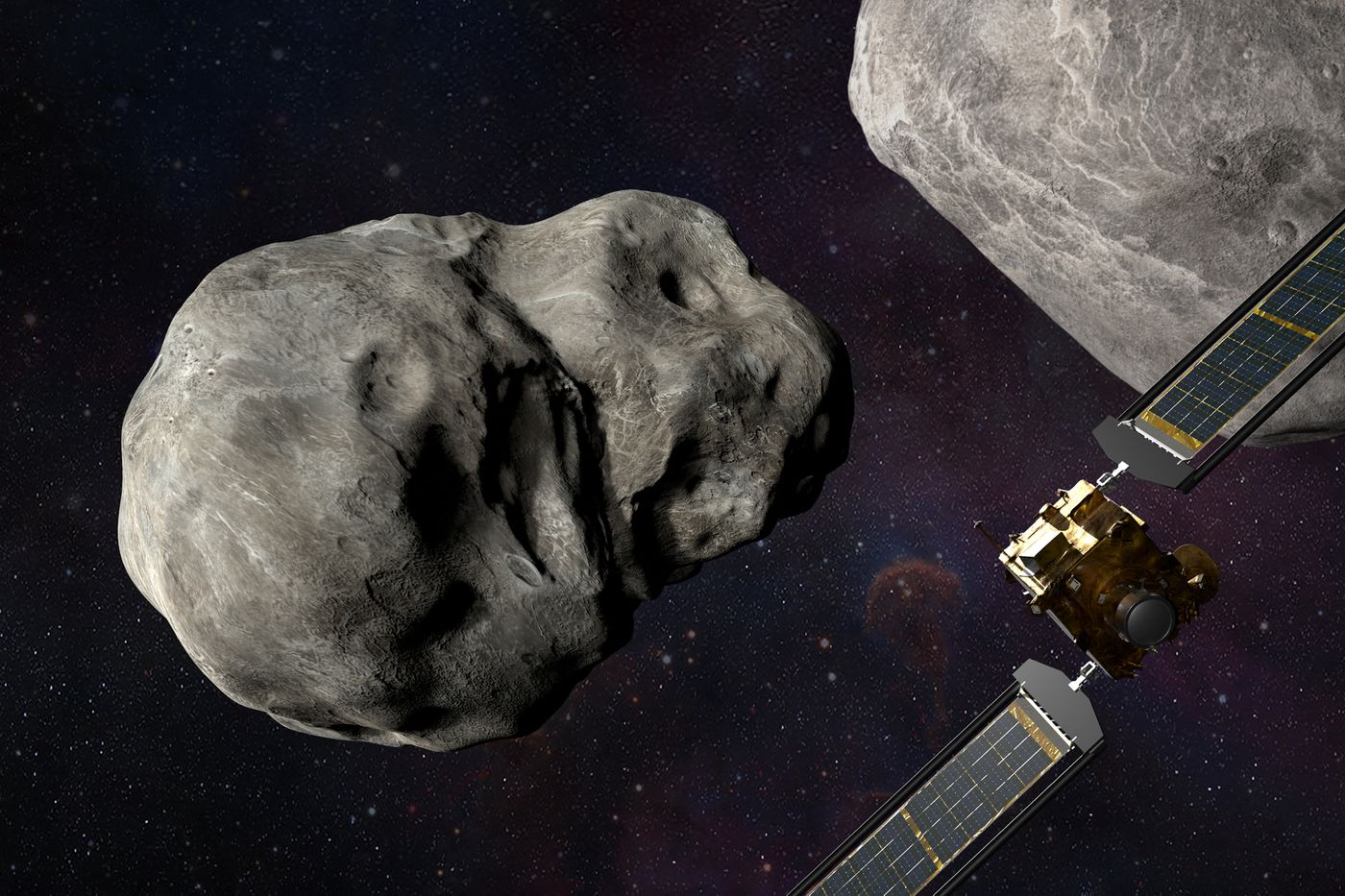 Bruce Willis was not available. The American space agency has therefore imagined another way to deflect potentially dangerous asteroids, in a scenario worthy of the film. Armageddon. Here, no question of drilling the space pebble to deposit a nuclear charge. The solution adopted by the “planetary protection” division of NASA is much simpler: send a probe to strike the asteroid to deviate it from its trajectory.

No risk of collision with Earth

During the night of Tuesday to Wednesday, November 24, the Dart device launched itself in the direction of a couple of asteroids, Didymos, the main rock, and Dimorphos, a small moon that revolves around. Neither represents a danger. It is simply a life-size exercise. ” No risk of collision in the near future has been identified ”, assures Patrick Michel, astrophysicist at the Côte d’Azur observatory.

Asteroid Dimorphos: we’re coming for you!

Riding a @SpaceX Falcon 9 rocket, our #DARTMission blasted off at 1:21 am EST (06:21 UTC), launching the world’s first mission to test asteroid-deflecting technology. pic.twitter.com/FRj1hMyzgH

All asteroids over a kilometer in diameter, which could cause a global catastrophe, are identified and monitored. “ But only 40% of asteroids between 140 and 1000 meters in diameter are known, the threshold for a national or regional disaster. The probability of a collision with such an object is very low but the consequences would be catastrophic. “ Hence the Dart mission, to see if it is really possible to push an asteroid, just in case.

After nine months of travel, the 500 kg of Dart must crash violently against Dimorphos, at a speed of more than 20,000 km / h. ” Like a billiard ball that would hit a second ball, compares Patrick Michel. The mission targets a binary asteroid to immediately see the result. “

→ MAINTENANCE. Astronomers try to predict the impact of asteroids

The shock meeting will be filmed by a small Italian satellite. This will have traveled with Dart but will come off before impact. On Earth, four observatories will also be mobilized to study the collision. Finally, in 2024, the Europeans must send the Hera mission, a space probe with several instruments to study the impact crater and the resulting change in trajectory.

Would the delays between the detection of a threatening asteroid and space deviation be tenable? Yes want to believe the specialties. “ Faced with the emergency, we will be able to release the funds to speed up construction, especially if we already have a functional model with Dart. “, Says the astrophysicist. Hopefully the device will stay in the garage as long as possible.