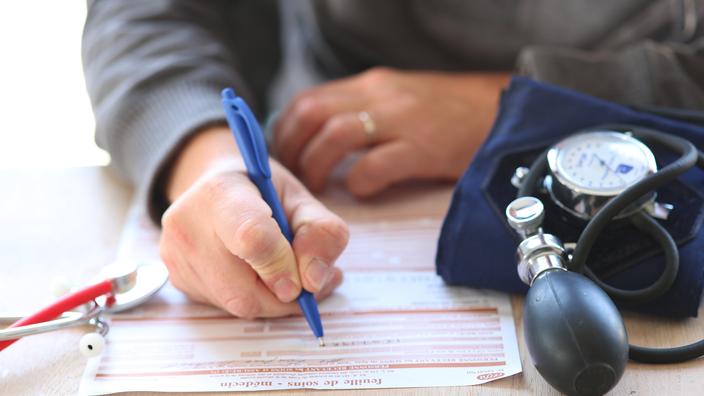 The Social Security budget was presented on Friday, with a declining deficit in particular.

The deficit is declining, the health Ségur continues to unfold its effects, the elderly and drug budgets are progressing: here are some salient elements of the 2022 budget for Social Security, presented on Friday.

By 2025, losses are expected to be slightly over 13 billion euros, a “negative balance which comes mainly from the sickness branch and to a lesser extent from the old age branch», Explains the Ministry of Public Accounts. Despite the dissipation of the accounting impact of the pandemic, the government is planning in 2022 a budget of 4.9 billion euros for tests (1.6 billion) and vaccination (3.3 billion).

Continuation and end of Ségur

The Ségur de la Santé, which produced its first effects on the Social Security budget in 2020, will still weigh 2.7 billion euros in the 2022 PLFSS. Most of the bill is linked to the salary increase nursing staff (a little over two billion euros). In total, from 2020 to 2022, the measures resulting from Ségur amount to approximately 12.5 billion euros.

A boost of 400 million euros for assistance to the elderly is planned for 2022, Prime Minister Jean Castex announced Thursday, on the eve of the presentation of the Social Security budget. At least 240 million euros will be directed to home help services, while the government will establish a “floor price»22 euros per hour of service.

Read alsoRush on antigenic tests: a hefty bill for Social Security, a boon for professionals

In addition, the government will strengthen the nursing workforce so as to “reach a total of 10,000 FTEs (full-time equivalents, editor’s note) over the next five years», According to the budget presentation file of the Social Security.

The scope of drugs fully reimbursed by Social Security has been extended for 2022, which represents an additional cost of 370 million euros. Even taking into account the traditional spending cuts (1.2 billion euros in savings planned for 2022), the government’s drug budget will swell by more than one billion euros.

The measure had been known since early September: contraception will be available free of charge from January 1 to women aged 18 to 25, a measure budgeted annually at 21 million euros. A budget of 41 million euros has also been provided for under the Health Segur to revalue the salaries of midwives.

Finally, a few millions must be devoted to the reduction of waiting times following the opening of the assisted reproduction for all.

No measure relating to mental health was unveiled Friday, the government referring to the Assises of mental health convened by the President of the Republic. Emmanuel Macron should take advantage of these Assises, which he will close on Tuesday afternoon, to detail the intentions of the executive in this area.

Read alsoAs of January 1, homeopathy will no longer be reimbursed by Social Security

Additional funding for hospital psychiatry or reimbursement by Social Security of consultations with liberal psychologists could in particular be announced.

Pensions: in the dark then in the hole