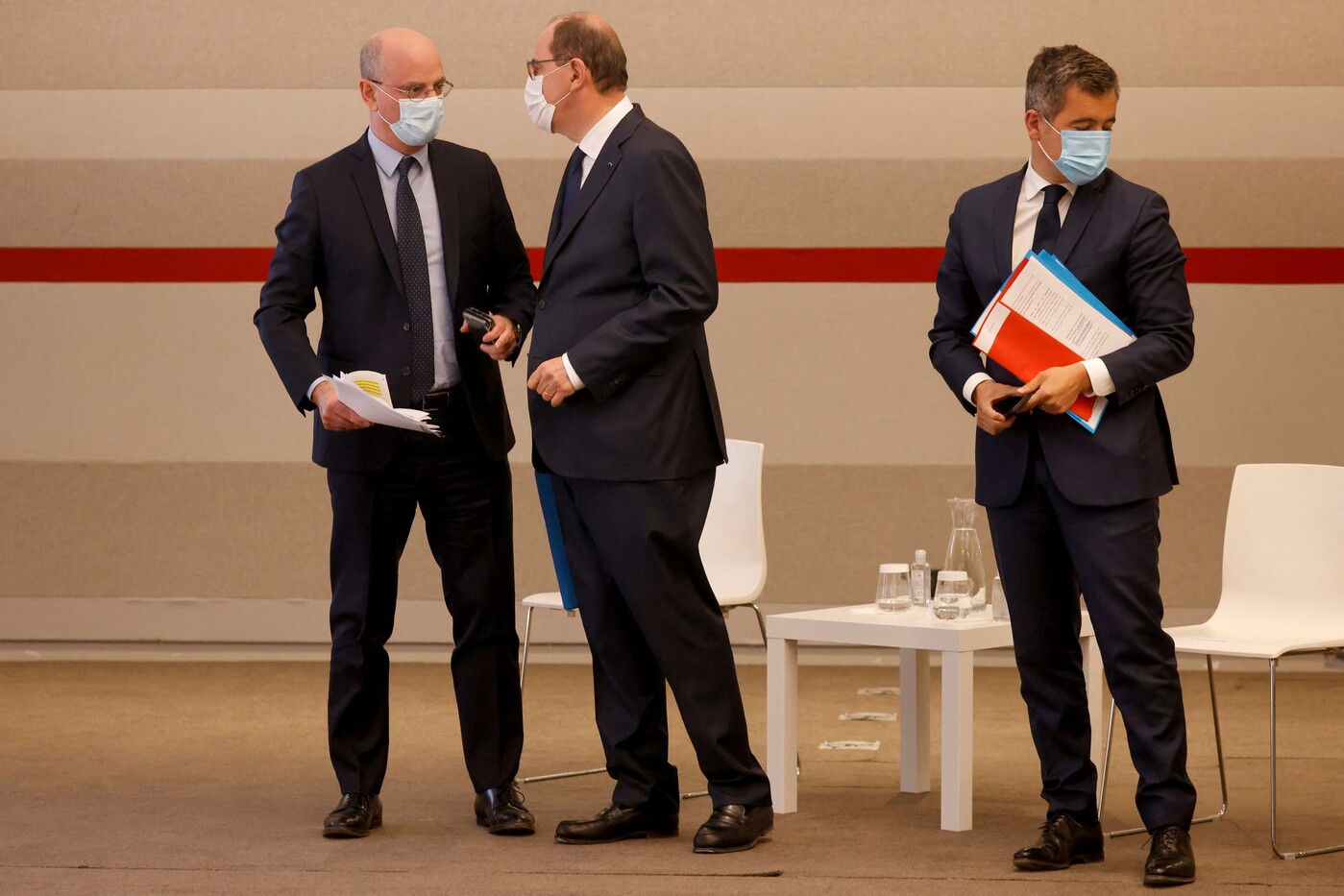 “The health situation is improving”, but Jean Castex did not risk giving a precise timetable for the release of the third confinement and the reopening of the ” living spaces “ closed by the Covid-19. The Prime Minister confirmed a “Real decrease in viral circulation”, during his press conference on April 22, while calling several times for the “Vigilance”. Because if “The peak of the third wave seems behind us”, “The drop [épidémique] is half as fast as during confinement in November ”, warned the head of government.

→ EXPLANATION. At the dawn of a new deconfinement, the very slow decline of the Covid-19 epidemic

Lecturer in epidemiology at the University of Montpellier, Mircea Sofonea confirms this: “We are dealing with a period of slowing down of the epidemic, with a hybrid set of measures which would have been more effective in the face of the root virus, but unfortunately, the English variant dominates”. A specialist in the evolution of infectious diseases, the latter estimates the reproduction rate between 0.9 and 1, i.e. the average number of people infected by a patient, against 0.7 in the spring of 2020 and 0.8 in the fall. “In doing so, the epidemic is on the decline, but this decline is slower”, concludes the teacher.

For the release of confinement, Jean Castex only confirmed the end of the 10 km movement limit from May 3. The curfew will continue to apply at least until mid-May; period still targeted by the executive to open bars, restaurants and other cultural spaces, ” in stages, necessarily prudent and progressive ”.

Vaccination at Jonhson & Jonhson from April 24

In terms of vaccines, Johnson & Johnson’s product will be available to French people over the age of 55 from Saturday April 24, three days after the conclusions of the European Medicines Agency (EMA) on maintaining the benefit / risk ratio, despite a risk ” very rare “ blood clots. Particularity of this product compared to the three references already injected in the countries (Pfizer-BioNTech, Moderna and AstraZeneca): a single dose will suffice.

Olivier Véran also announced access to vaccination, “From next Monday”, on April 26, therefore, relatives of people in “Situation of severe immunosuppression”. He further indicated that he had seized the “Scientific committees” on the vaccination of people under 50 suffering from severe obesity.

“Test at all levels” in schools

In national education, the return to classes will be accompanied by a “Massive strengthening of testing capacities at all levels”, warned Jean Castex. Every week, two self-tests will be distributed to staff and each high school student will be screened in his establishment, from May 10, under the supervision of an adult. 400,000 saliva tests will also be deployed in elementary schools the week of the start of the school year, confirmed for April 26, at the same time as the kindergartens.

As applied before the establishment of containment, a single declared case will suffice to close the class. “This measure is obviously very strict, it will necessarily lead to a certain number of closures, but it is much better to have 1% of classes in France closing than to have 100% of schools closed”, defended the Minister of National Education, Jean-Michel Blanquer.

Government spokesman Gabriel Attal had promised to ” tighten the screw “ in airports, faced with the threat of penetration of certain variants of SARS-CoV-2. As of Saturday April 24, all passengers from Brazil, Chile, South Africa, Argentina, India and Guyana will have to undergo an antigen test and then respect, whatever the result, quarantine of ten days, upon their arrival on French soil.

→ READ. Covid-19: How do “travel bubbles” work between countries?

To ensure the effectiveness of “Sanitary lock”, the Minister of the Interior, Gérald Darmanin, asked for the ” enhancement “ checks by the police. To do this, the traveler must indicate to his airline the place of his next quarantine and provide proof, which will be checked in France. Once in solitary confinement, the newcomer will only be able to leave his quarantine between 10 am and noon, otherwise risking a fine of € 1,000 to € 1,500.