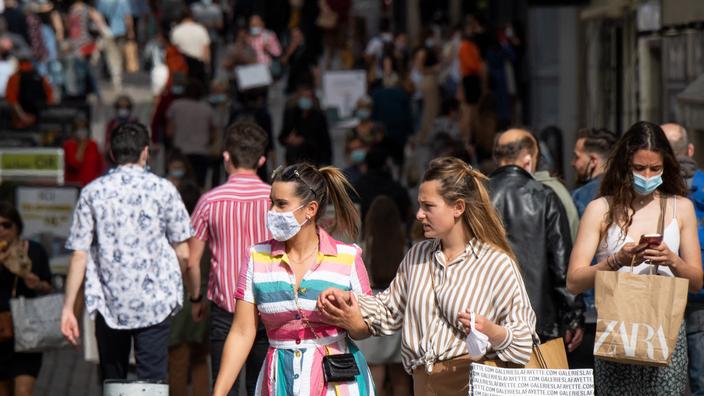 The morale of business leaders improved significantly in June, thanks to deconfinement, according to INSEE.

Businesses do not see the crisis. According to the latest data from INSEE, published on Thursday, the business climate is resisting surprisingly well, and is even recovering “distinctly“, in June. With the deconfinement and the resumption of activity, business leaders are optimistic and see the uncertainty rising with a smile.

Read also :Competition and its positive effects on growth

The synthetic indicator symbolizing the business climate thus jumped by five points in one month, reaching 113, its highest level “since mid-2007, clearly above its level before the health crisis (105)“And above its long-term average, set at 100. A notable increase since March 2021, when this indicator had plunged below 60 points, at the height of the crisis, its lowest level for more than 15 years old.

Morale in industry is stable, while that in services and retail is improving significantly. General outlook, planned activity, forecast demand, planned workforce … In the tertiary sector, “business leaders are even more optimistic than in the previous month», Underlines the note of the national statisticians. Certain sectors are particularly euphoric, such as accommodation and food services (128, its highest level since January 1989), information-communication or road transport of goods. Deconfinement gives these professionals encouraging growth prospects for the months to come.

Another indicator in the green, the employment climate is also improving, rising to 104, close to the level (105) before the health crisis. Here too, business leaders see the hiring outlook improving over the next three months. This is good news, driven by the summer and increased household spending in recent weeks.