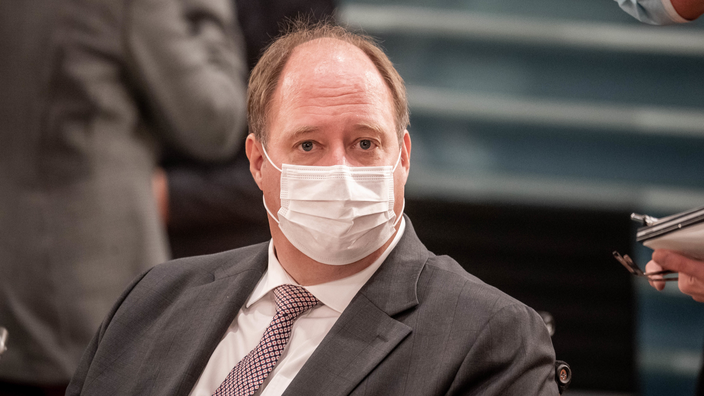 A device enshrined in the Constitution and historically dear to Germany, Helge Braun proposes to give up the brake on public debt in order not to limit the recovery plan in 2021.

No economic subject provokes as much controversy in Germany as that of the debt brake. The rule was verified again Tuesday after Helge Braun, the head of the chancellery, suggested permanently renouncing this constitutional device which drastically limits the level of indebtedness of the country. By prohibiting the federal government from borrowing the equivalent of more than 0.35% of its GDP, this measure has for years been the alpha and omega of German fiscal policy.

The debt brake gives us a long-term perspective on public finances, which we urgently need.

Already dented following the health crisis, this provision should now be sacrificed on the altar of growth, believes the daily Handelsblatt, one of the closest advisers to Angela Merkel, who goes so far as to propose, in this objective, to amend the Constitution. It is “Combine a strategy to revive the economy in Germany with an amendment to the fundamental law”, specifies Helge Braun, which would thereby avoid