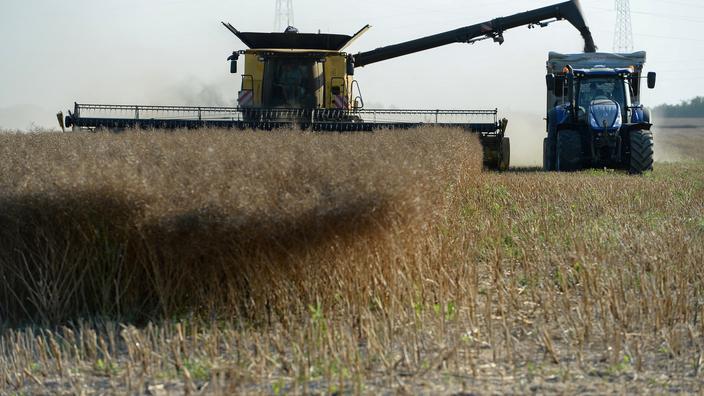 The families of self-employed farmers who died after illness, accident or suicide were not eligible until now.

A death benefit of nearly 3,500 euros will be paid to the families of non-salaried farmers who die after an illness, an accident or a suicide, who were not entitled to it until then, unlike other social security schemes, a voted the Senate on Friday.

Parliamentarians adopted amendments to this effect from the RDSE (radical majority) and the centrist Union groups as well as from the government, as part of the first reading examination of the 2022 Social Security budget.

The measure responds to a commitment of the government plan to support farmers in distress and suicide prevention, by allowing the agricultural social mutuality (MSA) to improve the assistance provided to families in the event of the suicide of the farm manager. or a family member working on the farm. Co-rapporteur Corinne Imbert (LR) supported a measure ranging “In the sense of greater equity” and which will not lead to an increase in contributions, as the government has undertaken to do.

For equity between agricultural policyholders, the amount of the death benefit must be equivalent to that guaranteed to the beneficiaries of agricultural employees, i.e. a lump sum of 3,476 euros (2021 value).

The Senate launched a consultation at the end of 2020 to collect testimonies from relatives of farmers in difficulty who have ended their lives, in order to “To develop useful and concrete avenues to fight against these silent tragedies”. The proposal for this death benefit was among the proposals at the end of the consultation. “It meets the expectations of these bereaved families”, underlined in the hemicycle the senator of Hérault Henri Cabanel (RDSE group).