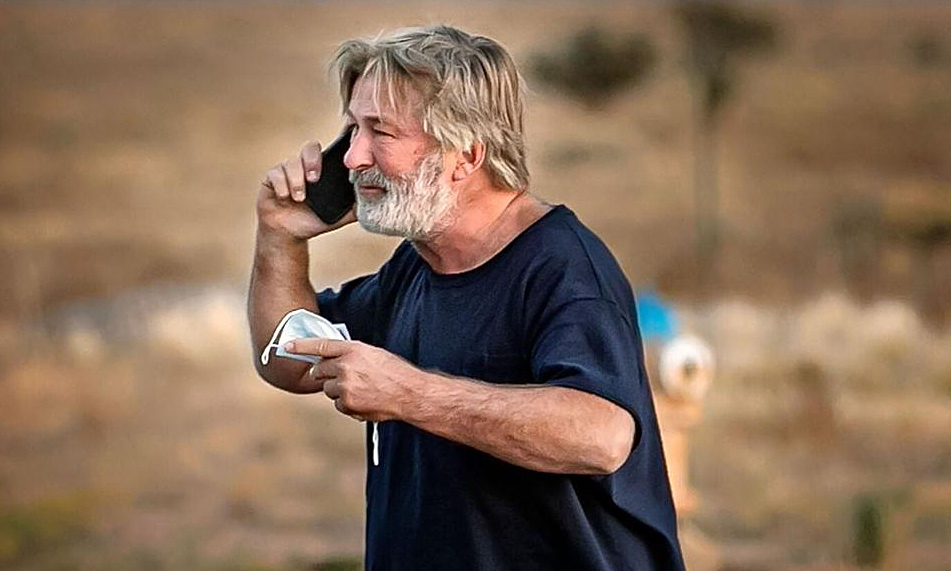 On October 21, the film world was shocked by the news that female image director Halyna Hutchins, 42, died on set. Rust in the state of New Mexico. According to the police’s initial investigation, the crew prepared a gun without ammunition for actor Alec Baldwin – the actor and producer of the project – to play the action scene. However, the gun suddenly exploded when Baldwin pulled the trigger, killing Hutchins and injuring director Joel Souza.

Follow The New MexicanPolice are sealing off the scene, continuing to investigate the cause. Some commented that the props team did not check carefully, leaving bullets or explosives in the barrel. No charges have been filed so far.

The film village has witnessed a number of catastrophic accidents involving firearms and explosions. Halyna Hutchins’ death reminds many people of Ly Quoc Hao – Bruce’s son. He passed away in March 1993 on set The Crow live North Carolina by a similar accident involving gun props. Ly Quoc Hao at that time acted out the scene of being shot at close range. The props team left a bullet stuck in the barrel, leading to the accident.

American actor Jon-Erik Hexum once caused his own death by playing with gun props. In 1984, on the set Cover Up, he had to act out a suicide scene with a shotgun. During the break, the actor held a gun and pretended to play “Russian roulette” with a fake bullet. However, Jon-Erik did not anticipate the gun could launch a bullet powerful enough to kill people at close range. He was taken to the emergency room but died after six days.

Accidents happened a lot in the 20th century, when movie studios still used bullets and real explosives when filming. In 1915, Cecil B. DeMille asked stuntmen to use real guns when filming The Captive. An actor accidentally failed to lock his gun, leading to the trigger being stolen and a co-star shot dead. Russian actress Inna Burduchenko suffered third-degree burns while filming a scene escaping a fire in Flower on the Stone (1962). She died a few weeks later in the hospital, three months pregnant.

The Screen Actors Guild of California used to estimate that from 1982 to 1986, about 5,000 people were involved in an accident while filming. The association’s report also found that during this period, there were 2.5 deaths per 1,000 injuries in the industry – a higher rate than professions such as law enforcement, road construction or mining.

Follow APSince 1990, there have been about 43 deaths on the American set. More than 150 actors or crew members suffered serious, life-threatening injuries. Outside the United States, the number of deaths while making films from 2000 to now is about 37 people.

In an article published on the website of the University of Illinois Chicago in 2007, Dr. Michael McCann said that the two main causes of fatal accidents on set are the tendency to make the most realistic action scenes possible and the abuse of plagiarism. tools such as weapons and explosives. Serious accidents often stem from action scenes such as helicopter flying, racing, falling from a height or using a gun. Most of the victims are stuntmen, cameramen or technical staff.

In recent years, fatal accidents in the film industry have shown signs of decreasing. However, some groups still have problems. In 2017, stunt expert Joi “SJ” Harris was killed while filming a motorcycle scene for the movie Deadpool 2. In 2016, an employee died while filming a movie set Blade Runner 2049 live Budapest, Hungary. In 2014, assistant cameraman Midnight Rider (2014) died after being hit by a train. Director Randall Miller received a two-year prison sentence for making the film without a license and lack of methods to ensure the safety of the crew.

Halyna Hutchins’ death on set Rust occurred in the context of Hollywood studios asking to improve the working environment and ensure the safety of employees. In early October, more than 52,000 members of IATSE – the International Coalition for Stage Workers – signed a strike agreement to call on the studio to increase wages, reduce working hours and improve working conditions. Just a day before the accident, Hutchins with Alec Baldwin and team Rust Group photo to support the strike movement. Halyna Hutchins wrote on her personal page: “We unanimously support and stand with IATSE”. She left before knowing the outcome of the movement.