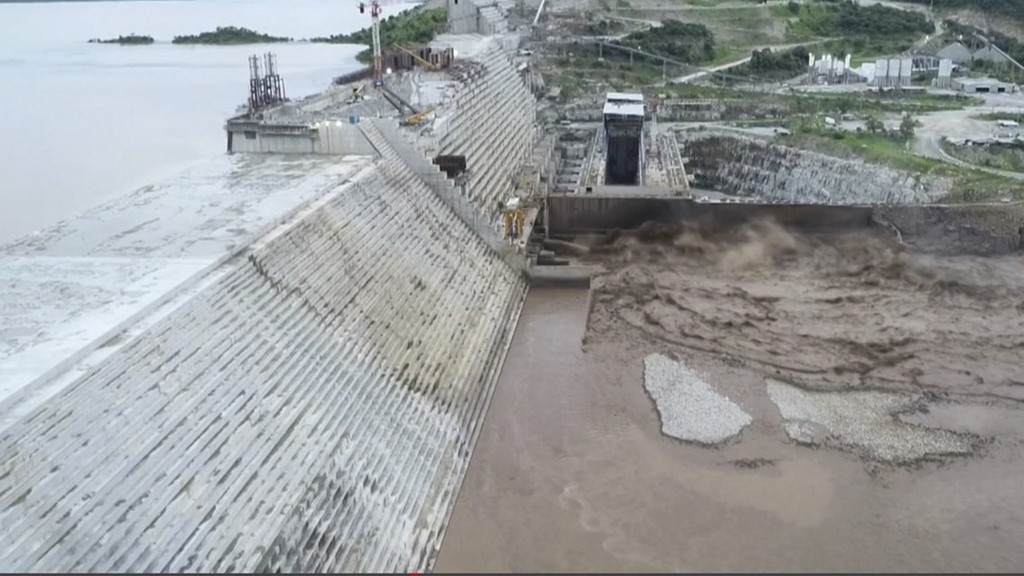 On July 21, the Ethiopian government claimed victory. The first phase of filling the great Renaissance dam (Gerd) did indeed take place despite the lack of agreement with Sudan and Egypt, the two countries downstream of the river. Some 4.9 billion cubic meters of water have been stored in the hydroelectric dam whose construction is completed on the Blue Nile.

→ INVESTIGATION. In Egypt, the water from the Nile, vital and wasted

Ultimately, the immense reservoir, 1,800 m long and 175 m high, will have a capacity of 74 billion cubic meters and the sixteen turbines will have a power of 5,150 megawatts, making the Gerd the largest hydroelectric production in Africa.

Egypt frightened by the idea of ​​a water shortage – when the Nile is its only source of supply – did not ultimately have to suffer from this first filling, as Egyptian geologist Abbas Al had agreed. Sharaqi in the columns of the daily Egypt Independent July 24.

And for good reason, torrential rains of exceptional intensity fell on Ethiopia and neighboring Sudan during the rainy season, which facilitated the filling, and unfortunately caused floods of the Blue Nile and the White Nile and devastating floods in Sudan last August and September.

Before Ethiopia plunged into civil war, Prime Minister Abiy Ahmed continued to challenge Egypt by promising to continue filling, with a target of 18.4 billion cubic meters for the summer of 2021 Will this phase also be painless for Egypt?

→ INVESTIGATION. “Renaissance”, the mega-dam of discord between Egypt and Ethiopia

In the review Nature on October 16, British and American scientists studied the different scenarios during the filling years, then during the operation of the dam, depending on whether it will be wet years as during the period 1955-1965, d “average” years such as those of 1943-1952 or of extreme drought comparable to the years 1978-1987.

Not only are wet or average years not a real problem for Egypt, Ethiopia will be able to generate electricity and Sudan will benefit from more regular Nile flows. This is obviously the prospect of a multi-year drought, “Inevitable at some point in the future”, underline the authors, which imposes to plan in advance this critical phase between the States, to coordinate the management of the two mega-dams of the Nile, the Ethiopian Gerd, and the Egyptian dam of Aswan.

The risk of “water panic”

In period of filling such a drought would force Egypt to draw on the Aswan reservoir and would experience a deficit from the fifth year, instead of the seventh without the Gerd. Conversely, during operation of the Gerd, the water releases from the dam would reduce the shortage in Egypt for four years, but the two reservoirs would eventually be almost exhausted.

Egypt is gradually losing its standoff over the Nile dam

In the absence of a good consultation between the two States, the authors fear that the drought will create “A water panic” when the Egyptians saw the level of the Aswan reservoir drop. Water panic is similar to financial panic, they argue. It leads to the hoarding of scarce resources (such as money, fuel or food) and becomes very difficult to manage.