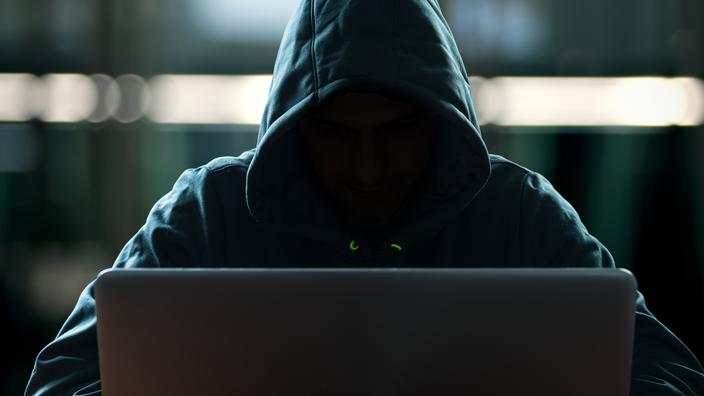 The Ministry of the Armed Forces has signed an agreement with the Public Interest Grouping Action Against Cybermalveillance (GIP Acyma) in order to “strengthen its end-to-end cyber defense chain”.

Cyber ​​attacks in France have quadrupled in the space of a year, forcing France and in particular its military to “Strengthen its end-to-end cyber defense chain”, said the Minister of the Armed Forces on Thursday.

Read also :Cyber ​​attack on Angers town hall, damage to the city and its inhabitants

“In just one year, between 2020 and 2021, cyber attacks have quadrupled”, assured Florence Parly. “If there is indeed a space where malevolence never sleeps, not even with one eye, a space where each of us can become the target, the vector, or even the amplifier of our threat, it is well the cyber space ”, she added by signing an agreement with the Public Interest Grouping Action Against Cybermalveillance (GIP Acyma). “The Ministry of the Armed Forces has the ambition to strengthen its end-to-end cyber defense chain, from the central administration to the SME subcontractor of a large defense group”, she further clarified.

Created in 2017, the GIP ACYMA brings together state actors involved in cyber defense, including the National Information Systems Security Agency (ANSSI), the departments of the Ministries of the Interior, Justice and the Economy and the Armed Forces as well as the State Secretariat in charge of Digital and civil society actors (consumer associations, federations and unions, insurers, etc.). In particular, the agreement will provide the GIP full-time with an officer from the Defense Intelligence and Security Directorate (DRSD), the intelligence agency specializing in counter-interference.

After the cyberattacks that brought two hospitals back to “All paper”, Emmanuel Macron confirmed in February a plan of one billion euros to strengthen the cybersecurity of sensitive systems. Florence Parly recalled that her ministry had devoted 1.6 billion euros to cyber defense over the period 2019-2025 under the Military Programming Law, also highlighting the recruitment of “1,000 cyber fighters by 2025”.

Read also :“It’s a tsunami, we have to reinvent everything”: in the hell of Dax hospital, target of a cyberattack

“The DRSD observed, in the second half of 2020, a large mobilization of individuals leading offensive cyber and propagandist actions of an Islamist nature. These actions led to a wave of disfigurement of websites of French entities or individuals linked to the Defense sphere ”, insisted the minister, noting attacks coming both from state powers, terrorist groups and their supporters.