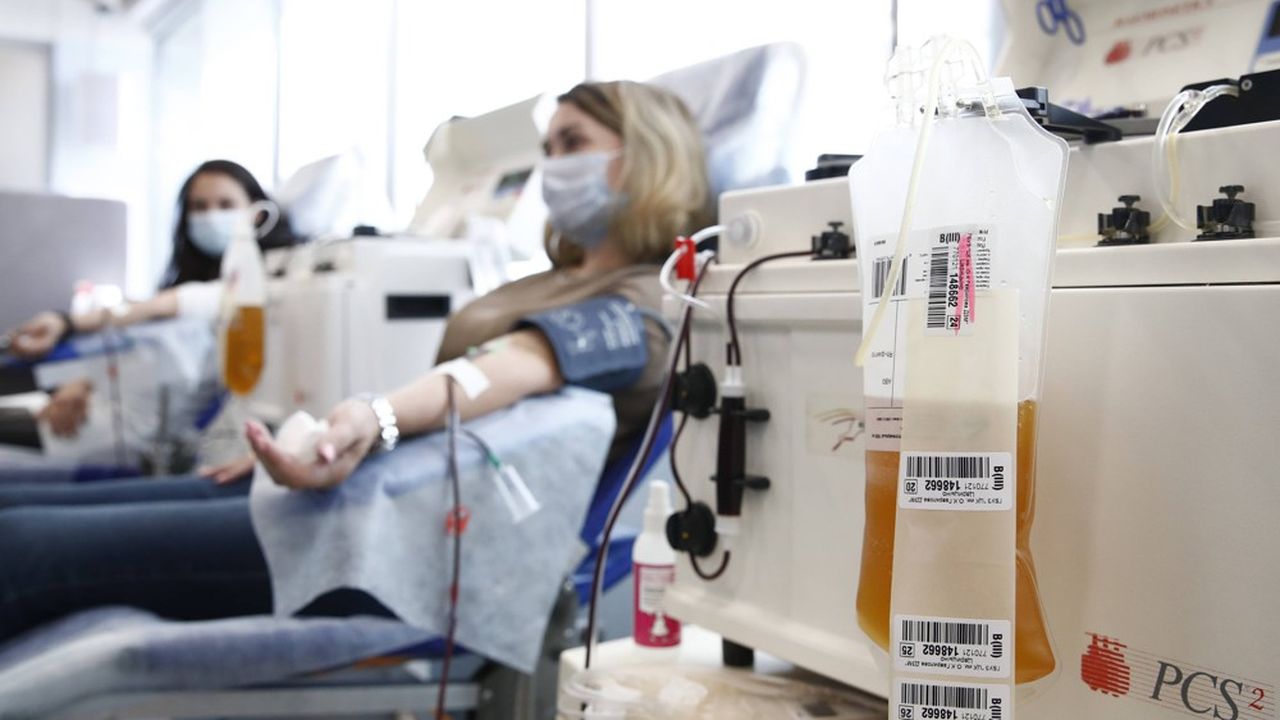 It was one of the treatments deemed promising at the start of the Covid-19 pandemic, but several trials had already concluded that it was ineffective. It is now the World Health Organization (WHO) which has decided: anti-Covid treatments using blood plasma from former patients have not been proven and should be avoided against mild or severe forms.

WHO experts “strongly recommend not to use convalescent plasma in patients with a mild form of the disease”, summarizes an opinion published in the “British Medical Journal”. They have a slightly less clear-cut position with regard to severe forms, also speaking out against the use of blood plasma from ex-patients but without adding the qualifier of “strongly”.

Under the Trump administration, the plasma transfusion treatment of surrendered patients had been urgently authorized in the United States by the United States Medicines Agency (FDA). At the time, however, she indicated that there was no formal proof of the effectiveness of this treatment. The latter was also authorized, outside a clinical trial, by the European Union in April.

In the context of around fifteen clinical trials, some of which were carried out in France, the liquid part of the blood of a cured patient was taken to administer it to patients, in order to transmit them the antibodies to fight the virus after an infection. But this therapeutic avenue has not given convincing results, according to WHO experts.

“There was no obvious benefit in terms of […] mortality or artificial respiration ”, they summarize, further emphasizing that these treatments are heavy and complex to administer. This is notably what the Recovery trial, one of the largest conducted on the subject, concluded.

The British research program, carried out on 5,800 patients, had concluded in March with identical results between the group treated with plasma and the control group. This lack of efficacy was also observed in all patient profiles. And so the trial had ended.

A persistent doubt about the serious forms

Experts do not fully bury this track, however, believing that there are still uncertainties as to its ineffectiveness against severe forms. They are therefore not opposed to the continuation of clinical trials within the framework of the latter.

A trial, Coviplasm, is being carried out in France by the Assistance publique-Hôpitaux de Paris (AP-HP) with the support of Inserm and the French Blood Establishment (EFS). Preliminary data published a year ago in the journal “Blood” indicated “an improvement in clinical symptoms”. But the final results have not yet been made public.