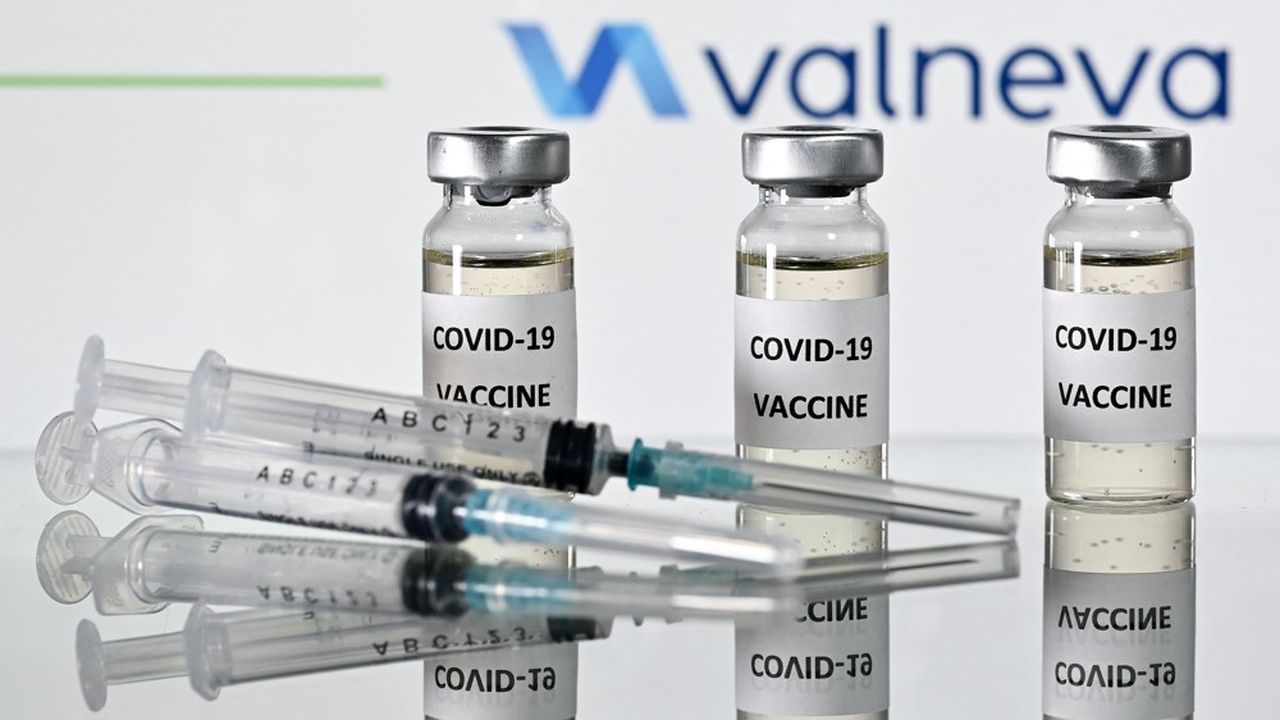 This is good news for Valneva, a month after the UK terminated its contract for 100 million doses. The Franco-Austrian laboratory reported, on Monday, “initial positive” results as part of its phase 3 trials for its candidate vaccine against Covid-19.

In a press release, Valneva announced that “the trial met its two main endpoints”. The vaccine candidate was compared in the study with the AstraZenaca vaccine. Faced with the latter, the vaccine evaluated “requested superiority in terms of average titers of neutralizing antibodies”. The antibodies have appeared in more than 95% of people vaccinated with the vaccine from Valneva, as with that from AstraZeneca.

Side effects side, the vaccine of Valneva was “generally well tolerated”, according to the laboratory. The “safety profile” of this candidate vaccine “was statistically significantly more favorable in comparison with” the AstraZeneca vaccine. A total of 4,012 participants aged 18 and over were recruited from 26 sites in the UK as part of the pivotal phase 3 trial.

This announcement was welcomed by stock market investors. After opening more than 35%, the Valneva share posted a jump of some 40% at midday, to around 17 euros.

For Thomas Lingelbach, CEO of Valneva, “these excellent results confirm the benefits often associated with whole virus inactivated vaccines”. “This is a much more traditional approach to vaccine manufacturing than the vaccines that have been deployed so far in the UK, Europe and the US,” says Adam Finn, principal investigator of the essay and professor of pediatrics at the University of Bristol, cited in the press release.

An additional vaccine for the EU?

On the strength of these good results, the laboratory indicates that it has “started the gradual submission of the initial authorization application file to the British health agency (MHRA)” which requires “a final validation of one of the tests used in the ‘trial’, currently ‘in progress’. It is also preparing “a gradual submission to the European Medicines Agency (EMA), as part of a conditional authorization request”.

This announcement comes a little over a month after the termination by the British government of its contract for 100 million doses. The information had caused the title of Valneva to fall heavily on the stock market. The French government then assured that the European Union remained interested in the vaccine of Valneva and continued its negotiations.

Valneva’s vaccine trials will continue. The laboratory has already announced an additional trial on over 56 years and specifies, this Monday, to have completed the recruitment of 306 volunteers to carry it out. A trial on 5-12 year olds is also in preparation, as well as a trial to assess the efficacy of this candidate vaccine used as a vaccine booster.