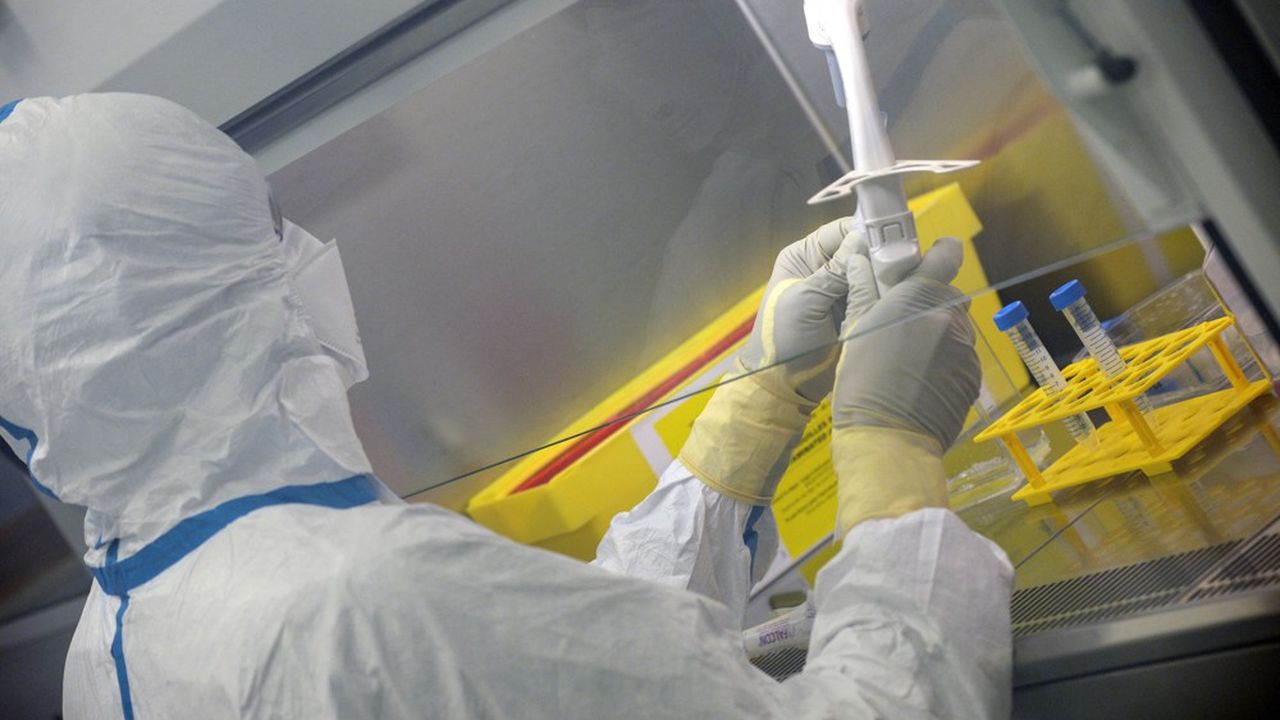 The blow is as hard as it is unexpected for Valneva, who sees an order for 100 million doses of vaccine against the Covid-19 escape him. “Valneva […] announced (this Monday) that it had received a notice of termination, by the British government, of the agreement to supply its candidate vaccine against Covid-19, VLA2001. The contract includes a clause allowing it to be terminated. (The latter) further claims that Valneva failed to meet its obligations, which Valneva vigorously contests, ”wrote the laboratory in a press release.

In the wake of the announcement, the Valneva share saw its value melt by nearly 40% on the markets, before recovering slightly in the middle of the morning.

Faced with this turnaround, Valneva claims to have “worked tirelessly” and to have “invested to the maximum of his abilities, in his collaboration with” the British government. “Significant resources” have been committed, and “very strong involvement” has been shown to meet the government’s demand for a variant vaccine.

The Franco-Austrian laboratory recalls that the results of its ongoing phase III clinical trial are expected at the start of the fourth quarter of 2021, with a possible authorization before the end of the year.

An additional test and a little delay

Valneva’s vaccine is based on a classic vaccination technology, namely that of the inactivated virus. Last April, the phase I and II trials gave good results and a phase III trial was launched in the wake, with a recruitment of participants completed in June.

In mid-August, Valneva announced an additional clinical trial, without specifying the reasons. It involved in particular “generating data in the elderly”, explained the biotech. But while Valneva planned to submit its authorization requests in the fall of 2021, the launch of this additional study delayed the deadline by several months.

Valneva also took advantage of this trial to assess the efficacy and safety of a candidate vaccine based on a variant of Covid-19, even if the strain had not been chosen at the time of the announcement. “The only inactivated and adjuvanted vaccine candidate against Covid-19 in clinical development in Europe”, this vaccine if it is authorized could indeed “be suitable for booster vaccinations since inactivated vaccines have in the past shown to be particularly suitable for this kind of vaccination, ”explains the laboratory.

As such, Valneva is part of a clinical study at Southampton University Hospital funded by the British government to assess the effectiveness of booster shots against Covid-19. Six other vaccines are being tested in this context. The first results of this study are expected this month, to guide the recall policy of the British authorities.

Strong British support from the start

The British government has been banking on Valneva’s vaccine candidate from the start. In July 2020, Valvena had received 14 million pounds (15.8 million euros) to increase the capacity of its Scottish production plant to 200 million doses. The British Medicines Agency has also supported the biotech in scaffolding its clinical development plan.

The United Kingdom had signed in September 2020 a pre-order of 60 million doses for 470 million euros, with options for the supply of 130 million additional doses between 2022 and 2025. The country had exercised its option for 40 million euros. additional doses in February 2021. In return, it should be given priority in deliveries if the vaccine were to be authorized.

The European Union, for its part, has not concluded an agreement with the Franco-Austrian laboratory. The latter had given up in April discussions for the centralized supply of vaccines via the European Commission’s purchasing program. He then said he was focusing on bilateral discussions with member states.