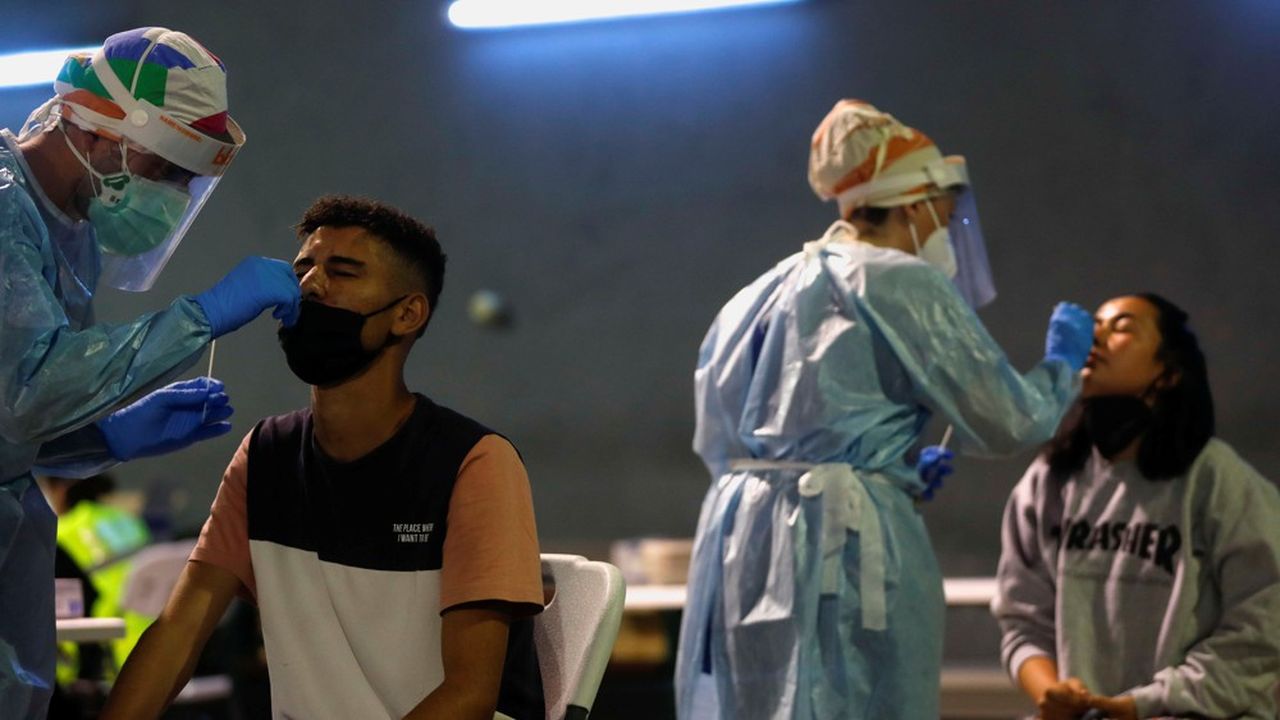 First detected in Peru at the end of 2020, Lambda – the seventh official “variant of interest” to date – has spread to 29 countries. According to the World Health Organization (WHO), 82% of new cases detected in May and June in Peru were affected by this seventh variant of SARS-CoV-2. New cases of the Lambda variant are gradually increasing in Colombia, Brazil, Bolivia and Uruguay. In Chile, nearly one in three new cases is affected by the Lambda variant.

A study from the University of Santiago de Chile, published last Thursday, warns against this Lambda variant, whose contagiousness could be higher than that of the Gamma and Alpha variants. Jeff Barrett, director of the Covid-19 Genomics Initiative at the Wellcome Sanger Institute (genomics research institute) in London, says that this variant “has an unusual set of mutations” compared to other variants.

Covid-19: the key figures of the day in France

“An unusual set of mutations”

The researchers are looking in particular at the mutation called L452Q, similar to the L452R mutation which contributed to the increase in infectivity linked to the Delta variant. However, the UK Department of Health said on June 23 that there was no evidence of further contagiousness of the Lambda variant so far. A possible resistance to vaccines is also mentioned.

As for the WHO, it has not changed the classification of this variant, still considered as a “variant of interest” and not as a “variant of concern”. Only the Alpha, Beta, Gamma and Delta variants, originally detected in the UK, South Africa, Brazil and India respectively, are classified as “variants of concern”.

According to the latest risk analysis report from Public Health France and the CNR of respiratory infection viruses on emerging variants of SARS-CoV-2 dated June 30, the Lambda variant is also progressing in Europe, where it is detected in 9 countries, including France.

The Delta Plus variant detected in France

The Delta plus variant, resulting from a mutation of the Delta variant, was classified on June 22 by India as a “variant of concern”, while studies remain unclear on this subject. Mircea Sofonea, lecturer in epidemiology and evolution of infectious diseases at the University of Montpellier, said on France Culture that “everything comes from a press release from the Indian Ministry of Health”. In France, only 8 cases out of more than 53,000 analyzed sequences were detected. This new strain of the coronavirus is also present in the United Kingdom and Portugal.