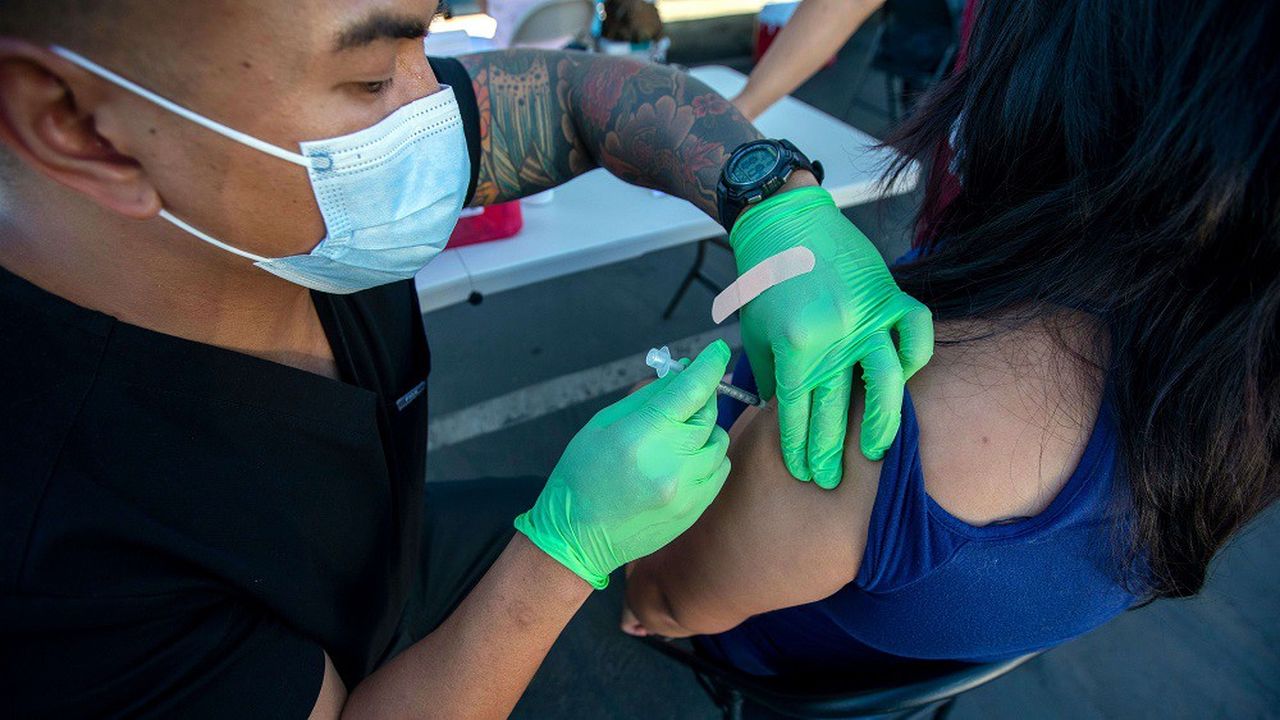 Americans and Europeans already fully vaccinated with two doses of the Pfizer / BioNtech vaccine may have to reschedule for a new dose. In any case, this is what Pfizer / BioNTech recommends.

The duo announced Thursday to plan to request “in the coming weeks” authorization for a third dose of its vaccine against Covid-19, in the United States and in Europe in particular. This booster dose is intended to provide enhanced immune protection.

“Preliminary study data shows that a booster dose given six months after the second dose has a consistent safety profile, while eliciting high levels of neutralizing antibodies” against the virus, including against the Beta variant , appeared in South Africa. These levels are “five to ten times higher” than those seen after the initial two doses.

Decline in effectiveness against symptomatic cases

The two companies also point out that their vaccine has shown good results in the laboratory against the Delta variant and that a third dose would therefore be able to strengthen immunity against it as well. Tests are underway to “confirm this hypothesis”, they assure.

“Even if the protection against severe cases of the disease remains high for six months, a decline in its effectiveness against symptomatic cases over time and the emergence of variants is expected,” their statement explains.

Covid-19: the key figures of the epidemic in France

The Delta variant, which is currently causing epidemic outbreaks in Asia and Africa, and is pushing up the number of cases in Europe and the United States, is of particular concern. Its level of contagion led the World Health Organization (WHO) to warn that “the world was at a dangerous point in this pandemic” whose death toll has exceeded four million.

These new data from Pfizer and BioNtech will be submitted “to the FDA, the EMA and other regulatory authorities in the coming weeks”, specify the two companies. In the meantime, the U.S. Drugs Agency, FDA, and Centers for Disease Prevention and Control (CDC) have issued a joint statement in which they stress that “fully vaccinated Americans do not need a recall at present ”. The authorities say they are ready to “administer booster doses if and when science has shown that they are necessary”.