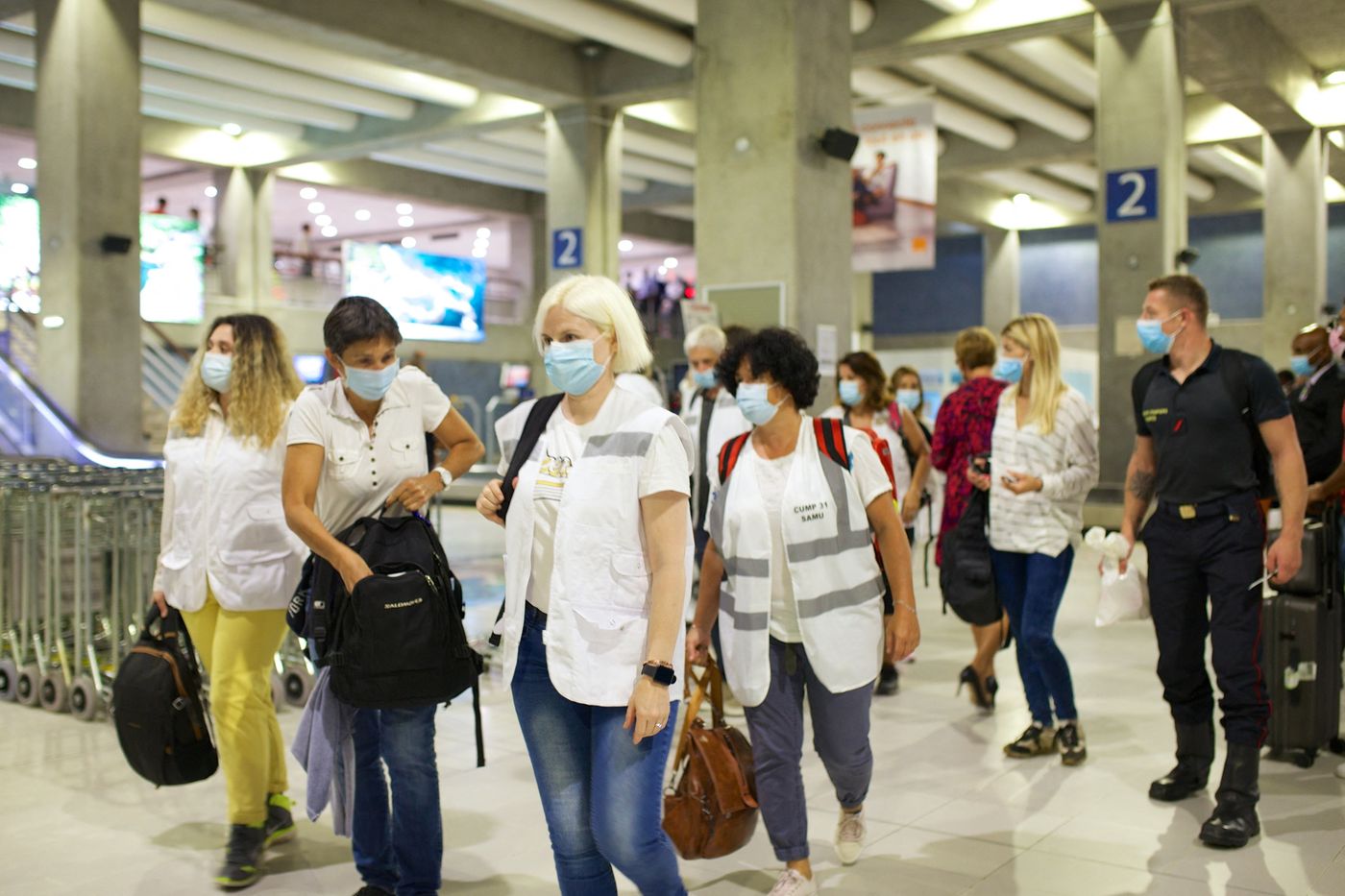 “Discreetly, we are talking about a complicated situation. The reality is that we are all in a state of bewilderment.“ Karim Mameri, resuscitator in Rouen, arrived at the Pointe-à-Pitre University Hospital in Guadeloupe on Tuesday, August 10, after responding to the call for mobilization launched by Olivier Véran. A call widely heard: Karim Mameri is one of the 260 medical personnel sent to reinforce caregivers in the West Indies. This Tuesday, August 17, 105 additional colleagues arrived.

→ READ. Covid-19: in Fort-de-France, Olivier Véran speaks of a “situation beyond measure”

→ READ. Covid-19: third dose in the United States, confinement in Polynesia … The recap ‘of August 18

An inevitable triage of patients

More than necessary reinforcements for these overseas territories facing a fourth wave “dramatic“, in the words of Emmanuel Macron. The West Indies record unprecedented incidence rates (read below), which logically induce a surge in the number of serious forms. “And we have not yet reached the epidemic peak, despairs Benjamin Garel, the director of the CHU of Fort-de-France. For now, it is difficult to know how far the wave will rise.We don’t see the end of it.“

In Guadeloupe, where we deplore an average of seven deaths per day, the sorting of patients admitted to intensive care has become inevitable. “It is terrible to have to tell patients in their sixties that they will probably not be eligible for resuscitation if their condition worsens”, testifies, moved, Karim Mameri. Initially come to lend a hand for two weeks, the resuscitator and coordinator of the personnel who arrived as reinforcements will finally stay for three weeks.

In the end, it is thus a maneuver qualified as“extraordinary“ by Valérie Denux, the director of the Guadeloupe Regional Health Agency, which got under way, at the bedside of the Antilles. In less than two weeks, 54 new intensive care beds were opened in Guadeloupe, 41 at the CHU of Fort-de-France (Martinique). Openings made possible by the “exceptional mobilization of metropolitan caregivers, despite the trying year they have lived“, also underlines, gratefully, Benjamin Garel.

→ ANALYSIS. In the West Indies, the reasons for mistrust of the vaccine

In all, thanks to the nearly 300 nurses, resuscitators and anesthesiologists and other nursing assistants who have come to swell the ranks of the West Indian staff, for the most part interrupting deserved leave, Martinique and Guadeloupe should each have more than a hundred resuscitation beds by the end of the week. “It is an unprecedented rise in power and which is not yet complete”, explains Valérie Denux.

But medical personnel alone are not enough. The opening of beds also requires equipment and infrastructure, requisitioned well beyond the usual resuscitation services. “We need oxygen outlets that do not have all the rooms in the hospital, explains Benjamin Garel. For example, we have just closed an operating theater, which opens up 12 additional resuscitation places. “

In addition to the equipment sent from the metropolis, hospitals also benefit from the assistance of the army. “Thanks to their equipment, the soldiers were able to equip about twenty beds to make resuscitation beds.“, explains the director of the CHU of Fort-de-France.

To respond to needs “immense “ in oxygen for Covid patients, a ton of medical oxygen is also on its way to the West Indies, transported by military boat from Guyana. Expected this Thursday, August 19, the load should be distributed between Guadeloupe and Martinique according to needs.

As a last resort, evacuations are also organized at regular intervals to the metropolis, in order to free up places. “Six more patients must leave Guadeloupe this Wednesday, specifies Karim Mameri. But in order to evacuate, the patients must be stable enough to travel by plane. And for many, this is far from the case.“

The average incidence in France is 245 and the alert threshold is set at 50.

In French Polynesia too, the incidence rate soared to 2,614 cases per 100,000 inhabitants. To avoid hospital saturation, confinement will be extended to the whole weekend.