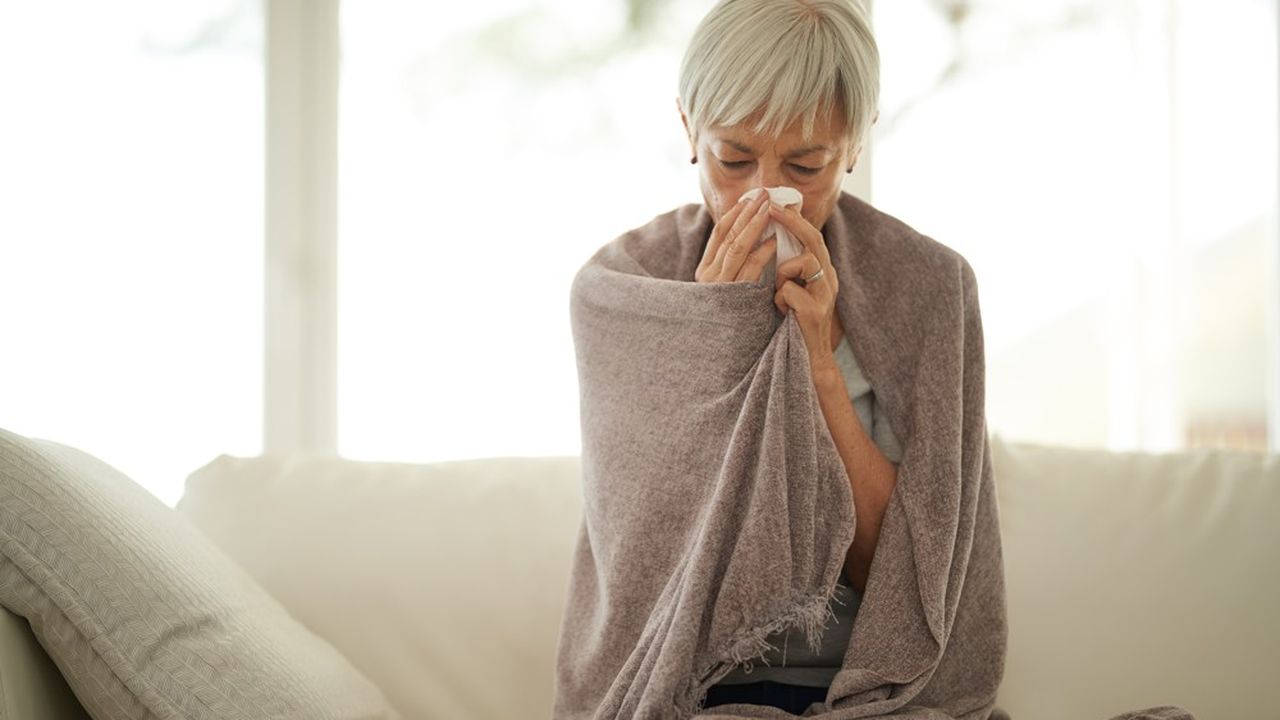 The fifth wave of Covid is swelling in Europe, leading to curfews in the Netherlands, restrictions in bars and restaurants in Italy, compulsory tests in Germany for unvaccinated people wanting to move and until their total reconfinement in Austria. If Europe is broadly vaccinated overall, with the exception of children, this does not prevent significant differences between countries. The Delta variant, more contagious than its predecessors, strikes more particularly where vaccination coverage is lowest.

But in addition to vaccination – increased pressure is being put on the recalcitrant – the health authorities should soon have a new weapon to stop the epidemic resumption, with the development by Merck-MSD and Pfizer of the first drugs. oral antivirals specifically designed against SARS-CoV2. This was not the case with Gilead’s remdesivir, which was simply repositioned for the occasion.

While the two products have different mechanisms of action, they both have the same goal: to prevent the virus from multiplying. Based on results from Phase III clinical trials, they reduce hospitalizations by 50% for Lagevrio (molnupiravir) from Merck-MSD and 90% for Paxlovid from Pfizer, when administered in within five days of symptom onset.

Pfizer, which published the results of its trial on November 5, has just submitted the Paxlovid dossier to US health authorities and the Biden administration is said to be on the verge of ordering 10 million doses for some $ 5 billion. The Lagevrio is already being examined on the other side of the Atlantic since October 11, and by the European agency since October 25. The latter said she was ready to accompany national authorities who, in an emergency, would like to use the drug from Merck-MSD before she has pronounced herself. The UK is the first to give the green light and has ordered 480,000 treatments. The United States has reserved 300,000.

The authorities must deal with the new outbreak of the epidemic, which prompts them to rule quickly while the clinical trials on which the files of the two products are based include few patients (less than 1,000 in each case). Due to the good results of the trials in terms of efficacy, recruitment was in fact stopped early, so much so that we ultimately know little about these drugs, except that they work, as noted in an article by “Nature” of November 10.

What we don’t know

The laboratories claim that their products will be used for a short period (5 days), thus hoping that they will be tolerated as well in the general population in the test sample. However, some scientists have observed that Paxlovid will be administered together with ritonavir, a drug against HIV-AIDS, in order to lengthen its presence in the body. However, this antiviral interacts with a series of molecules commonly used against cardiovascular and immune diseases or against pain.

It is also not known whether these antivirals are as effective against the Delta variant as against other strains, although the sample of patients in the trials included those who had been infected with it, but in too small a proportion. And the studies carried out in addition, in vitro, are not enough. The answer will only be provided when they are used on a large scale. The Biden administration is said to be about to order 10 billion doses of the

Finally, still because of the size of the sample retained, it is not known whether age, ethnic origin or co-morbidities have an influence on the effectiveness of the two treatments. It is also not known whether the timing of the drug (within five days) has an impact on its effectiveness. Once these drugs have been authorized, it will therefore be necessary to learn how to optimize their use, in particular if we want to use them in addition to vaccines in the most vulnerable people.

Merck MSD and Pfizer are also both conducting trials to see if their products could play a preventive role in people who have been exposed – contact cases. But the results are not yet known as the epidemic resumes. Last unknown, can these drugs, by lowering the viral load, help reduce the circulation of the virus, thus slowing the spread of the disease? This is the bet.

The laboratories hope so because a study by the investment company Bernstein estimates, if all goes well, the market for Covid antivirals for the United States alone at $ 6 billion. Market shared by Merck MSD and Pfizer after the failure of the Roche product.

Beyond the developed countries, the two laboratories have signed licensing agreements with the Medicines Patent Pool (the NGO that manages the granting of voluntary licenses from patents to which it is given access). Generic manufacturers will be able to produce their drugs to serve a hundred low and moderate income countries, precisely those which have not had sufficient access to vaccines so far.