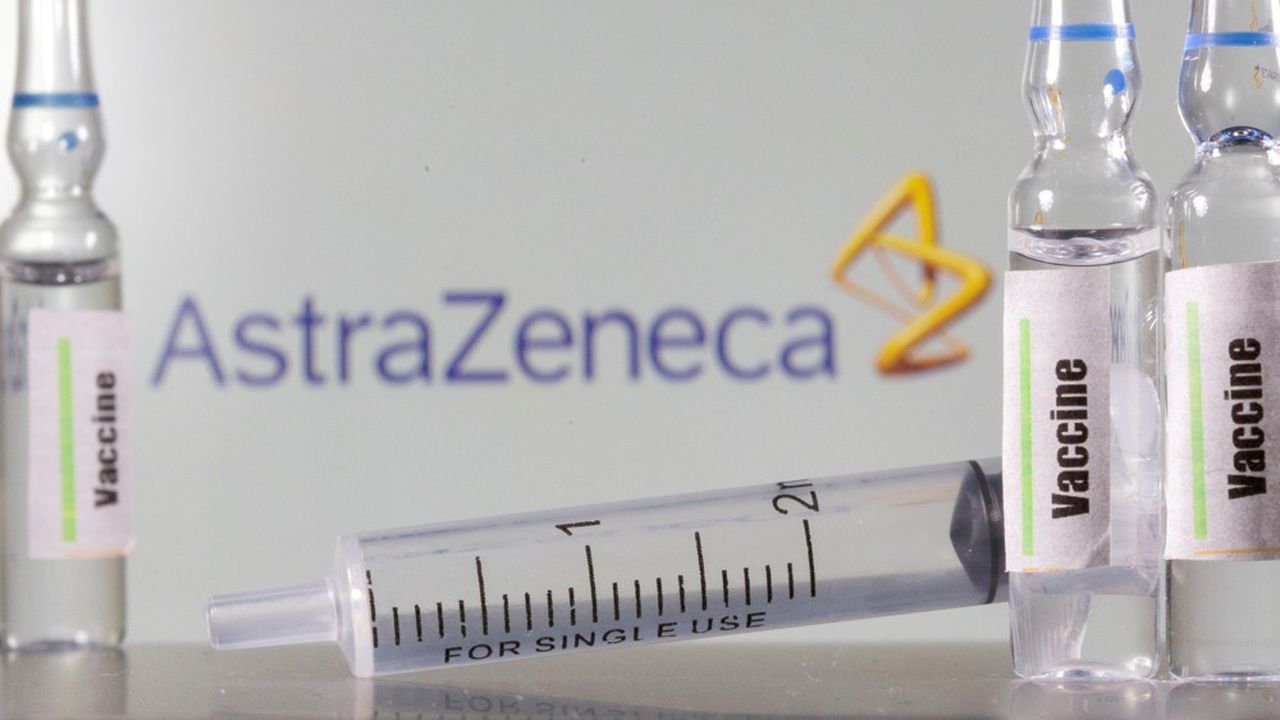 The therapeutic arsenal in the fight to control the Covid-19 epidemic is growing. The European Medicines Agency (EMA) on Friday recommended the granting of a conditional marketing authorization for the vaccine developed by AstraZeneca, for people over 18 years old. In the process, the European Commission issued a conditional marketing authorization for the treatment.

According to the results of clinical trials taken into account by the European health agency, one carried out in the United Kingdom and the other in Brazil, the vaccine from the Anglo-Swedish laboratory is 59.5% effective. The safety of the treatment has also been demonstrated in all studies, assures the AEM. The chosen vaccination schedule consists of two equal standard doses taken between four and twelve weeks apart.

Manufacturing and delivery of doses

This authorization from Brussels comes nearly a month after the British health agency issued the precious sesame. Consequence: already 10% of the population is vaccinated across the Channel, three times more than some European countries. Above all, the European authorization comes after tumultuous discussions with the 27 over its unforeseen delivery delays in recent days.

Bruno Sepodes, CHMP Vice-chair: “The evaluation of overall safety and efficacy was based on clinical studies that included 24,000 people. We will also soon receive additional data coming from a study currently ongoing in the US.”

Under pressure from the European Union and in particular from the President of the European Commission, Ursula Von der Leyen, AstraZeneca published the contract signed between the two parties. The text says UK manufacturing sites must be included in the delivery arrangements for the EU. Details on the number of doses and delivery dates were, however, blacked out in the version released by Europe.

“I expect AstraZeneca to deliver the 400 million doses as planned. We will continue to do everything to secure vaccines for Europeans, our neighbors and our partners around the world, ”declared the Head of the European Executive, when announcing the conditional marketing authorization.

What about the elderly?

“AstraZeneca continues to work […] to ensure broad and equitable access without profit during the pandemic, ”explains the laboratory. “The (EMA) recommendation highlights the value of AstraZeneca’s Covid-19 vaccine, which is not only safe and well tolerated but also easy to administer and, importantly, fully protects against severe forms of illness and hospitalizations ”, welcomed its general manager Pascal Soriot.

Earlier today, Emmanuel Macron expressed doubts about the effectiveness of the vaccine for the most vulnerable people. “Today we think it is almost ineffective for people over 65 […] What I can tell you officially is that the first feedback we have today is not encouraging for those over 60-65 years old on AstraZeneca ”. The President of the Republic had added “await the expression of the French High Authority of Health”. The latter has yet to give its approval for use in France. It should be pronounced at the beginning of next week.

Emmanuel Macron’s position follows that of Germany. On Thursday, the German commission had indeed advised against the use of this vaccine for those over 65, considering that the data from clinical trials on this subgroup are not sufficient. The laboratory ensures that its treatment developed by researchers at the University of Oxford is also effective for this part of the population, the most at risk and the first concerned by all vaccination campaigns in Europe. The European Medicines Agency estimates for its part that “there are not yet enough results concerning patients over 55 years old to determine how the vaccine works in this group”. She awaits further information on this subject of studies still in progress.

Overall, according to the first results from Phase III clinical trials, published by AstreaZeneca at the end of November in the scientific journal The Lancet, its vaccine is on average 70% effective. Efficacy was 62% for a first subgroup of participants, the largest (nearly 8,900 people), who had received two full doses. The second subgroup (more than 2,700) had, for its part, first received a half-dose before receiving a full one, a month later, with an effectiveness of 90% this time. The University of Oxford, partner of the Anglo-Swedish laboratory in the development of this vaccine, then recognized a dosage error in the second subgroup, before announcing the conduct of a new trial to test the drug again. lowest dosage.

It is the third vaccine to benefit from conditional marketing authorization in Europe. After those developed by the German biotech BioNTech, in partnership with Pfizer, and the American Moderna.

If the first two vaccines use a vaccine platform based on messenger RNA (part of the genetic instructions of the virus are brought into the body, it is up to it to learn how to reproduce it and fight it), the treatment of AstraZeneca is “viral vector”. This time, it is a question of taking part of the virus that we want to fight and attaching it to a living benign virus. The latter offers the advantage of replicating and spreading, thus stimulating an immune system response. The living benign virus makes it possible to use less adjuvants than with an inactivated virus.