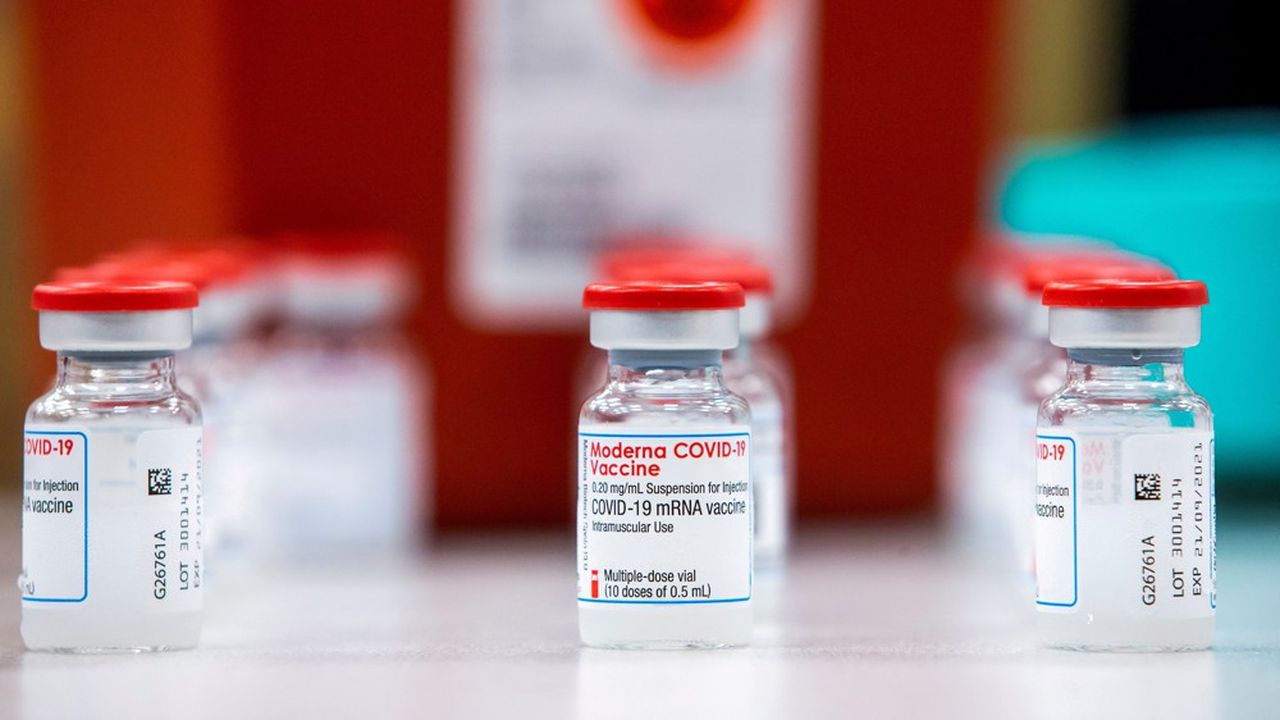 The appearance of variants of the coronavirus resistant to the immunity provided by the vaccination against Covid-19 makes epidemiologists shudder, who fear a resumption of the epidemic. To avoid this, Moderna has developed “boosters”, vaccines administered after the first two doses, to increase immunity to mutations in the coronavirus.

On Wednesday, the American biotechnology company announced that these booster vaccines “increased the titers (levels, Editor’s note) of neutralizing antibodies against SARS-CoV-2 and two variants of concern”, namely the SUD-African and Brazilian variants. . “These new data strengthen our confidence in the idea that our booster (dose) strategy should provide protection against these new variants,” Stéphane Bancel, boss of Moderna, said in a statement.

For these phase 2 trials, forty people who had already received the two doses of Moderna vaccine required for immunization received a third one six to eight months later. Three formulas are tested: a third dose of the initial vaccine (mRNA-1273), a dose of a formula specifically created against the SUD-African variant (mRNA-1273.351) and a dose combining the two formulas.

The results of the combination of the two formulas are not yet available. On the other hand, for the other two “boosters”, the antibody levels “increased to similar or higher levels” than those noted after the first series of two injections, underlines the company. The vaccine formula developed specifically against the SUD-African variant was found to be more effective against it than the original vaccine, Moderna added.

The biotechnology company specifies that these vaccine boosts “were generally well tolerated”. The most common side effects reported were pain at the injection site, as well as fatigue and headache. The “booster” developed against the SUD-African variant seemed to be better tolerated than a third dose of the initial vaccine.

Moderna boss Stéphane Bancel thus welcomed the messenger RNA “allows the rapid manufacture of vaccine candidates which include key mutations in the virus, potentially allowing faster development of future alternative vaccines”. “We will continue to make as many updates as necessary to our Covid-19 vaccine in order to bring the pandemic under control,” he added.