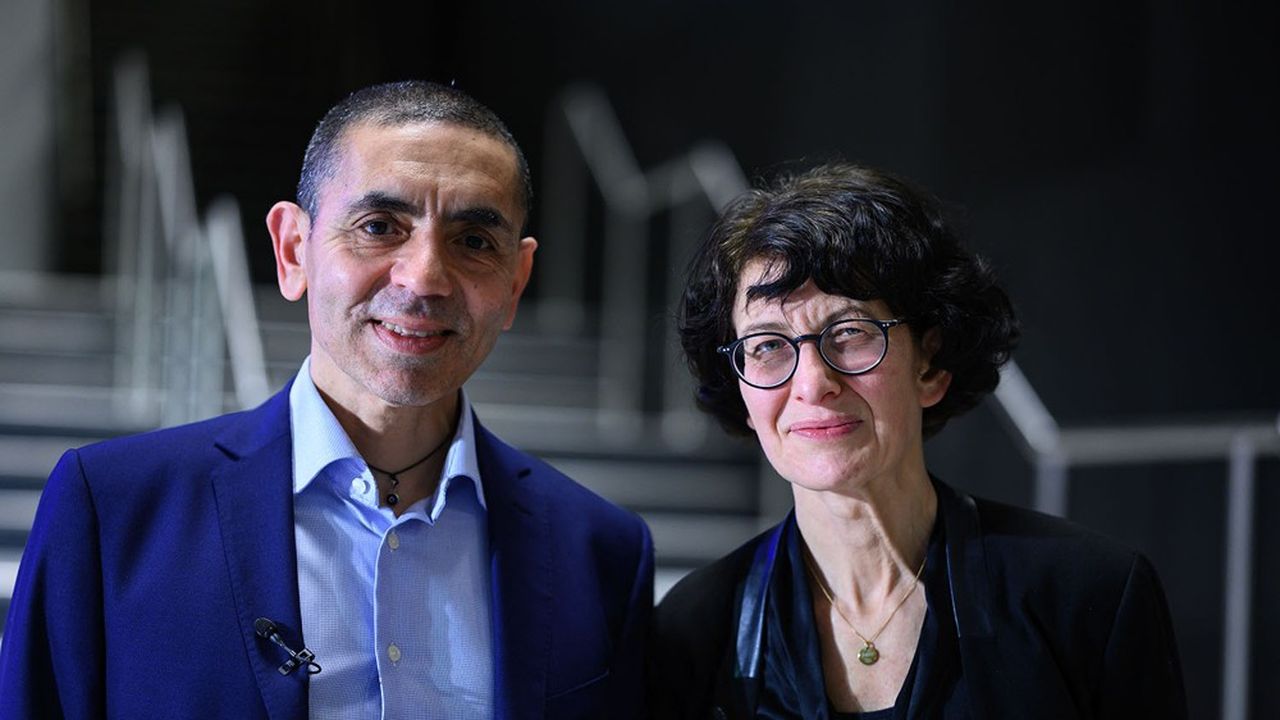 Modestly, the co-founder and CEO of BioNTech, Ugur Sahin, indicated at the end of April during a digital press conference his joy at “being able to help” with a vaccine against the coronavirus. Especially since the German biotech specializing in messenger RNA technology to fight cancer had not thought of it at first. Developed with the American Pfizer, this vaccine now has stratospheric effects on the accounts of the company based in Mainz.

The order book fills up

Enough to augur an annual profit of at least 6 billion euros, which would make it the most profitable German pharmaceutical group, underlines the daily “Handelsblatt”. This perspective, which feeds on the efficacy of the vaccine on the variants of the coronavirus, has boosted the price of Biotech. It was up more than 6% by mid-afternoon on Monday.

It must be said that the medium-term trajectory of the company, which has already delivered more than 450 million doses of its vaccine in 91 countries, is promising. Studies are underway but Ugur Sahin believes that we will have to continue living with the occurrence of localized waves of coronavirus which will require people to revaccinate every 12 to 18 months to maintain their immunity. In addition to 1.8 billion doses that have already been ordered for 2020, BioNTech announces that it has already signed the first contracts for 2022 and beyond.

Ugur Sahin confirmed his reluctance to the US call to lift vaccine patents, stressing that this would not solve current capacity issues, with a new plant requiring an average of a year to be operational. His company is mobilizing on the other hand to increase his to 3 billion doses for the current year and more in 2022.

Its new Marburg site has been contributing since last month and BioNTech announced on Monday its intention to set up an mRNA active ingredient production plant in Singapore, which is scheduled to come on stream in 2023. The company also has signed a letter of intent with its Chinese partner Fosun for a joint venture that will establish a production plant for the Covid vaccine in China.

So many capabilities that should also allow BioNTech to broaden the spectrum of people vaccinated: the company is awaiting the green light from the FDA across the Atlantic to vaccinate 12-15 year olds and tests are underway for the youngest, including the results will be known in the third quarter.

These developments have slowed down BioNTech’s cancer research, but the company reports further acceleration in this area with 14 product candidates in 15 ongoing trials. The windfall brought by the vaccine will also allow it this year to invest up to 850 million euros in its research, or more than 50% of the investments made over the past twelve years.