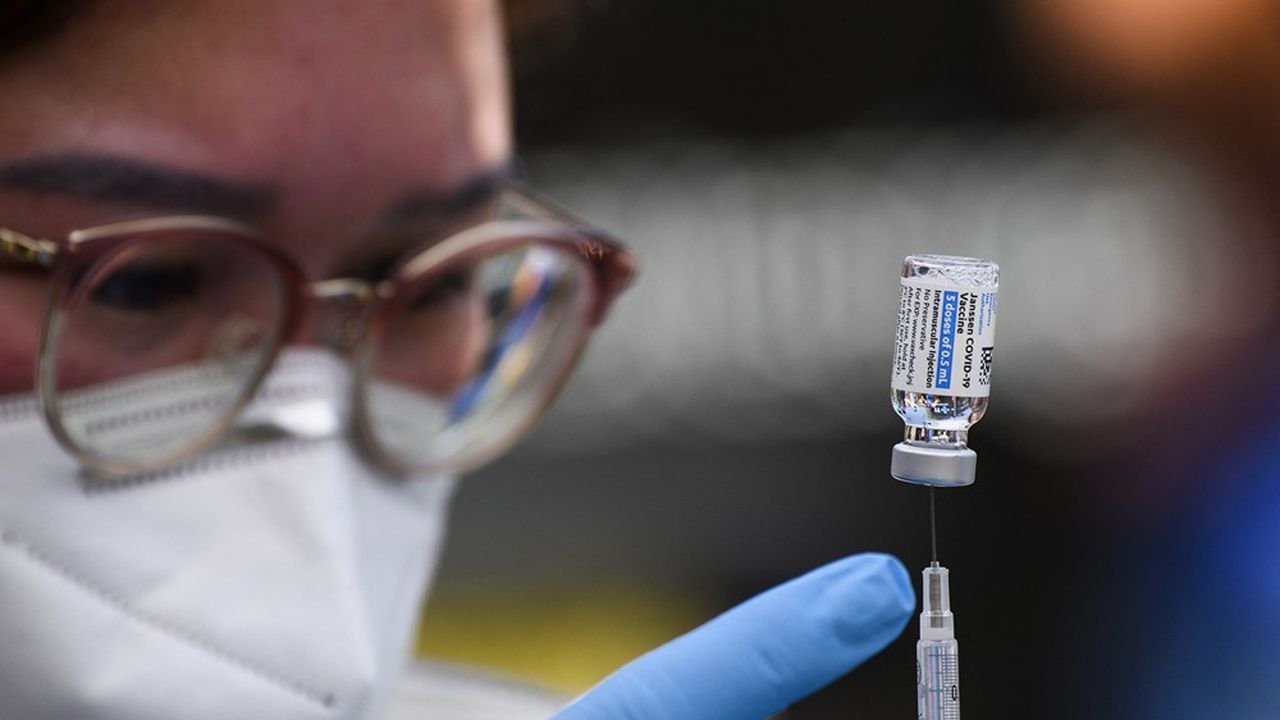 This was its main peculiarity: the Johnson & Johnson Covid vaccine originally required only one injection. But while many countries already administer booster doses of Pfizer or Moderna vaccines, it might be no exception to the rule, and require a second injection.

According to data published on Tuesday by Johnson & Johnson, the administration of a second dose, two months after the first injection, significantly increases the effectiveness of his vaccine. The booster dose provided 100% protection against severe forms of the disease, says the American company.

A first dose that remains effective

In detail, this second injection was found to be 94% effective in preventing symptomatic infections, in the American part of the phase III trial. A proportion which drops to 75% over the entire test.

When it was authorized in early 2021, the effectiveness of the Janssen vaccine was estimated at 96% against hospitalizations and 76% against severe forms of Covid-19. It would also prevent two thirds of symptomatic forms. This Tuesday, the company revised these percentages. Vaccination, in one dose, reduced hospitalizations by 81% and infections by 79%, advance Johnson & Johnson. High efficiency but lower than that observed after a second injection.

This “booster” also makes it possible to multiply by twelve the production of antibodies when it is administered six months after the first injection. These results confirm, and even exceed, provisional data published in August. The “Wall Street Journal” argued that a second dose of vaccine led to a nine-fold increase in antibodies in the vaccinated patient compared to the level obtained with the first dose.

However, the antibody level varies widely depending on when the second dose is injected. When given two months after the first injection, it would trigger a four- to six-fold increase in antibody levels.

Initially deemed promising, especially for vaccination campaigns in developing countries, due to its characteristics (single dose, storage conditions less restrictive than for mRNA vaccines), Janssen’s anti-COVID vaccine has been largely abandoned. , due to its rare but potentially serious side effects (atypical blood clots, Guillain-Barré syndrome).

In France, only those over 55 can receive this vaccine. Considering that “the available data do not confirm the long-term effectiveness of the vaccination schedule at one dose of the Janssen vaccine against the Delta variant”, the High Authority for Health has decided to recommend the injection of a single dose. of mRNA vaccine (Pfizer or Moderna) from 4 weeks after the injection of the J & J vaccine. The question of a booster with the J & J vaccine should therefore not arise.