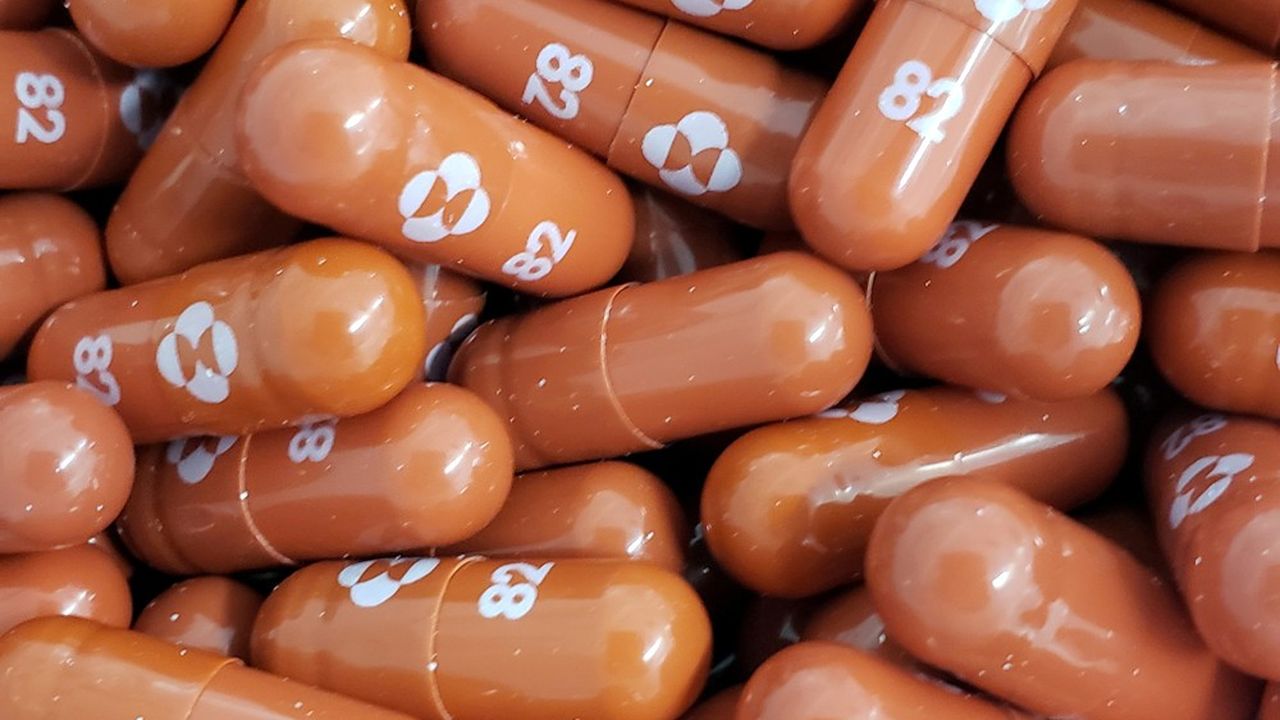 While Europe fears a new wave of contamination, a tool is added to the arsenal of fight against the pandemic. Just authorized in the United Kingdom, the first treatment with an antiviral tablet against Covid-19 should arrive in France by the end of the year.

Almost a month after the promising results of phase III clinical trials, molnupiravir, developed by the American laboratory Merck and its partner Ridgeback Biotherapeutics, arouses immense hope, even before being approved by the competent authorities in the Union. European Union and the United States. Easy to use, this medication, which takes the form of a simple capsule to swallow, limits the severe forms of the disease.

Here are four things to know about this treatment, described as “revolutionary” by the British Minister of Health, who places his hopes in this little pill to “change the game” in the face of the virus.

1. It halves the risk of hospitalization

Originally developed against the flu, molnupiravir can be taken directly at home as soon as a person tests positive for the coronavirus – two pills a day for five days. The other treatments authorized so far require intravenous or intramuscular administration in the hospital. “Ease of use”, summarizes Clarisse Lhsote, president of MSD France at “Echoes”, which “will help strengthen the fight against the virus”.

The results of the phase III study of this antiviral treatment, which blocks the multiplication of the virus in the body, demonstrated in early October a “50% reduction in hospitalizations and mortality in patients treated with molnupiravir”, details Clarisse Lhoste. “By treating very early, we prevent the progression of the disease to serious forms,” ​​she says. As for the harmful effects of this treatment, the Merck laboratory ensures that the studies carried out on this subject do not reveal any.

2. A complementary pill to the anti-Covid vaccine

Initially, this drug will be available for “fragile patients” in the countries which have ordered, recalls the president of the laboratory. It will therefore be people with diabetes, who present a cardiovascular risk, overweight or who are over 65 years old.

Even before being cleared by regulators – the latter having launched accelerated reviews to allow rapid marketing of molnupiravir – several countries have placed orders. In June, the US government ordered 1.7 million doses of the drug for $ 1.2 billion. And France 50,000 doses, expected “as soon as the treatments leave the production lines” at the end of the year 2021, assured Olivier Véran at the end of October before the Senate.

“We are working to respond to demand as quickly as possible,” says Clarisse Lhoste. “We have already initiated the production of 10 million treatments in 2021 to respond to the emergency. And we will ramp up quickly from the start of 2022, ”she continues.

In order to “promote equity of access to treatment” in these emerging countries, the laboratory has passed several voluntary licenses, to allow generic manufacturers to produce and distribute the drug.

For developing countries, the laboratory has expressed its desire to implement “a price adapted” to the capacities of the countries.