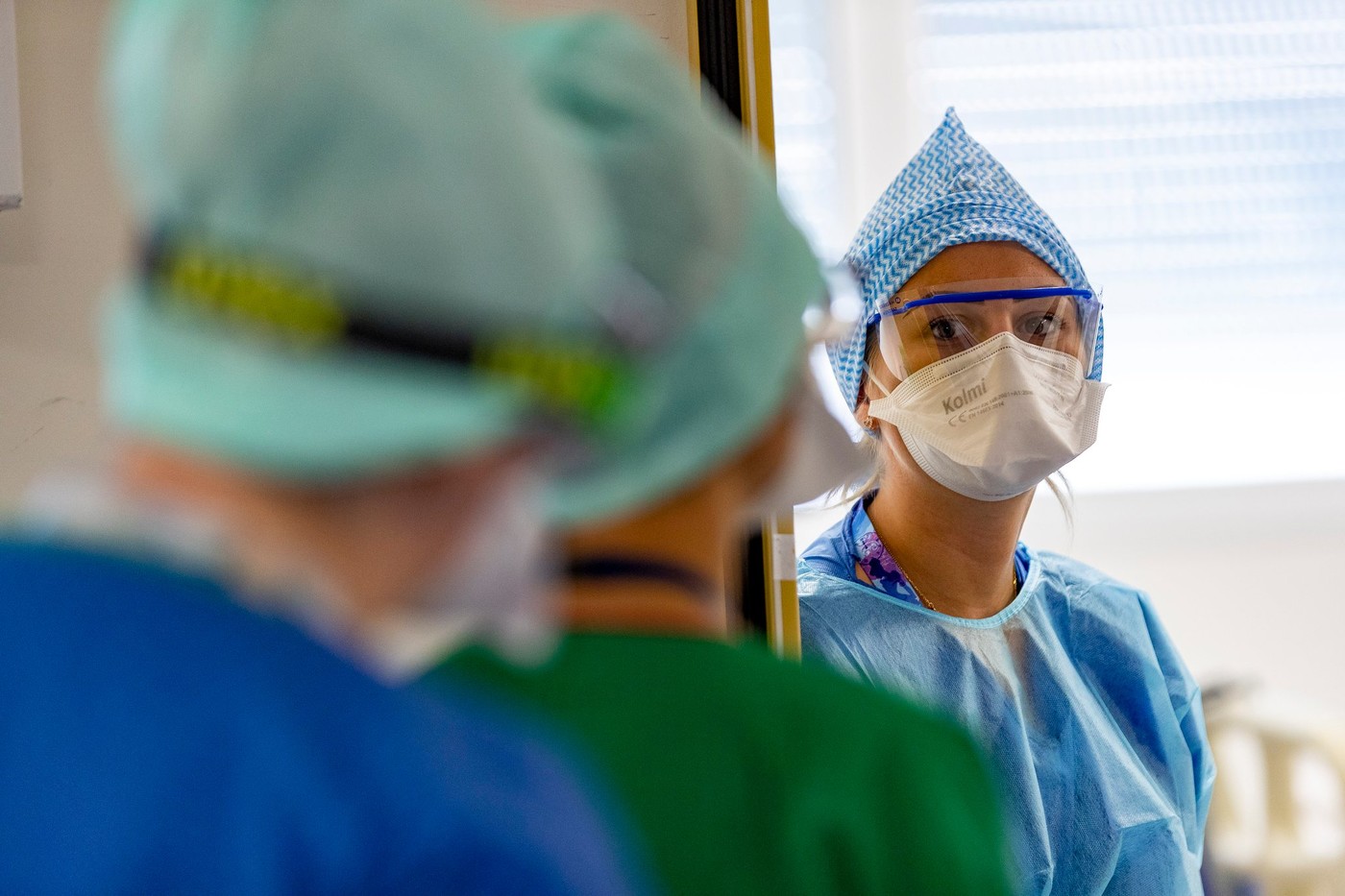 On the occasion of the announcement of a new confinement until 1er December “A minimum”, Emmanuel Macron welcomed the“Colossal effort” in training in hospitals since the start of the epidemic. “We have trained nearly 7,000 nurses and doctors to be able to work in intensive care”, said the head of state. Staff mobilized to support the opening of resuscitation beds, intended for patients most seriously affected by Covid-19, and whose number has increased from 5,100 to more than 10,000 units at the height of the health crisis, in spring.

→ ANALYSIS. Second wave, how did we get there?

It is difficult to verify this figure given by the President of the Republic, the profile of the caregivers concerned or the training from which they were able to benefit. ” I think that includes nurses who have benefited from express training, indicates the president of the National Council of the Order of Nurses, Patrick Chamboredon, without certainty. But 7,000 people would be just a drop in the ocean anyway, in the midst of the 700,000 nurses in France. “

The figure given by the president can also be compared to the 12,000 nurses who worked, before the epidemic, with the 5,100 intensive care beds that France then had, according to the Ministry of Health. This number of permanent beds has been increased to 5,800 since the end of the summer.

But these nurses have benefited from three years of training, plus six months, at least, of practice in a service. Emmanuel Macron himself mentioned a usual training of five years. A period of specialization logically unthinkable in the urgency of the spread of Covid-19.

Thus, the “7000” caregivers mentioned by the president were probably able to participate in only one “Rapid training”, prior to their integration into intensive care units, underlines Jean-Michel Constantin, secretary general of the French Society of Anesthesia and Reanimation.

“They are certainly nurses usually in surgery, ward or recovery room, who have been given war training”, is developing the head of the anesthesia and resuscitation department at the Pitié-Salpêtrière hospital in Paris. He describes ” a mainly theoretical training on the typology of patients, the equipment used and the basic procedures, which neither qualifies nor completes. “

A note published on July 17 by the Ministry of Health, “In anticipation of a new wave of Covid-19”, estimates at 16,800 the number of additional nurses needed to go from 5,100 permanent resuscitation beds to 12,000, as envisaged in August by Minister Olivier Véran. Human needs partially met by “Express training” described by doctors.

“But resuscitation is a profession that you learn over several years, not in a few hours or a few days”, insists Djillali Annane, head of the intensive care unit at Raymond-Poincaré hospital in Garches. “We will never be ready enough, nuance Jean-Michel Constantin. But we do what we can with what we have. “