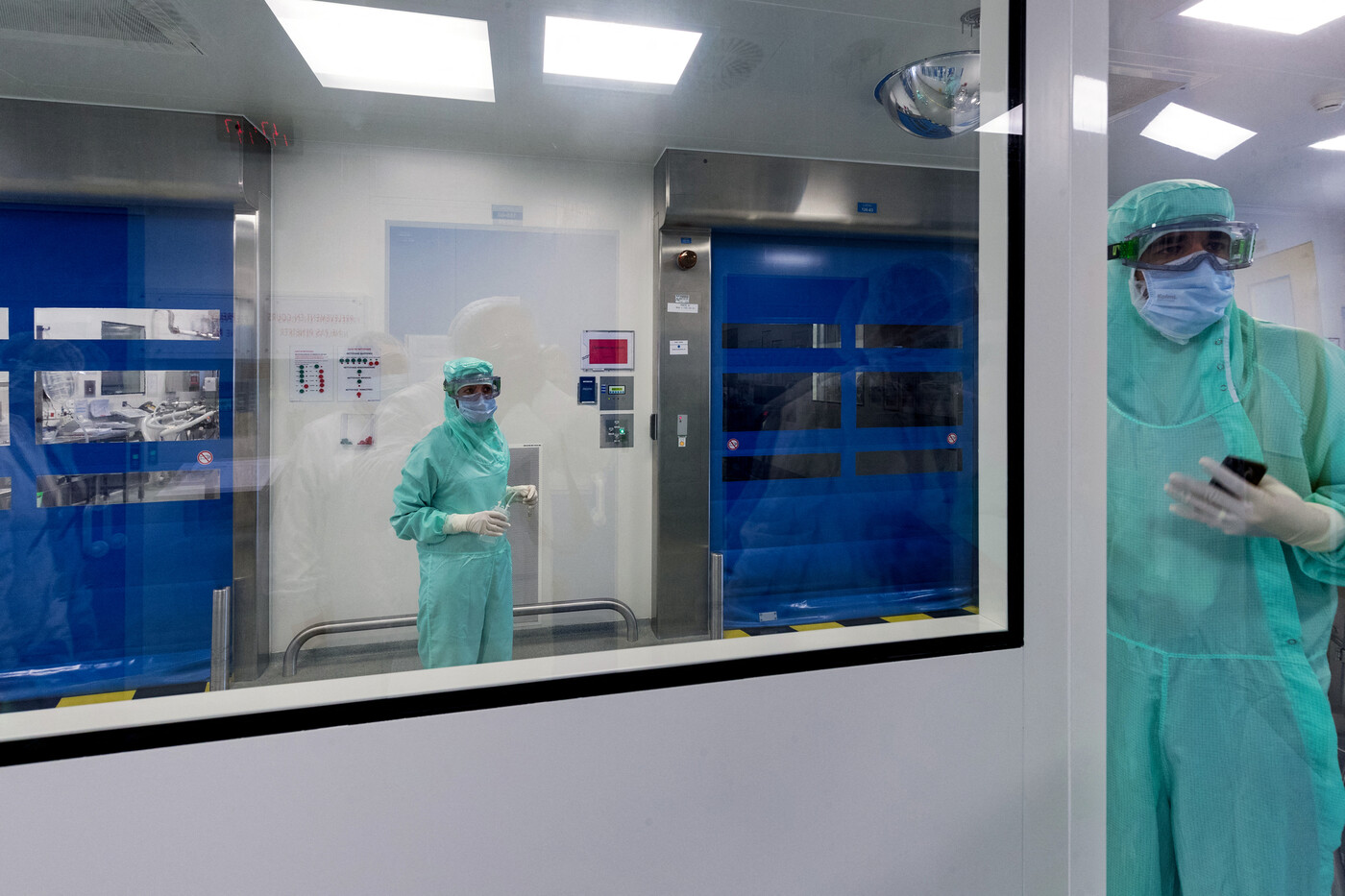 A French vaccine against Covid-19 could be available by the end of the year. Sanofi welcomed, on Monday, May 17, the “Favorable results” of the product that it is developing with the British company GSK, at the end of phase II of clinical trials. The tricolor laboratory reports a production of neutralizing antibodies in 95 to 100% of cases, after two injections and “Without raising any security issues”.

The multinational hopes to deliver its first doses in the last quarter of 2021, after successful completion of a third phase of trials launched in the coming weeks with 35,000 patients – against 722 for the second – and subject to marketing authorizations; or one year – at best – after the debut of Pfizer-BioNTech in France. Forced for the moment to act as subcontractors for several of its competitors, Sanofi does not doubt the interest, even late, of its vaccine.

” We were late, several months in the face, concedes the pharmaceutical giant. But today we are positioning ourselves as a second generation vaccine, effective against variants and as a booster. “ Strong “High antibody concentrations” observed after a dose in people already affected by Covid-19, Sanofi is now on the “Booster vaccination”.

→ COVID-19. Sanofi vaccine, advanced deconfinement in the United Kingdom, reopening of Disneyland in France… The recap of May 17

“The war is not over, warns Daniel Floret, vice-president of the technical committee for vaccinations at the High Authority for Health (HAS). We are probably heading towards a persistent circulation of Sars-CoV-2-type coronaviruses. It will be necessary to revaccinate, perhaps even every year in the case of an influenza-like situation. It is therefore always legitimate to work on new vaccines. “

Sanofi is betting on the technique of its vaccine, known as the “Recombinant protein”, via the injection of coronavirus spike protein. A platform different from the four references already present on the French market, using messenger RNA (Pfier-BioNTech and Moderna) or the viral vector (AstraZeneca and Johnson & Johnson).

“When reminders need to be given, it is not certain that the right strategy is to use the same product as the first injection, explains Daniel Floret. We have to work on vaccine schedules that make it possible to use different platforms. ” In parallel with its collaboration with GSK, Sanofi has partnered with the American biotechnology company Translate Bio in the development of a messenger RNA vaccine, in phase I / II since March.

Test against the South African variant

Advantage derived from its delay on the virus: Sanofi is already aiming to neutralize certain variants of Sras-CoV-2. The phase 3 trial of its most advanced vaccine will therefore focus on efficacy “Against the original strains, known as Wuhan, and South African”. The ability to adapt its product to future coronavirus mutations is presented by the pharmaceutical giant as one of the advantages of the recombinant protein: ” It is a technology that we have mastered, with very reactive production capacities and storage conditions at conventional temperatures, suitable for the fridge of a doctor or a pharmacy. “

→ EXPLANATION. Functioning, effectiveness … Understanding everything about the Novavax vaccine

Last expected interest of the future vaccine: its price, announced “Accessible” but the level of which would only be fixed during phase III of the clinical trial. After the controversy sparked in the spring of 2020 by its managing director, Paul Hudson, who had promised the United States to be served ” first “, Sanofi is now careful not to prioritize its customers, only mentioning “Contracts in progress with in particular the United States, Canada and the European Union”.