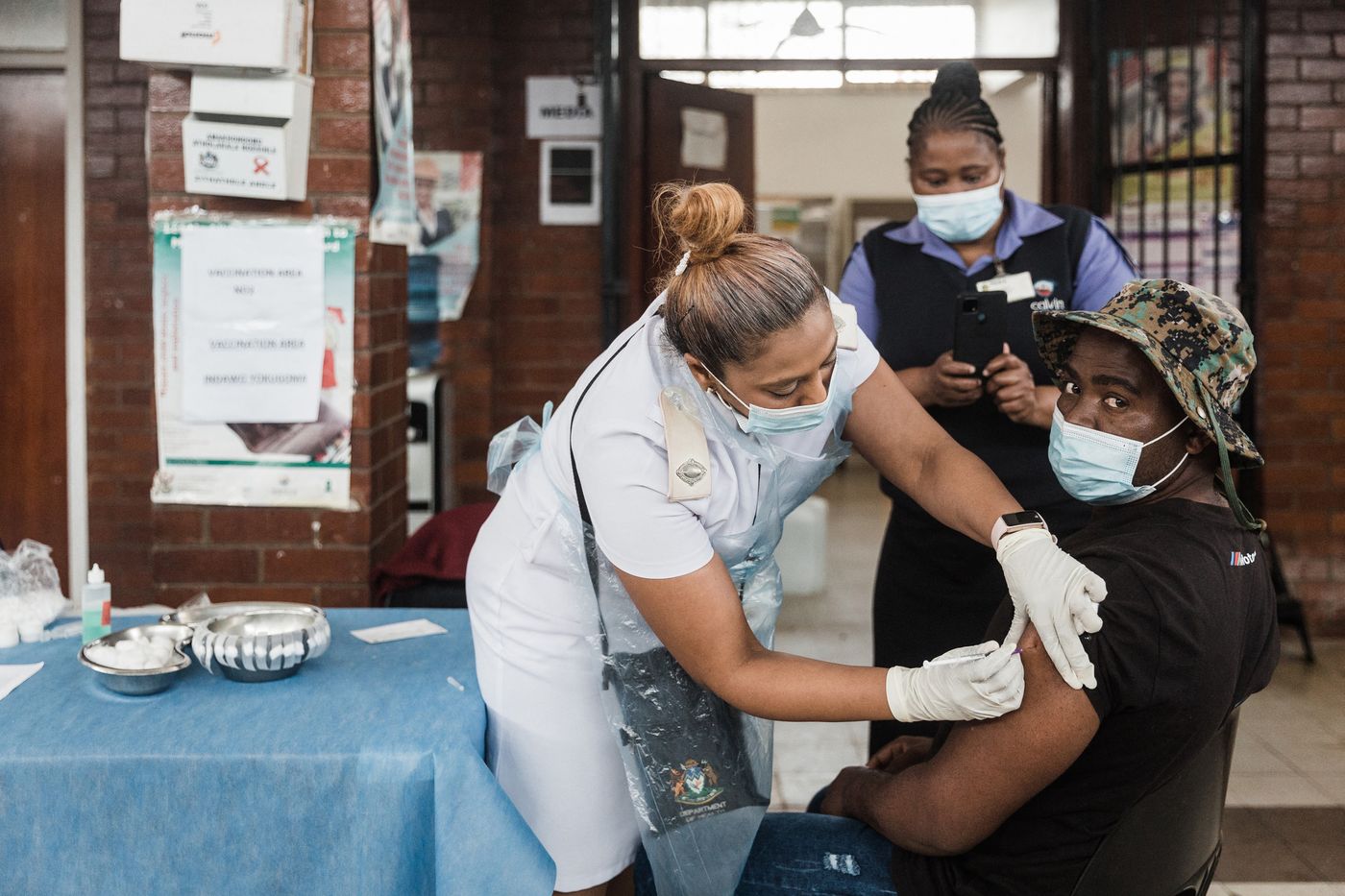 ► Where is this new variant present?

The new variant of SARS-CoV-2, called for the moment “B.1.1.529”, has been found in South Africa, where it seems to have emerged. As of November 25, the country had just under 80 identified cases. The variant has also been detected in neighboring Botswana, Hong Kong in travelers returning from South Africa and in Israel in a person returning from Malawi. This last case is worrying because it suggests a spread that has gone unnoticed throughout southern Africa. The “good” news is that this variant is detected very easily, by a simple PCR test.

→ ANALYSIS. Covid-19: are we condemned to run after variants?

Several countries such as Italy, Germany and Singapore have already announced that they will close their borders to travelers from South Africa and neighboring countries. On Friday November 26, France made a similar decision and suspended all arrivals from southern Africa.

Country where the new South African variant is present. / Visactu

The South African government agrees to respect “The right of all countries to take the necessary precautionary measures to protect their citizens”, worried about European decisions. “Our immediate concern is the damage this decision will cause”, South Africa’s foreign minister explained in a statement. The World Health Organization has also ” not recommended “ to take travel restriction measures. Before reminding rich countries of the importance of the Covax mechanism to provide doses of vaccines to developing countries. In South Africa, less than a quarter of the population is vaccinated.

→ ANALYSIS. What do anti-Covid vaccines protect against?

► Is it more dangerous and / or more contagious?

For now, the scientific information is very sketchy, this variant having been detected just a few days ago. Looking at the genetic code of this version of the virus, published by South African researchers on the international Gisaid platform, specialists’ first alert concerns the multitude of changes. This variant is very varied. He has mutations known to increase transmission in other versions of the virus, as well as changes that would allow him to escape antibodies from vaccination or a previous infection. The infected person detected in Israel was also vaccinated.

Richard Lessells, an infectious disease specialist in South Africa, said he was “Concerned” because “This variant could not only have an increased transmission capacity, but also be able to bypass certain reactions of our immune system”. At a point, Tulio de Oliveira, a virologist in South Africa, announced that the variant exhibited thirty changes in the coronavirus spike protein, a record. The part that attaches to human cells has ten, where the Delta variant only had two. Note of hope: it has happened in the past that variants emerge and disappear so quickly. The more dangerous Beta was quickly swept away by the more contagious Delta variant.

► Why does a new variant appear after all this time?

Since the Delta, identified at the end of 2020 in India, no other variant seemed to fuel the Covid-19 epidemic. This is not to say that no variants have appeared in the past months, just that they weren’t sufficiently contagious and / or dangerous to be detected.

In the case of the new variant “B.1.1.529”, the alert came from the Gauteng region in northeastern South Africa. With nearly a million cases as of November 24, the most populous province is also the most affected in the country. And up to 90% of new cases could be due to this emerging variant. In South Africa, a large part of the population has already had Covid-19. This new variant, which had time to acquire many modifications compared to the original strain, was able to appear in infected people for a long time, at low noise.