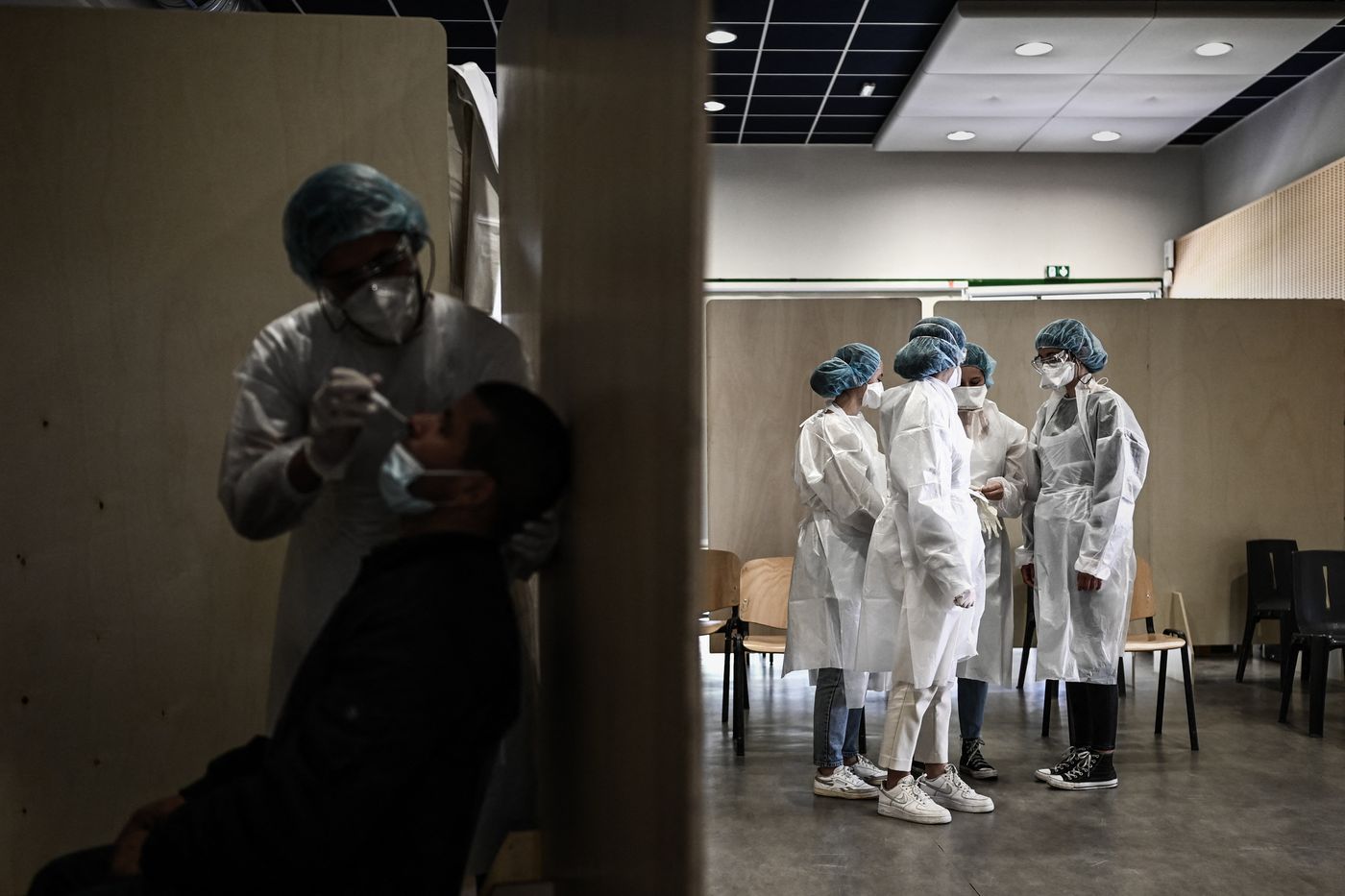 The French authorities may decree a “Absolute vigilance” faced with the Delta variant, the seizure of power within several weeks of this strain seems inevitable: it is already the source of 9 to 10% of new contaminations in the country and should represent 90% of Covid-19 cases in the European Union by the end of August, according to the European Center for Disease Prevention and Control (ECDC).

Traveling on June 24 in the Landes, where this variant first detected in India would generate 70% of positive tests, Prime Minister Jean Castex hammered that ” the vaccination [était] once again the essential lifeline ”. The publications of the public health agency (PHE) of the United Kingdom, a country facing an epidemic recovery driven by this variant, accredit the effectiveness of vaccines.

More than 90% vaccine efficacy against hospitalizations

In a situation update published on June 18, the PHE estimated that two doses – of Pfizer-BioNTech or AstraZeneca – reduced by 80% the risks of developing a symptomatic form of Covid-19 in the face of the Delta variant, against 88% for the variant. Alpha, a British strain still largely in the majority in mainland France. The difference in efficacy is widened when a single dose has been received: 31% for the Delta variant, against 49% for the Alpha. The agency also evaluated the effectiveness of vaccines against hospitalizations caused by the delta: 96% after double injection of Pfizer-BioNTech; 92% for the AstraZeneca.

“Faced with the delta, vaccines therefore protect less well against infection, but continue to protect effectively against severe forms of Covid-19, summarizes Yves Gaudin, virologist at the Institute for Integrative Cell Biology at Paris-Saclay. However, it is potentially a more pathogenic strain, with a higher risk of hospitalization in the absence of vaccination. “

“Overall the level of protection of the Delta vaccines is not perfect but very good, provided that you have received both doses, replies Alain Fischer, president of the Council of orientation of the vaccine strategy. There is no real difference in effectiveness between our vaccines against this strain, especially against the development of severe forms. “

Complete vaccination schedule for 40% of infections in Israel?

If the protection conferred by vaccination is documented, the proliferation abroad of delta variant infections in people requiring two doses is questionable. In Israel, where 60% of the population is fully vaccinated, Prof. Gabi Barbash, former director general of the health ministry, said “40% of new cases are people vaccinated.”

“It’s mathematical: the higher the vaccination coverage, the higher the percentage of infections occurring in those vaccinated., calm Daniel Floret, vice-president of the technical committee of vaccinations of the High Authority of health (HAS). If the entire population were vaccinated, 100% of cases diagnosed would be in vaccinated people. “

British data are less alarming: out of more than 60,000 cases of delta identified, 7.7% affected patients at least 14 days after their second injection; 66.8% of positive people did not receive any. “Vaccination is not 100% effective, so it is normal to find a few cases of complete regimens among those affected by the variant, analyzes Professor Alain Fischer. The essential point is above all to check that these people do not develop serious forms, which is probably the case. “

From 40 to 60% more transmissible than the Alpha variant, the Delta requires vaccination coverage that is all the more extensive as it would risk escaping the immunity provided by a first infection. In a study published in the journal Cell, researchers at the University of Oxford found that the antibodies developed after contamination with the Beta (South African) or Gamma (Brazilian) variants were eleven times less potent against the delta than against their own strain. However, the power of antibodies is only divided by 1.5 after infection with Alpha (British), the majority in France.

→ READ. Covid-19: are we protecting ourselves enough from the Delta variant?

“The risk with the Delta is above all to let it circulate, and to develop derivatives that are always more distant from the original strain, which served as the basis for the development of vaccines”, warns Yves Gaudin. After a relatively calm summer, the virologist judges “Possible” a resumption of the epidemic in the fall: ” But like all those that we could again know with the Covid-19, it will certainly be less violent than the previous waves, with a much lower number of hospitalizations reported to contaminations, thanks to the vaccination. “