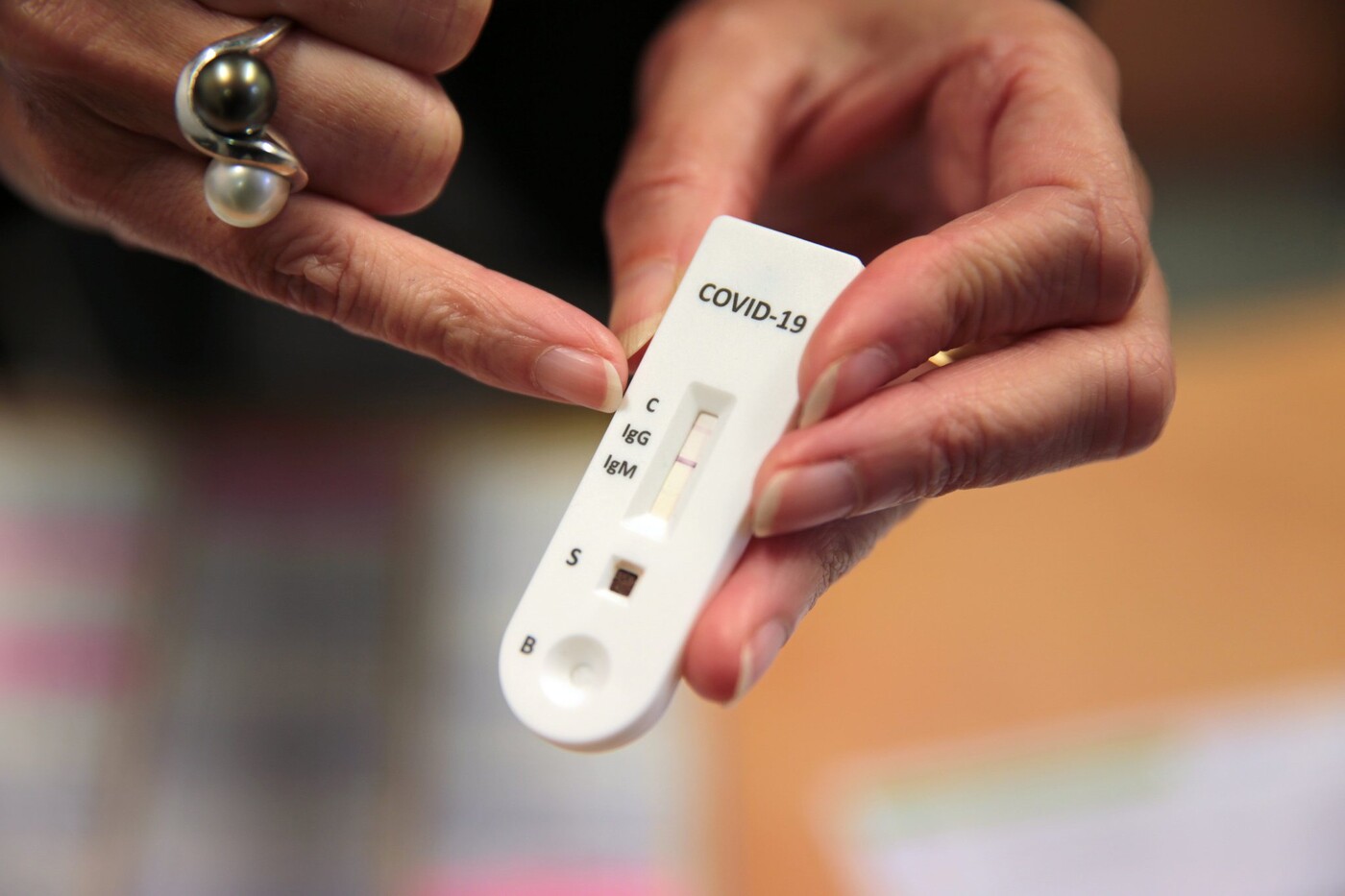 In vogue when they were first launched about a year ago, serological tests seem less used today, although no precise figures are available. “They have no place in the vaccine strategy”, recognizes Daniel Floret, vice-president of the technical committee for vaccinations at the High Authority for Health (HAS).

Unlike PCRs, these tests can detect the presence of antibodies in the blood, that is to say whether a person has developed an immune reaction to Covid-19. But not to reveal whether a person is, at the time of his test, contaminated and contagious. “This technique is used to make a retrospective diagnosis and therefore to know if a person, who would not have been tested via a PCR, has been in contact with Covid-19”, enlightens Doctor Michel Sala, medical director of the Cerballiance laboratory network. These serological tests thus make it possible to determine the number of people who have contracted the disease, or who have been vaccinated.

Serology to determine the number of doses?

In February, the High Authority for Health issued an opinion ensuring that a single dose of vaccine was sufficient for people who have already contracted Covid-19. “We know that they have a certain level of antibodies which makes the vaccine play a booster role”, explains Daniel Floret. Biologists are therefore calling on the HAS to issue a recommendation on the use of serological tests.

“Today, we know how to measure antibody levels but we have no threshold to say that a person is sufficiently protected, remarks Lionel Barrand, president of the National Union of Young Medical Biologists (SJBM). It would be interesting to have a translation of these thresholds in order to say that with such a rate, a person is sufficiently protected to receive only one dose. There, the only logic is: positive, one dose, negative, two doses. It’s a bit of all or nothing. “ According to these biologists, recourse to this technique would be a means of refining the vaccination process and distributing the doses as well as possible.

A question of “reliability”

For three months, new tests have been put on the market by various manufacturers (Abbott, DiaSorin, etc.). Unlike the older tests, these offer quantitative analysis of antibodies and “Globally measure the production of antibodies, after infection and vaccination”, observes Michel Sala. In other words, they detect the presence of S (or Spike) proteins, which can be detected in reaction to the vaccine. Previously, only the N protein (or nucleocapsid), which appears in reaction to the disease was detected.

However, the health authority does not seem inclined to go in this direction. “It’s a utopia to go and check if we are immune. We will never say that it is necessary to carry out a serology in order to know if one should receive one or two doses. You have to realize what that would be: millions of serological tests, that doesn’t make sense and that would be extremely expensive. Knowing that in addition, we do not know if asymptomatic people are as well protected as the symptomatic. We must stop looking in corners and reason in a simple way ”, slice Daniel Floret.

→ READ. Covid-19: warning from the scientific council, new quarantines for travelers, AstraZeneca, WHO, Tunisia … The recap of May 7

This professor at the University of Lyon-I describes in particular the lack of uniformity between the techniques used by the different manufacturers to prepare their tests, thus pointing to the results “Unreliable” concerning the rate of protection against Covid. “This kind of data is not a matter of current practice but of research, he continues. And we don’t have a correlate of protection. “ These correlates are indirect evidence that can only be found after clinical trials in serology, “Who will arrive for the next vaccines” certifies the professor, and which will use a uniform analysis technique.