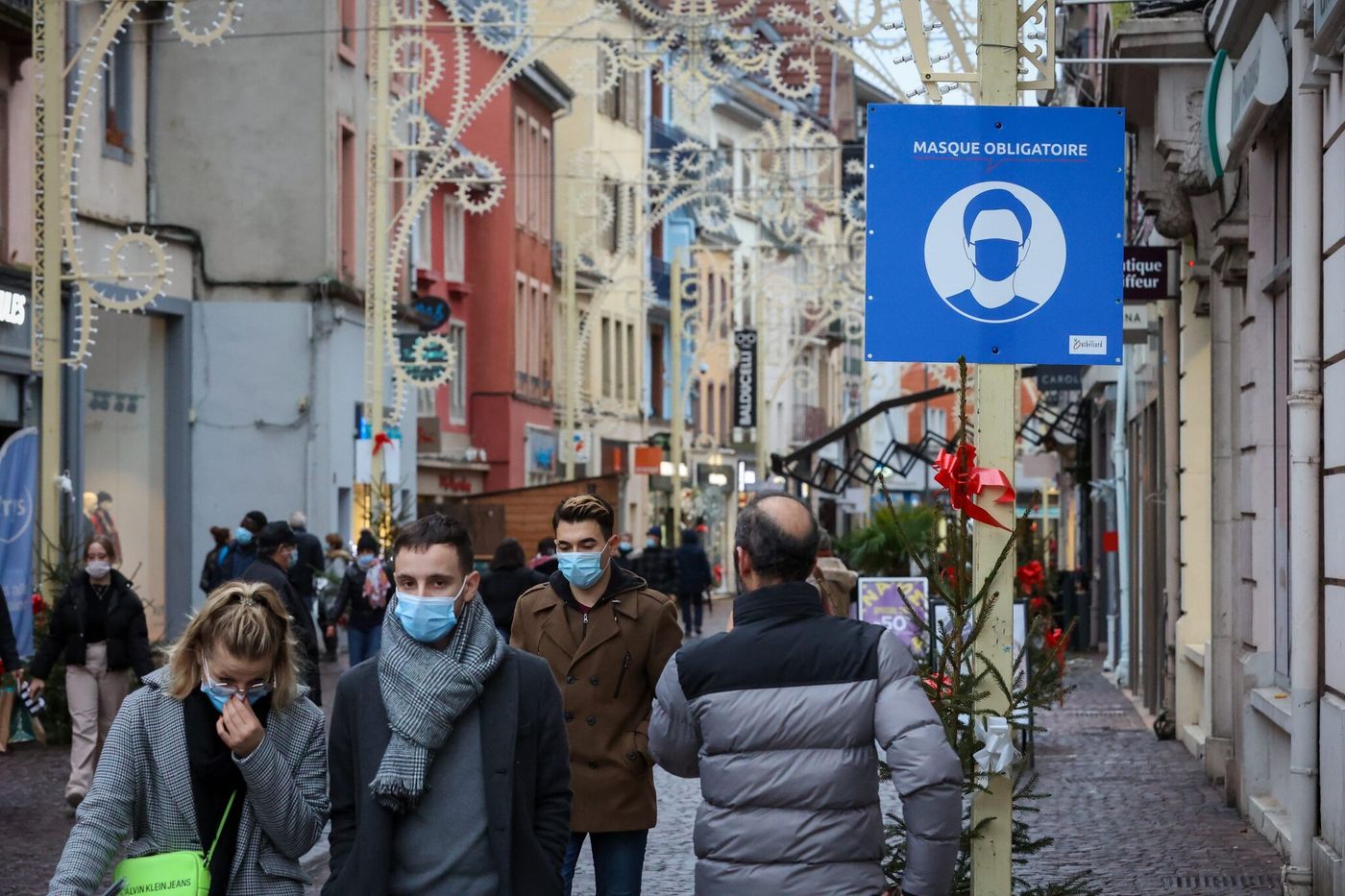 ► Wearing a mask again compulsory outside in several cities in France

Faced with the surge in Covid cases, several cities and departments in France have decided to reinstate the obligation to wear the mask outside. Thursday, December 30, Lyon and Villeurbanne followed suit in Île-de-France and the Pyrénées-Orientales, where similar announcements had already been made.

Faced with the extremely worrying development of the epidemic of # COVID19, the Prefect reinforces health protection measures:
➡️ wearing of #mask obligatory at #Lyon and #Villeurbanne (except from 2 a.m. to 6 a.m.) for a period of 3 weeks from 12/30 at midnight
1/4 pic.twitter.com/ziwtMOCf9H

– Prefect of the Auvergne-Rhône-Alpes and Rhône region (@prefetrhone) December 30, 2021

In Paris, the mask will be compulsory from Friday for people over 11 years old, “With the exception of persons circulating inside vehicles, cyclists and users of two wheels” or some “Persons practicing a sporting activity”, said the prefecture on Wednesday evening. Wearing a mask will also be in effect in places open to the public, with the exception of the Bois de Boulogne and Vincennes.

→ READ. Covid-19: wearing a mask again compulsory outside in Paris from Friday

► The health pass may be required during political meetings, but not for partial

The organizers of political meetings will have the legal possibility of requiring a health pass to the participants, in accordance with an amendment voted on Wednesday evening by the deputies in committee, with in their sights the presidential and legislative elections of 2022. This amendment was validated without its provision on the possibility of establishing gauges during political meetings, a subject which is the subject of consultation between the Minister of the Interior and political parties.

On the other hand, students will not have to present the sesame to participate in the exams scheduled for January in universities, said Sarah El Haïry, Secretary of State to the Minister of National Education. The Minister of Higher Education and Research, Frédérique Vidal, has also confirmed that the exams will take place in the faculties at the start of the school year.

► Fairs, amusement parks and zoos not affected by the gauges

Fairs, amusement parks and zoos will not be affected by the gauges imposed from Monday, January 3, the government announced, adding that these places are however subject to health protocols.

“We make a distinction between static gatherings and places where we circulate”, declared the Minister for Tourism and SMEs, Jean-Baptiste Lemoyne, to justify this exemption. On Monday, Prime Minister Jean Castex announced the return of the gauges set at 2,000 people maximum indoors and 5,000 outdoors, for “Curb the Omicron variant”, from January 3 and for three weeks.

► Teleworking: up to € 1,000 fine per employee for recalcitrant companies

Recalcitrant employers can now be penalized: an administrative fine of up to € 1,000 per employee concerned, up to a limit of € 50,000, will be introduced to crack down on companies that do not play the teleworking game.

→ EXPLANATION. Covid-19: teleworking, an obligation with its limits

“I want a faster and therefore more dissuasive system, allowing the labor inspectorate to be able to impose sanctions without waiting for the legal procedure”, declared the Minister of Labor, Élisabeth Borne. An amendment to this effect will be tabled by the end of the week to the bill on the vaccine pass, discussed in session from Monday in the National Assembly.

► The Pope cancels his New Year’s visit to the nativity scene in St. Peter’s Square

Pope Francis has canceled his traditional New Year’s visit to the nativity scene in St. Peter’s Square, due to the risk of contamination caused by this type of gathering, the Vatican announced.

→ SELECTION. Ten religious events that will mark the year 2022

The Sovereign Pontiff is normally welcomed by the faithful when he visits the crèche on December 31, after having presided over the end of year vespers and sung the prayer of the Te Deum.