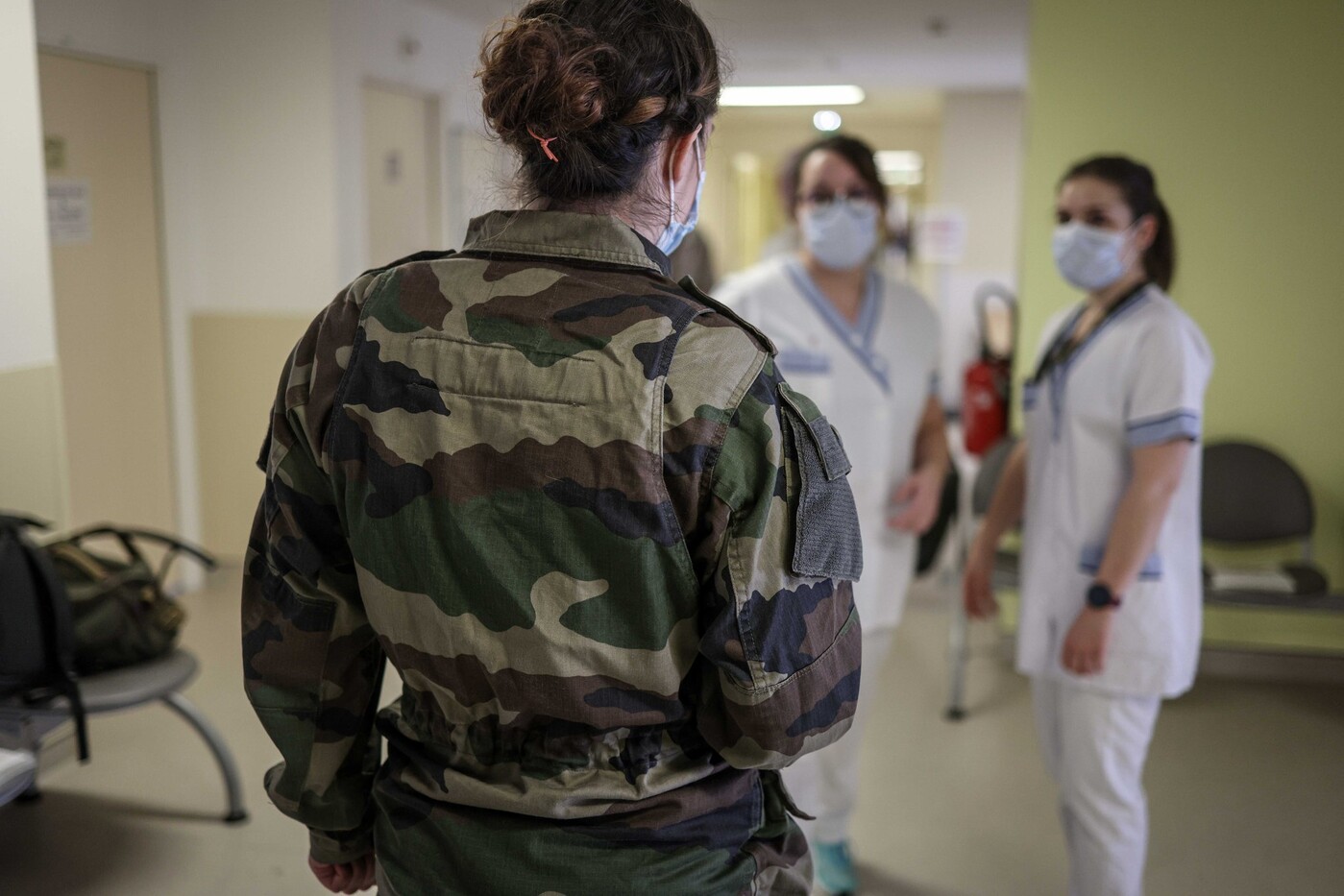 ► The scientific council warns against too rapid deconfinement

The gradual reopening of social activities announced by the government “Must be driven in a prudent and controlled manner” if we want to avoid this summer a “Possible fourth wave” of the Covid-19 epidemic, warns the scientific council, Friday, May 7.

The body which advises the executive in the management of the health crisis recommends in particular to wait “A vaccination level of 35 million people vaccinated for the first time”, which should be reached at the end of June, and a real drop in the tension weighing on the hospital system before largely lifting the measures to control the epidemic.

“The reopening” economic and social activities “Appears desirable and even necessary”, because she “Meets high expectations and gives a perspective to the whole of society, a perspective whose psychological, social and economic benefits are undoubtedly major”, underlines the scientific council.

→ READ. Patents on anti-Covid vaccines lifted, the refusal front is getting organized

But the body chaired by Jean-François Delfraissy wonders about “The temporality of the process” and believes that he must “Imperatively” be accompanied by“Health indicators”, while the number of infections and people hospitalized is decreasing but remains at a high level.

Travelers from Bangladesh, Sri Lanka, Pakistan, Nepal, United Arab Emirates, Qatar and Turkey will have to observe a mandatory ten-day quarantine on arrival in France due to the circulation of the epidemic of Covid-19 in these countries. The measure will come into effect Sunday, May 9 at midnight, after publication on Saturday morning of the related decree, the same source said.

For the time being, five countries had been subject to quarantine since April 24: Brazil, India, Chile, South Africa and Argentina. Passengers must declare to the airline their place of quarantine in France, supporting documentation. However, this quarantine is accompanied by permission to leave between 10 a.m. and noon.

► French soldiers in foreign operations will be vaccinated

All French soldiers will be vaccinated against Covid-19 before being deployed in theaters of external operations, the Minister of the Armed Forces, Florence Parly announced on Friday.

All soldiers deployed in foreign operations will now be vaccinated. The health of our soldiers is essential to the accomplishment of their mission. Thanks to the SSA’s commitment to our armed forces. The mission is sacred, so is health.

This vaccination will be compulsory, under penalty, for the recalcitrant military, to be declared unfit for the mission, specified the staff.

“It is about preserving the health of the personnel of the armed forces and maintaining our operational capacities”, declared the spokesperson for the staff, Colonel Frédéric Barbry. Special forces, soldiers deployed in the Sahel, the Levant, Lebanon, etc. will be gradually vaccinated, the objective being to “Give priority to personnel sent to places with a poor supply of care”, he emphasizes.

→ EXPLANATION. Vaccine against Covid-19: what will the opening of the available slots to all bring within 24 hours?

More than 7,000 soldiers are currently deployed in external operations (excluding specific missions such as that of the aircraft carrier), including more than 5,000 in the Sahel, as part of Operation “Barkhane”.

► In UK AstraZeneca recommended for over 40s only

The scientific committee overseeing the anti-Covid vaccination campaign in the UK, the JCVI, has recommended limiting the use of AstraZeneca vaccine to over 40s when possible, after 242 cases of blood clots were reported blood (for 49 deaths) out of 28 million doses administered.

Stressing that the risk is ” extremely rare “, the JCVI had already advised in April to administer this vaccine, developed with the University of Oxford, to those over 30 years old when a vaccine from another manufacturer is available. In a statement, the British government said it would follow this recommendation.

► WHO emphasizes that Africa lacks vaccines, at the risk of a new wave of contamination

The regional office for Africa of the World Health Organization (WHO) warned Thursday, May 6 of the risk of a new wave of Covid-19 on the continent. “Due to the postponement of delivery of vaccine doses manufactured by the Serum Institute of India to Africa, as well as the slow deployment of vaccines and the appearance of new variants, the risk of new wave of infections remained high in Africa ”, warned in a statement the regional office of the WHO, based in Brazzaville.

→ READ. Covid-19: do the variants call into question the available vaccines?

Alone approximately “Half of the 37 million doses of vaccine against Covid-19 received in Africa have been administered so far”, affirms the WHO, while stressing that “Some African countries have been exemplary in terms of vaccine deployment”.

In addition, the WHO on Friday May 7 gave its emergency approval for the Chinese anti-Covid vaccine Sinopharm, manufactured in Beijing, announced the director general of the organization, Tedros Adhanom Ghebreyesus. It is the first Chinese vaccine to receive the green light from the United Nations health agency.

► In Tunisia, confinement for the end of Ramadan

The Tunisian Prime Minister announced a lockdown from May 9 to 16, a week marked by Eid El Kebir, the feast marking the end of the fasting month of Ramadan. Mosques, markets and non-essential businesses will be closed and travel banned between regions of the country, Hichem Mechichi said at a press conference, stressing that the deaths are as high as 100 per day.

“The health establishments threaten to collapse, it is a colossal risk (…) our doctors are” at the end of his rope, said the head of government, believing that the country is going through “The worst health crisis in its history”. Schools have been closed since mid-April, and only classes with exams returned to work this week, but they will remain closed all week.