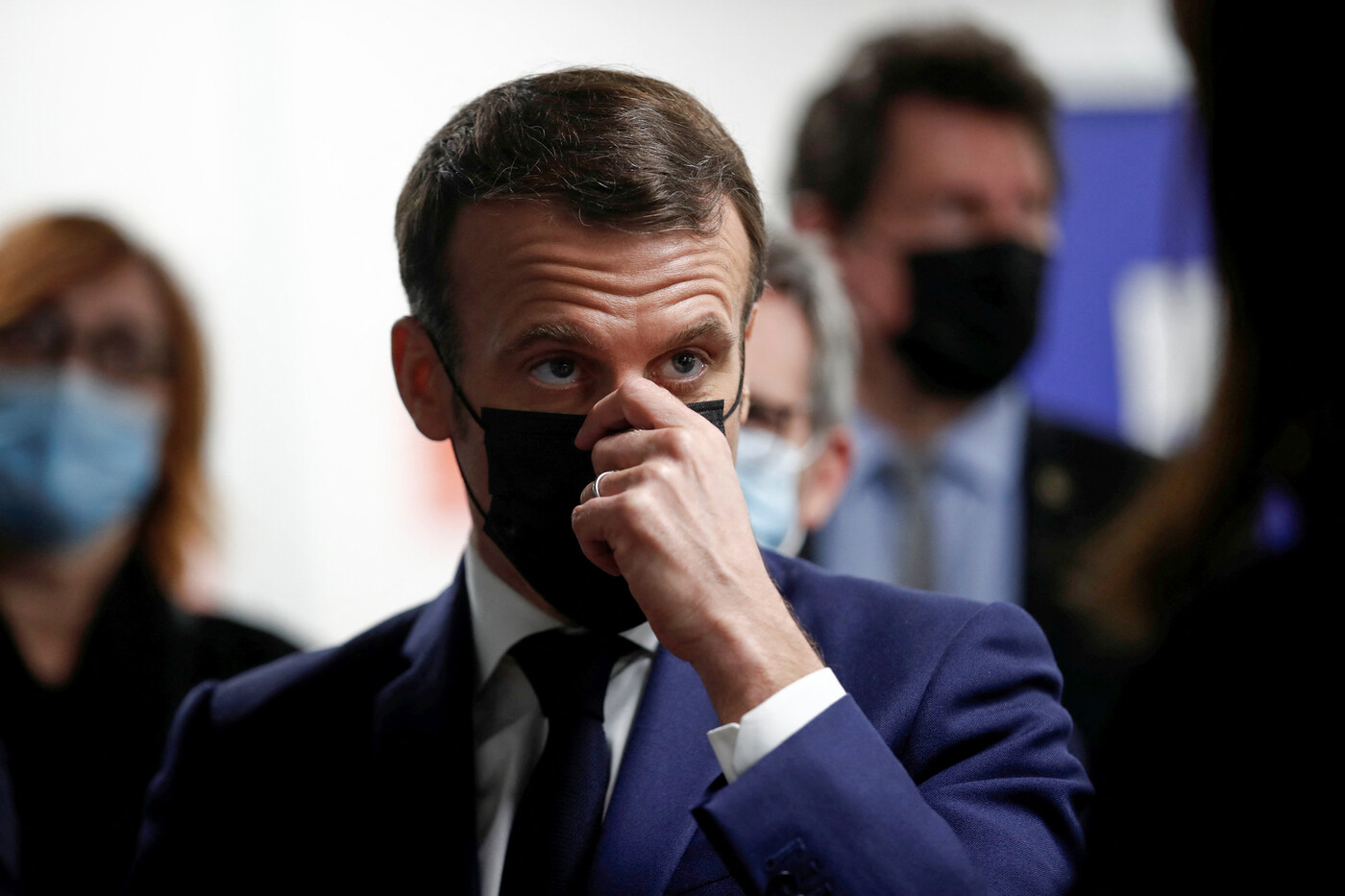 ► Emmanuel Macron asks to “take another four to six weeks”

Arrested by a young man who asked him to “Extend the curfew until 7 p.m., because it’s hard”, the head of state called on him to “Hold out for a few more weeks”, “Four to six weeks”, he added, during a visit to the L’Industreet site (Seine-Saint-Denis). Contacted by the daily The world, the entourage of the president specified that “There is no calendar” and that the rule of a “Local strategy” decided ” day by day “ is always in order.

→ REPORT. In reconfigured Nice, a life in slow motion

While the epidemic indicators have started to rise again under the pressure of variants, consultations are underway for new restriction measures that could be taken in around twenty departments. At the same time, the executive is banking on the rise of vaccination to try to alleviate hospital pressure.

► Saliva tests at school carried out by “health personnel”

The saliva tests deployed at the school will be carried out by “Health workers” and not by teachers, assured Monday the Minister of Education Jean-Michel Blanquer during a trip to a school in Haute-Saône.

A precise protocol provides that “Staff” health agencies, “National education health personnel”, such as school nurses, but also nurses from “Private laboratories”, carry out tests on children, explained the minister. “The rest of the national education staff can volunteer to help with supervision or administrative follow-up”, he said, adding that France has “Quite the means” to arrive “By mid-March to the objective of 300,000 tests per week” in schools.

→ ANALYSIS. Covid-19: why vaccination in general practitioners is slowly taking off

The teachers’ unions, who deplore a lack of organization and anticipation of this testing campaign, worried about the involvement of teachers to practice the tests.

The European Commission will present on March 17 a draft “Green passport” digital document attesting to a vaccination against Covid or negative tests to travel more freely. “We will present this month a legislative proposal for a ‘Digital Green Pass'”, with the objective of “Gradually allow Europeans to move safely within the EU or outside, for work or tourism”European Union President Ursula von der Leyen announced on Twitter on Monday.

However, the project is not unanimous among the Twenty-Seven. Some States, including France, consider the question of the rights attached to this “Passport”, fearing deep inequalities when less than 5% of Europeans have been vaccinated at present. Other countries, on the contrary, want a rapid adoption, such as Austria or Greece, anxious to save its summer season.

► The mayor of Chalon challenges the state and authorizes the funfair

Gilles Platret, LR mayor of Chalon-sur-Saône (Saône-et-Loire) authorized, on Monday, the holding of the traditional funfair in his city, defying a prefectural ban.

At the beginning of February, he had already threatened to “Don’t stop there” when the prefecture had announced the ban on the traditional funfair “Without any consultation”, according to him. “I don’t know when this wreck of the state is going to end. But it is an intolerable situation ”, had he reacted, assuring that, for him, the fun fair was not “Not canceled”. “The State will take its responsibilities”, he concluded, acknowledging that the decree can be appealed to the courts.