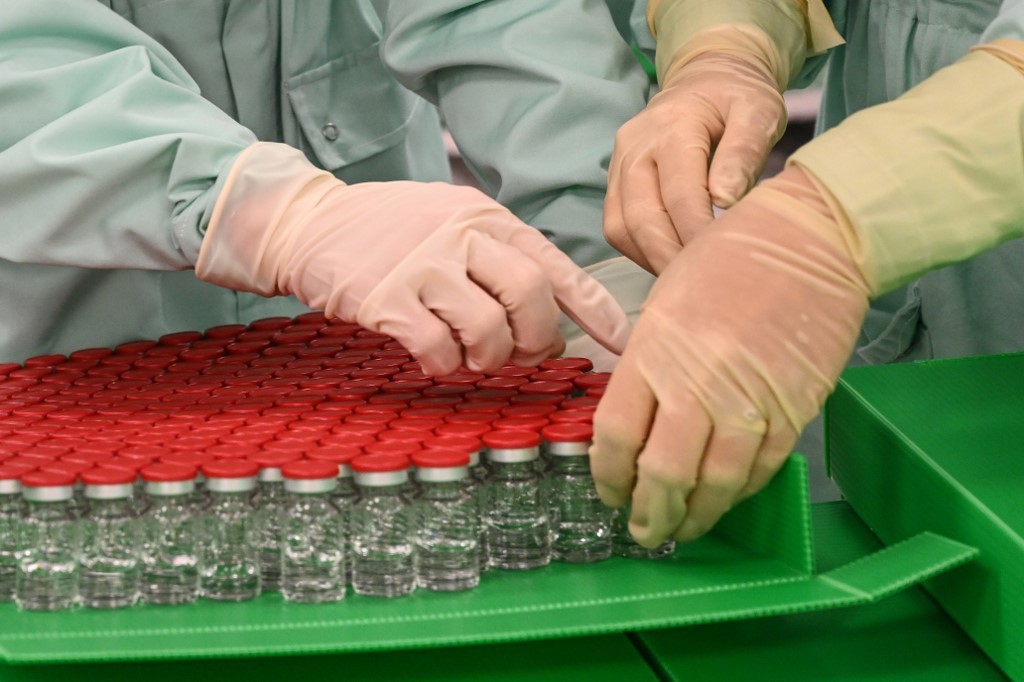 ► Europe could start vaccination in early 2021

TheEuropean Union could start vaccinations against Covid-19 in the first quarter of 2021. The situation on the Old Continent is “Very, very disturbing” and “All our indicators are going in the wrong direction”European Center for Disease Control (ECDC) director Andrea Ammon said on Wednesday November 11 in an interview with AFP. Asked about the date of the first vaccinations, she replied: “Being optimistic, first quarter of next year. “

→ EXPLANATION. Covid-19: how France is preparing its vaccination strategy?

The American laboratories Pfizer and German BioNTech have revived hopes by reporting Monday, November 9 of a vaccine “90% effective” against Covid-19, according to preliminary results of a trial still underway. And the European Commission announced on Wednesday that it had approved a contract with the two groups to buy up to 300 million doses of their vaccine. Three other agreements have already been concluded with other laboratories.

► Brazil: resumption of clinical trials of a Chinese vaccine

The Brazilian health regulatory agency Anvisa has authorized the resumption of clinical trials of the CoronaVac vaccine, developed by the Chinese laboratory Sinovac, which had been suspended Monday after the death of a volunteer.

The suspension of these phase 3 clinical trials, the last stage before approval, was greeted with “Surprise” and “Indignation” by the Butantan Institute, responsible for coordinating these tests in Brazil. According to this public institute, which depends on the State of Sao Paulo, the“Serious incident” reported by Anvisa was “In no way related to the vaccine”, the police investigation into the death of the volunteer favoring the thesis of suicide. Far-right president Jair Bolsonaro, political opponent of Joao Doria, governor of Sao Paulo, welcomed the suspension of testing of the CoronaVac vaccine, which he called “Victory” personal.

►Even with a vaccine, the recovery may be “unstable”

“While the latest news about the vaccine is encouraging, the recovery may not be linear, but rather unstable, on and off.”, declared Wednesday the president of the European Central Bank (ECB), in opening of an annual forum of the central banks in Frankfurt.

→ ANALYSIS. Reconfinement: the economy adapts and limits the damage

Despite the prospect of a vaccine, “We could still face recurring cycles of accelerating viral spread and tightening restrictions until widespread immunity is achieved”, recalled Christine Lagarde. This is why the main challenge for policy makers “Will be to bridge the gap until vaccination is well advanced and the recovery can create its own momentum”, beyond the rebound observed in the third quarter. Answer “Continuous, powerful and focused” in terms of monetary support remains necessary “At least until the health emergency passes”, she added.

► Savoie at the head of contaminations

Savoie this week became the department most affected by Covid-19 in France: with 1,167 positive cases per 100,000 inhabitants, the department, little affected during the first wave, has an incidence of the coronavirus 2.5 times more higher than the national average. A sudden increase difficult to explain.

“We have a semi-rural population; our over 65s are in rather good shape and compared to Alsace, which had been hit hard, we are less obese, diabetic, hyper-tense ”, analyzes Doctor Emmanuel Forestier, head of the infectious disease department at the Savoie Metropolitan Hospital Center (CHMS, Chambéry and Aix-les-Bains). Since “Our population has not changed”, underlines the practitioner, perplexed. Tourism and summer vacationers were put out of the question as the situation remained calm until mid-September. And the ski resorts haven’t opened yet.

The United States broke its daily record of infections on Tuesday, November 10, with 201,961 cases in 24 hours, according to data compiled by Johns Hopkins University. The world’s leading economic power, which recently crossed the 10 million mark of Covid-19 cases, is by far the most bereaved by the pandemic, with nearly 240,000 dead.

For the past week, the number of daily infections has regularly exceeded 100,000 cases. And 62,000 people are currently hospitalized, according to the Covid Tracking Project, unheard of since the end of January.

The pandemic is regularly played down by outgoing President Donald Trump. President-elect Joe Biden outlined earlier this week his plan to fight the pandemic, which he made the number one priority for his future term.