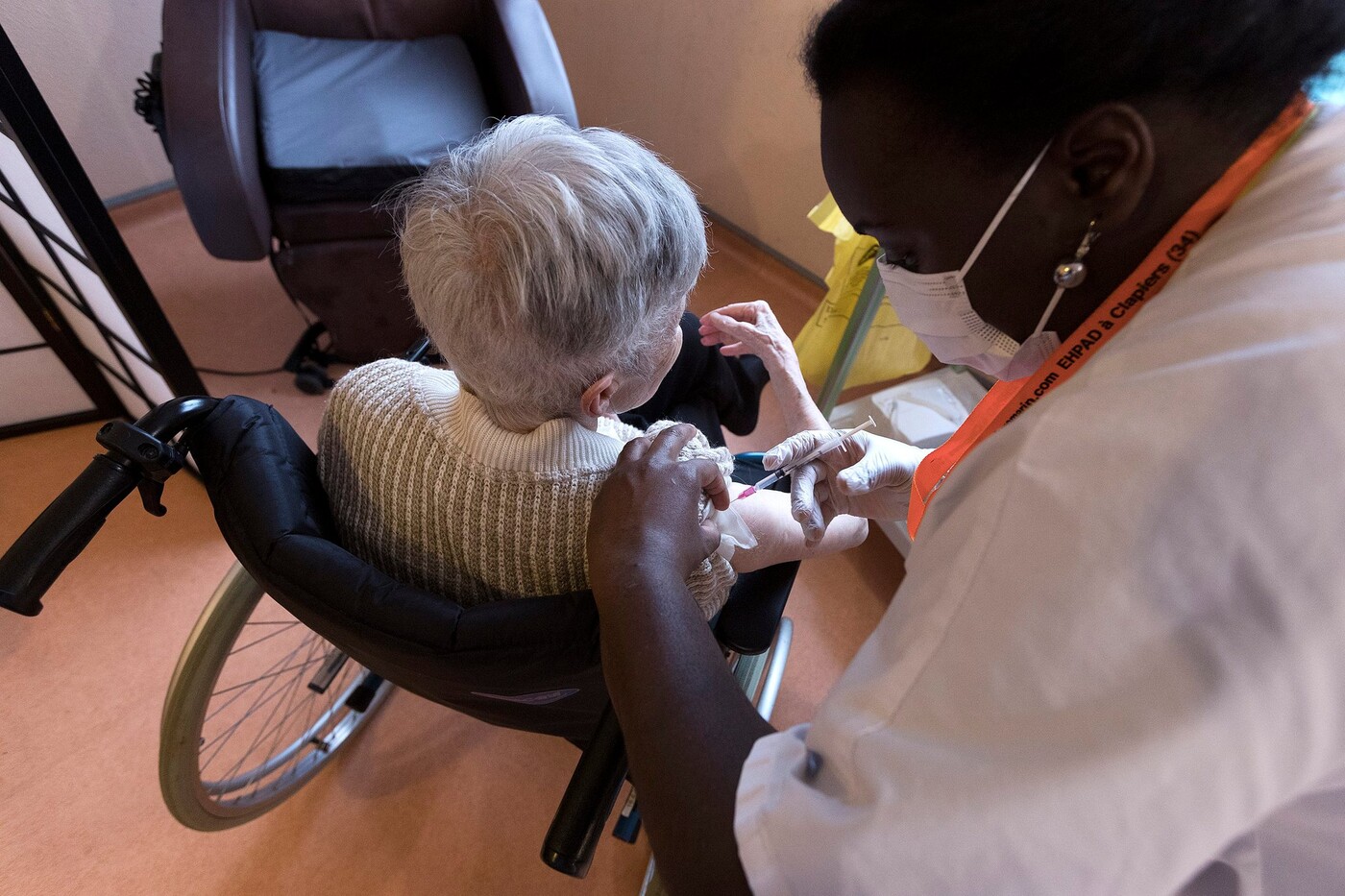 ► Vaccination: “improvement” of indicators in the elderly

The “First effects” of the Covid-19 vaccination campaign are emerging among people over the age of 75, in particular residents of nursing homes, Public Health France said on Friday February 26.

The organization thus notes a ” improvement “ indicators in this age group, including one decrease in incidence and the proportion of people hospitalized compared to other age groups. The data also shows a “Strong decrease” deaths (- 22.5%) in social establishments, including nursing homes.

► After Paris, the town hall is proposing extended confinement to Île-de-France

A simple ” hypothesis ” : the first deputy mayor of Paris Emmanuel Grégoire put into perspective on Friday the proposal for a three-week confinement in the capital. “This is not a request on our part, but simply a hypothesis that we want to put on the table “, he said, while Paris will be put under “Enhanced surveillance”, alongside 19 departments.

→ THE FACTS. Covid-19: Paris city hall calls for three-week confinement for the capital

The elected socialist also widened the geographical scope of this possible confinement, suggested Thursday, “On the scale of Île-de-France, probably at least on the scale of the dense zone”, with the “Keeping schools open” and vaccination of teaching staff.

Prime Minister Jean Castex told him that foreseeing a way out of the health crisis after three weeks of confinement was tantamount to telling “Nonsense”. “You know very well that with variants, this is not possible”, he added during a trip to the Nantes hospital center.

► The government is considering a “health pass”

Emmanuel Macron will hold a meeting with members of the government next week to prepare for the establishment of a “Health pass”, with a view to reopening cultural venues and restaurants closed by the pandemic.

“I feel that there is a lot of confusion sometimes on this subject”, he explained at the end of the first day of a videoconference between the 27 leaders of the European Union. According to him, this “health pass” will not be a “vaccination passport” : “If we manage to reopen certain places, we would not be able to condition their access to vaccination, even though we would not have opened vaccination to the youngest”.

EU leaders, at the summit, called on Thursday for “Maintain firm restrictions” and to accelerate vaccination in order to contain the variants of the coronavirus. “The next few weeks will remain difficult in the field of vaccines (…)”, said the President of the European Council Charles Michel. “We are optimistic about our ability to reach our goal” to vaccinate 70% of the population of the EU from here ” the end of summer “, reaffirmed for her part the President of the Commission, Ursula von der Leyen.

Leaders, however, failed to overcome their disagreements over the issue of a “Vaccination passport” European to facilitate travel.

100 million doses administered in 100 days. This is what Joe Biden promised when he took office in January. On Thursday, the President welcomed the“Several weeks in advance” United States on the Covid-19 Vaccination Program. “(…) We are halfway, with 50 million doses in just 37 days since I became president ”, did he declare.

“We are heading in the right direction despite the mess we inherited from the previous administration”, he added about the government of Donald Trump. However, “This is not the time to let your guard down”, he warned, asking the Americans to continue to respect barrier gestures.