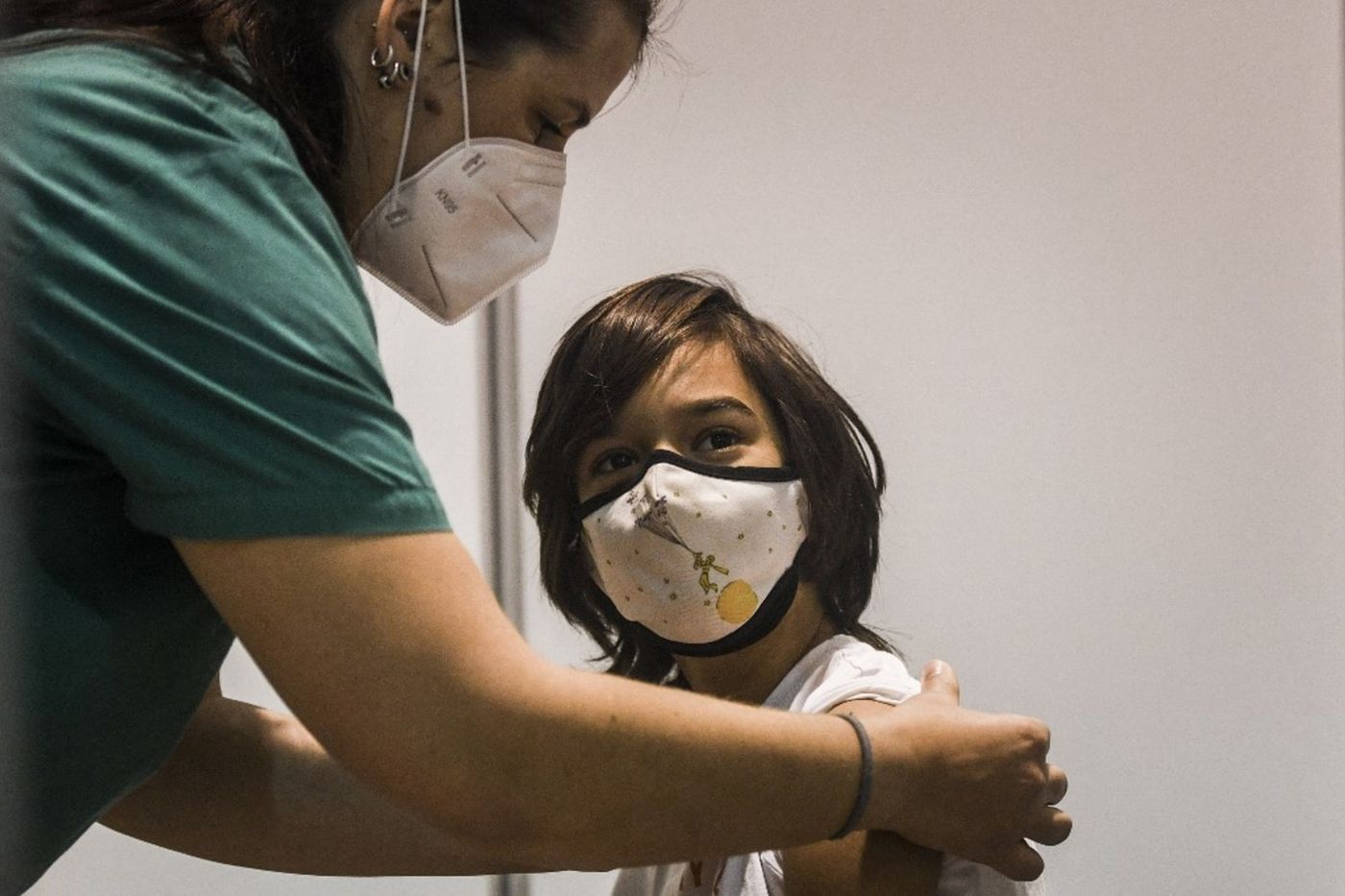 The High Authority for Health (HAS) has declared itself in favor of the anti-Covid vaccination of children aged 5 to 11, but does not wish to make it “Payable or obligatory”. “Because of its vaccine efficacy against the major variants currently circulating and its satisfactory tolerance profile, the HAS considers that Pfizer’s vaccine can be used from the age of 5 years”, underlined the health authority.

HAS “Proposes that parents who wish to be able to vaccinate their child (ren) aged 5 to 11 years from the availability of the doses in pediatric formulation”. It also recommends vaccinating as a priority “College students (under 12 years old, whose characteristics are similar to those of other college students) in order to quickly complete the vaccination campaign for children aged 12 and over”.

The European Commission has authorized the use in the EU of the anti-Covid vaccine from the American Novavax, in the wake of the green light given by the European Medicines Agency (EMA), making it the fifth vaccine thus approved in Europe.

Its technology is more traditional and different from vaccines already widely used in Europe. “After a thorough evaluation, the EMA’s Committee for Medicinal Products for Human Use (CHMP) concluded by consensus that the data on the vaccine were robust and met EU criteria for efficacy, safety and quality “, the agency said.

→ READ. How it works, how well it works … Understanding everything about the Novavax vaccine

Nuvaxovid is a so-called “Subunit”, made from proteins that trigger an immune response, virus-free. The technology, more traditional than that of previously licensed vaccines, is similar to that used in the decades-old hepatitis B and pertussis vaccines that are widely used around the world.

► 182,000 false health passes generated, according to the Ministry of the Interior

The Interior Minister Gerald Darmanin had, according to his entourage, last week instructed the directors general of the police and the gendarmerie to step up checks. Thursday, he announced the arrest of a hundred people, both users and trafficking networks, said his entourage. The minister also indicated that suspended prison sentences “And sometimes closed prison” had already been spoken, “Especially for pass users”. He stressed that the penalty could be up to 5 years in prison.

► Health pass in business: “nothing is done” affirms Élisabeth Borne

The hypothesis of a generalized health pass in the company has been discussed with the social partners, indicated the Minister of Labor Élisabeth Borne. “What emerges from the discussions is that the trade unions are not in favor of it, and that the employers’ organizations are reserved and are wondering about the practical methods of implementation”, declared the Minister after a videoconference meeting with employers’ and trade union organizations.

→ READ. Health pass in business: the government is procrastinating

“Nothing is done at this stage”, she underlined, specifying that the measure “Would suppose a legislative provision” and that the Minister of the Civil Service, Amélie de Montchalin, must also hold consultations with the unions of civil servants, and the Prime Minister with the parliamentary groups. The secretary general of the CGT, Philippe Martinez, said that according to him, the establishment of the health pass in business would be “Absurd and totally ineffective”.

► In Europe, the Omicron variant is progressing and leading to the postponement of the Davos Forum

Warnings are increasing in Europe and the United States in the face of the wave of contamination caused by the Omicron variant. According to the European Commission, Omicron could become dominant by mid-January in the EU, when only 67% of the population is fully vaccinated on the continent.

→ EXPLANATION. Against Omicron, the weapon of the vaccine obligation

In the UK, facing a wave of contamination prompting calls for new restrictions, twelve people infected with the Omicron variant have died and 104 are hospitalized, Deputy Prime Minister Dominic Raab said on Monday.

As a consequence of the spread of the new variant, the World Economic Forum, which was to meet from January 17 to 21 in Davos, Switzerland, was “Postponed” by its organizers.