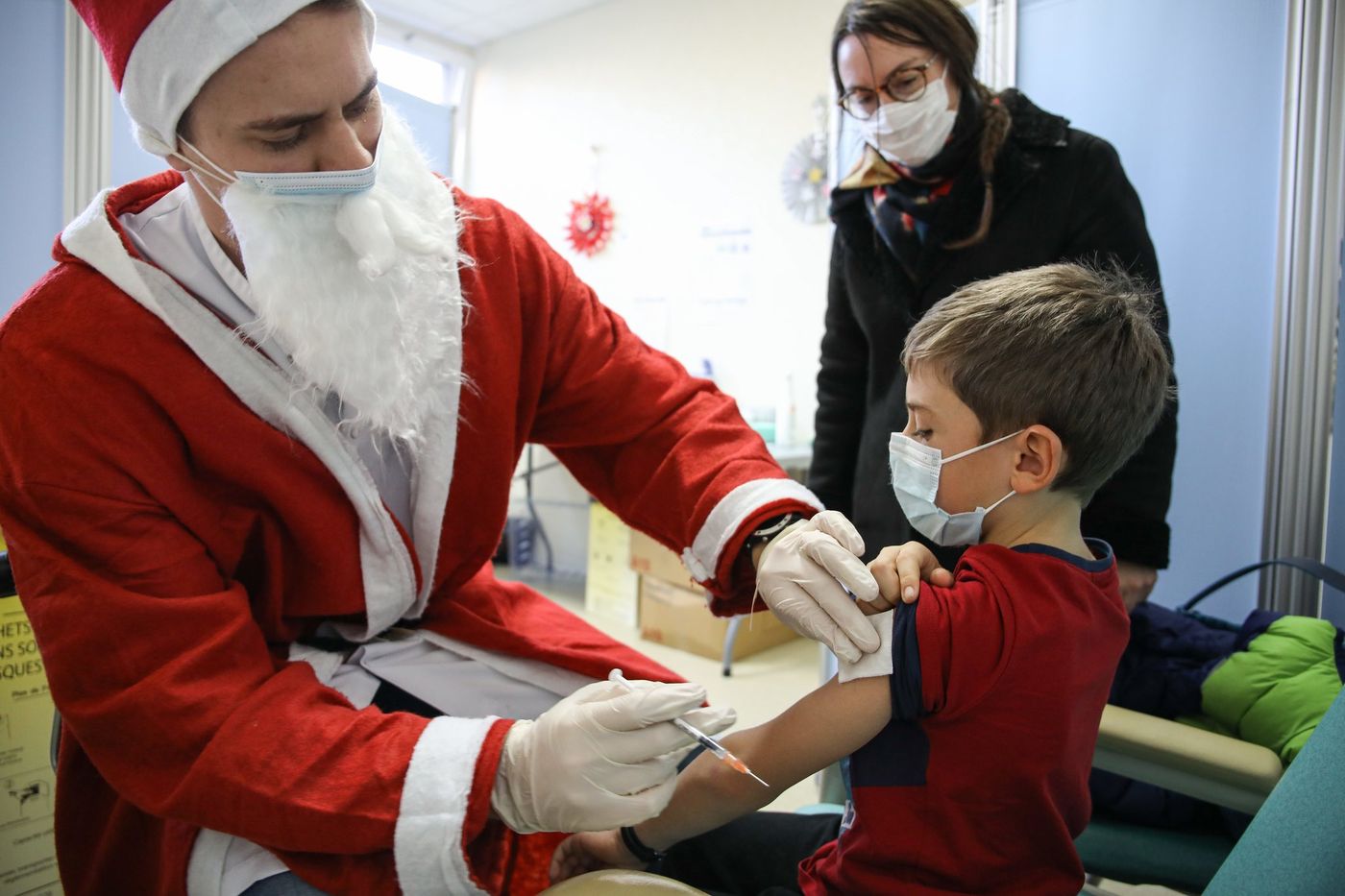 ► Vaccination officially open to all children aged 5 to 11

Vaccination for all children aged 5 to 11 against Covid-19 is officially launched this Wednesday, December 22, announced the Minister of Health Olivier Véran on BFMTV-RMC. Online appointment booking for this age category will be open ” in the morning “, he also clarified. Children are not, however, affected by the health pass.

All that is required is the agreement of one of the two parents, on a voluntary basis, who must be physically present during the injection. Only the Pfizer / BioNTech vaccine can be used in this age group, and in a different version from that of adults: it is three times less dosed.

→ EXPLANATION. Vaccination of children: all you need to know about the campaign for 5-11 year olds

► Three to four days of teleworking per week in companies

Élisabeth Borne calls on businesses to “Accelerate” the use of teleworking in the face of Covid-19. The Minister of Labor asks them to prepare ” right now “ to the ” to strenghten “ at the start of the school year, on January 3, with a target of three to four days per week, against two to three days currently.

The minister also confirmed that the government was not planning to include the company health pass in the initial draft law on the vaccination pass. But, she added, “We do not know what the situation will be in 10 days and the possible measures that we should have to take, so I want to continue the discussions” with social partners and “We will see if parliamentarians consider it relevant to introduce by amendment”.

► Omicron should be “majority” in France “between Christmas and New Year”

Omicron variant spreads “Very fast” in France and it could become the majority “ between Christmas and New Year », Confirms Gabriel Attal, for whom the epidemic could “Set off with a bang”. Without announcing new measures, the government spokesperson specified that a “Regular reassessment” of the health situation would take place, especially during the Council of Ministers scheduled for next Monday which will adopt the introduction of the vaccine pass.

→ READ. Covid-19: the Omicron variant could be dominant in Europe from “mid-January”

The Minister of Health Olivier Véran had warned earlier this Wednesday on BFMTV-RMC that the number of contaminations should exceed 100,000 cases per day in France by the end of December, due to the very strong contagiousness of Omicron .

China imposed confinement on Wednesday in Xi’an (north), which has 13 million inhabitants, due to a rebound in Covid-19 cases, more than a month from the Beijing Winter Olympics. The inhabitants must “Stay at home unless there is a compelling reason”, said local authorities. Only one person per household is allowed to shop ” every two days “.

China has been pursuing a strategy since last year “Zero Covid”, which consists of doing everything to limit the occurrence of new cases as much as possible, generally limited to only a few dozen per day. The country reported 52 new patients in Xi’an on Wednesday, bringing the number of patients registered in the city to 143 since December 9.

► The compulsory vaccination pass comes into force in Tunisia

The compulsory vaccination pass, which aims to limit the spread of Covid-19 in the public and private sectors, entered into force in Tunisia on Wednesday. Access to cafes, banks, shopping centers, state establishments is now only allowed to holders of a health pass and a national identity card. The presidential decree-law imposes sanctions against any person refusing to provide them in the sectors concerned.

Dozens of people demonstrated Tuesday and Wednesday in Tunis against this measure decided in October by President Kaïs Saïed. On Tuesday, Amnesty International called on the authorities to suspend the application of the presidential decree, ruling that the text contains provisions which “Violent” rights. These “Unnecessarily threaten the livelihoods of Tunisians by inflicting excessively severe sanctions on them in the event of non-compliance”, deplores the NGO.

Nigeria on Wednesday cremated more than a million doses of AstraZeneca vaccine given a few months ago by developed countries but whose expiry date was approaching and which have since expired, according to the authorities.

“The developed countries got these vaccines and then stored them, then when they were about to expire, offered them to us”, accuses the director of the national agency in charge of immunization programs, Doctor Faisal Shuaib. The most populous country in Africa has so far fully immunized some 4 million people, or less than 3% of the adult population.