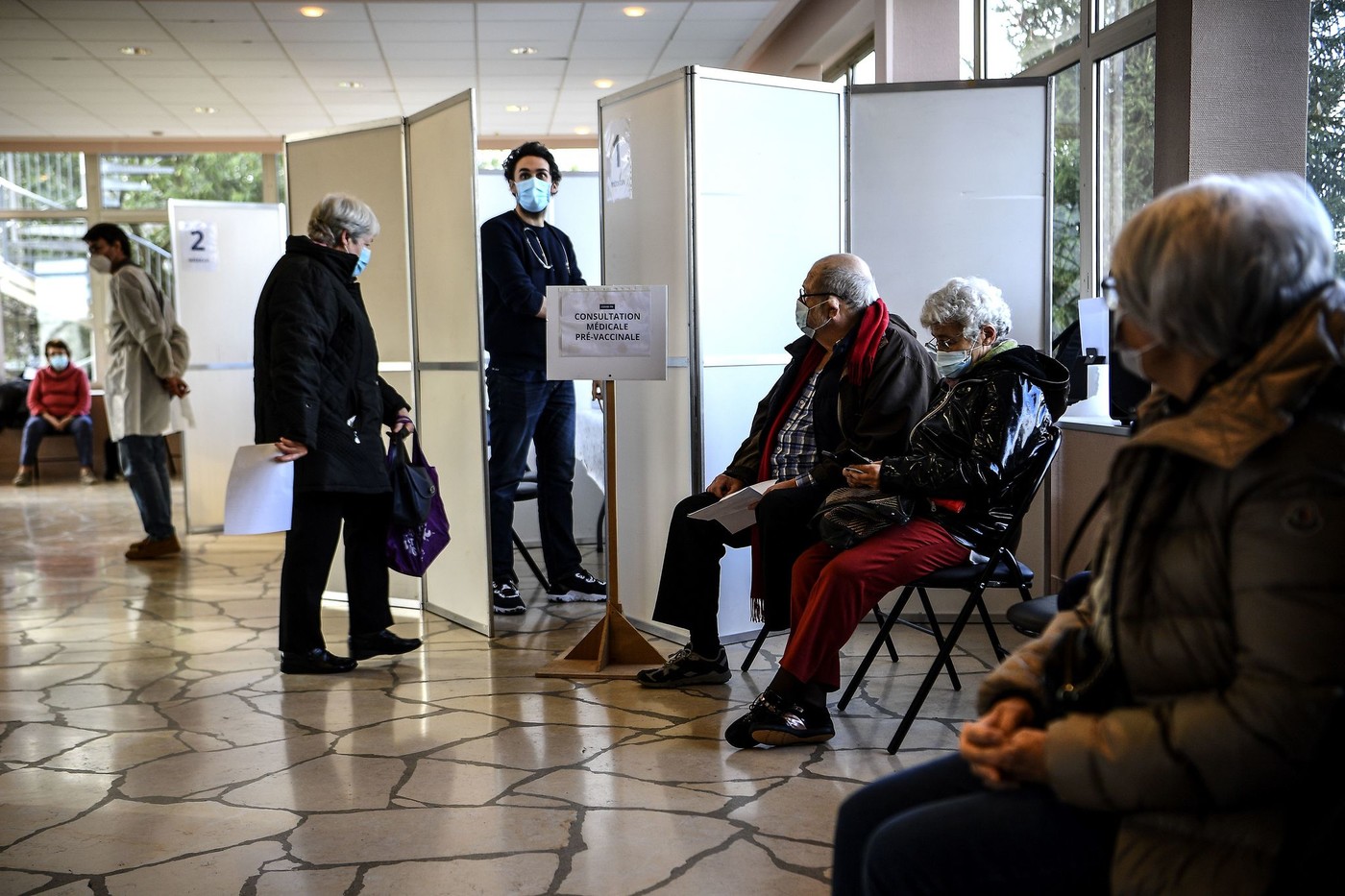 On the sidelines of a visit to Grenoble University Hospital on Monday, January 18, the Minister of Health Olivier Véran assured that the milestone of one million French people vaccinated against Covid-19 would be “Largely achieved by the end of the month” thanks in particular to “ the acceleration of the vaccination campaign in nursing homes ”.

After visiting the vaccination center of the Grenoble University Hospital where he himself worked as a neurologist, the minister warned: “Not everyone can be vaccinated in a day or a week, not because the logistics would not follow, but because the challenge is to have enough doses to vaccinate all French people.”

Delay in delivery of Pfizer / BioNTech vaccines will be caught up “At the end of the first trimester”, assured the Minister for Industry Agnès Pannier-Runacher, who however said “Vigilant”.

“The schedule calls for a drop in delivery of 140,000 doses this week and, starting next week, we will have 520,000 weekly deliveries”, as originally planned, she told CNews. “Our goal is to vaccinate 15 million French people by the end of June”, said the minister, who also referred to the weekly delivery of 50,000 doses from the Moderna laboratory.

► Vaccine: starting point for those over 75

Since Monday, vaccination against Covid-19 has been extended to all people over the age of 75. Until then reserved for certain priority groups including nursing home residents or caregivers, vaccination is now available to over 75s who do not live in retirement homes (5 million people).

→ EXPLANATION. Covid-19: how will the vaccination of people over 75 go?

In addition, there are nearly 800,000 people with pathologies “High risk” (chronic renal failure, cancer under treatment, etc.). In total, 6.4 million people are called upon to be vaccinated.

All travelers arriving in Guadeloupe, except those coming from Martinique, must now commit ” on honor “ to respect a seven-day isolation, announced the prefecture in a statement. “This is to avoid the introduction of the English variant by a traveler who would be carrying the virus but would not have been tested positively before departure”, explains the prefecture.

→ ANALYSIS. The “Covid debt”, a major subject of the next presidential campaign?

Martinique has also announced a tightening of entry conditions on its territory.

The goal is ambitious: to inject 100 million doses of the vaccine during the first 100 days of Joe Biden’s mandate.

For Anthony Fauci, who will become the main adviser to the new president on Covid-19 after being that of Donald Trump, the mission is “Feasible”. If two vaccines were developed, tested and validated by health authorities in record time, the pace of vaccination, considered too slow, is criticized in the United States. According to the Centers for Disease Control, the largest federal public health agency in the United States, 31.1 million doses have already been delivered, but less than 40% have been administered (12.2 million).

→ PODCAST. Biden government: a trompe-l’œil diversity? – “This is America”

► Australia: the borders will surely remain closed in 2021

No reopening of borders for travelers to Australia in 2021. This was estimated by Brendan Murphy, secretary in the health department and one of the government’s main advisers. “I think we will still have significant border restrictions for most of the year”, he told ABC Channel. “Even though a large part of the population is vaccinated, we don’t know if this will prevent transmission of the virus. “

As a result of these restrictions, tens of thousands of Australians remain stranded abroad. Those who return must pay around 3,000 Australian dollars (1,900 €) for their 14 days of hotel quarantine.

The World Health Organization (WHO) and China could have acted faster at the start of the Covid-19 epidemic, concluded the independent experts charged with assessing the global response, for whom the spread of the virus has benefited of a “Largely hidden epidemic”.

In its second report, which is due to be presented on Tuesday, January 19, at a meeting at the WHO, this expert panel stresses that“By referring to the initial chronology of the first phase of the epidemic, we see that it would have been possible to act more quickly on the basis of the first signs”. Experts point to the slowness of the WHO when it comes to meeting its emergency committee at the start of the pandemic and the reluctance to declare an international health emergency.