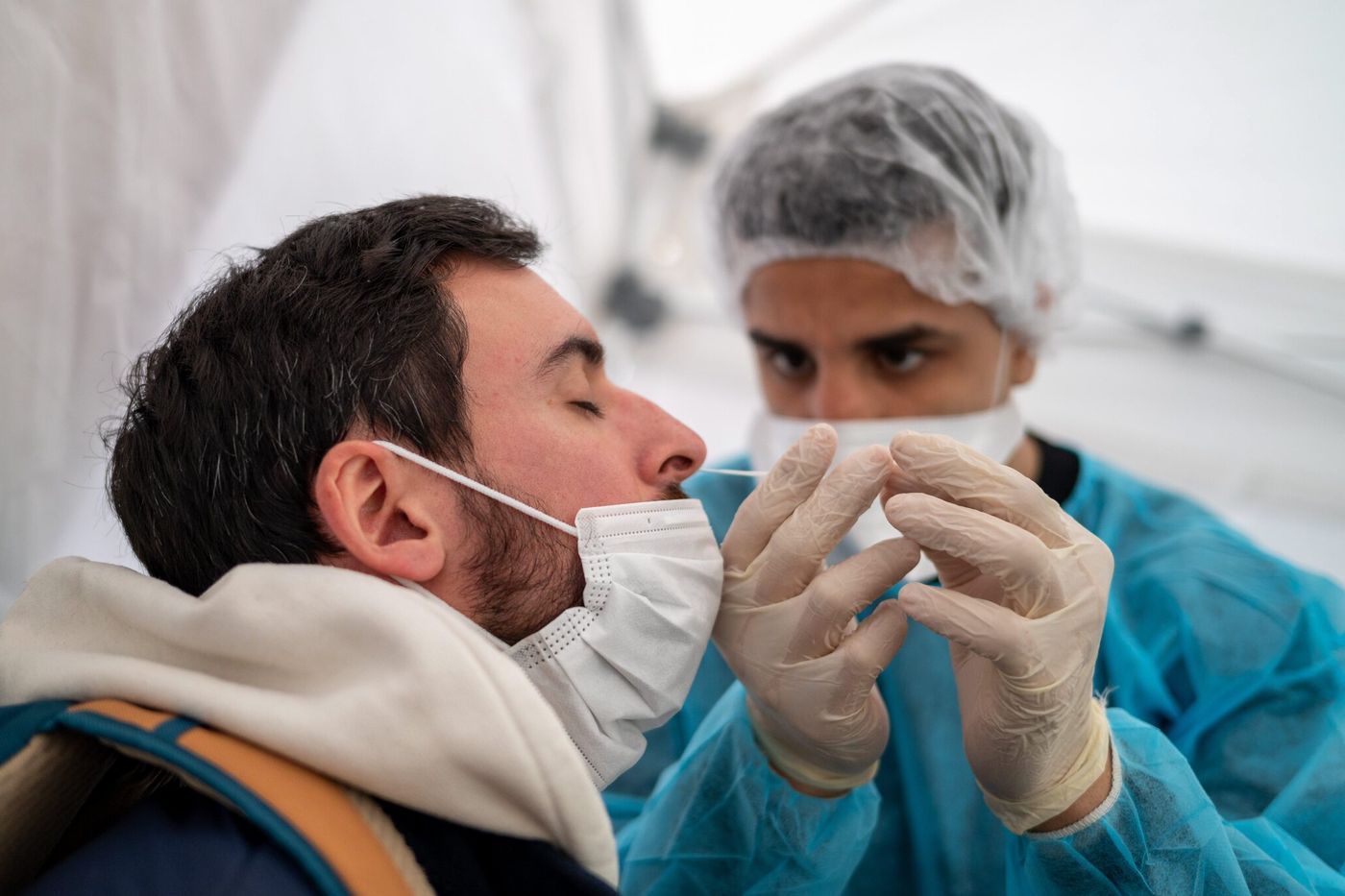 Could the epidemic wave caused by the Omicron variant be on the downward slope? The various data published by the health authorities allow in any case to hope for it. Among these, the number of Covid-19 screening tests, down sharply this week, according to figures released Thursday, February 10 by the Ministry of Health.

While nearly 12 million antigen or PCR tests were carried out in the week after the Christmas holidays, around 7 million were carried out between January 31 and February 6. It is “a quarter fewer tests compared to the previous week”notes the Department of Statistics (Drees) of the Ministry of Health.

The peak reached in hospitals?

Same reflux on the side of daily contaminations. According to data from Public Health France, the number of people who tested positive for Covid-19 per day fell below 200,000 on Wednesday February 9 (179,614 cases). A first since the beginning of January.

As a result, the incidence rate – i.e. the number of people tested positive per 100,000 inhabitants – is also falling. On February 6, it stood at 2,449.2 over seven rolling days, much lower than during the peak recorded on January 24 (3,806.5). “The worst is behind us and we have done the hardest”, explained Thursday, February 3, the Minister of Health Olivier Véran on BFMTV.

The peak in admissions of patients with Covid also seems to have been exceeded in French hospitals. On Wednesday February 9, 32,878 beds were occupied by patients with Covid-19, compared to 33,352 the day before. However, it is more than seven days earlier (32,720 people hospitalized).

→ YOUR QUESTIONS. “Will my vaccination pass expire on February 15? »

The number of critical care patients also fell to 3,503 on Wednesday, from 3,555 the day before and 3,700 last Wednesday. The number of new admissions to these services is also down, to 296 against 366 a week ago. However, the death curve has remained relatively stable for several weeks.