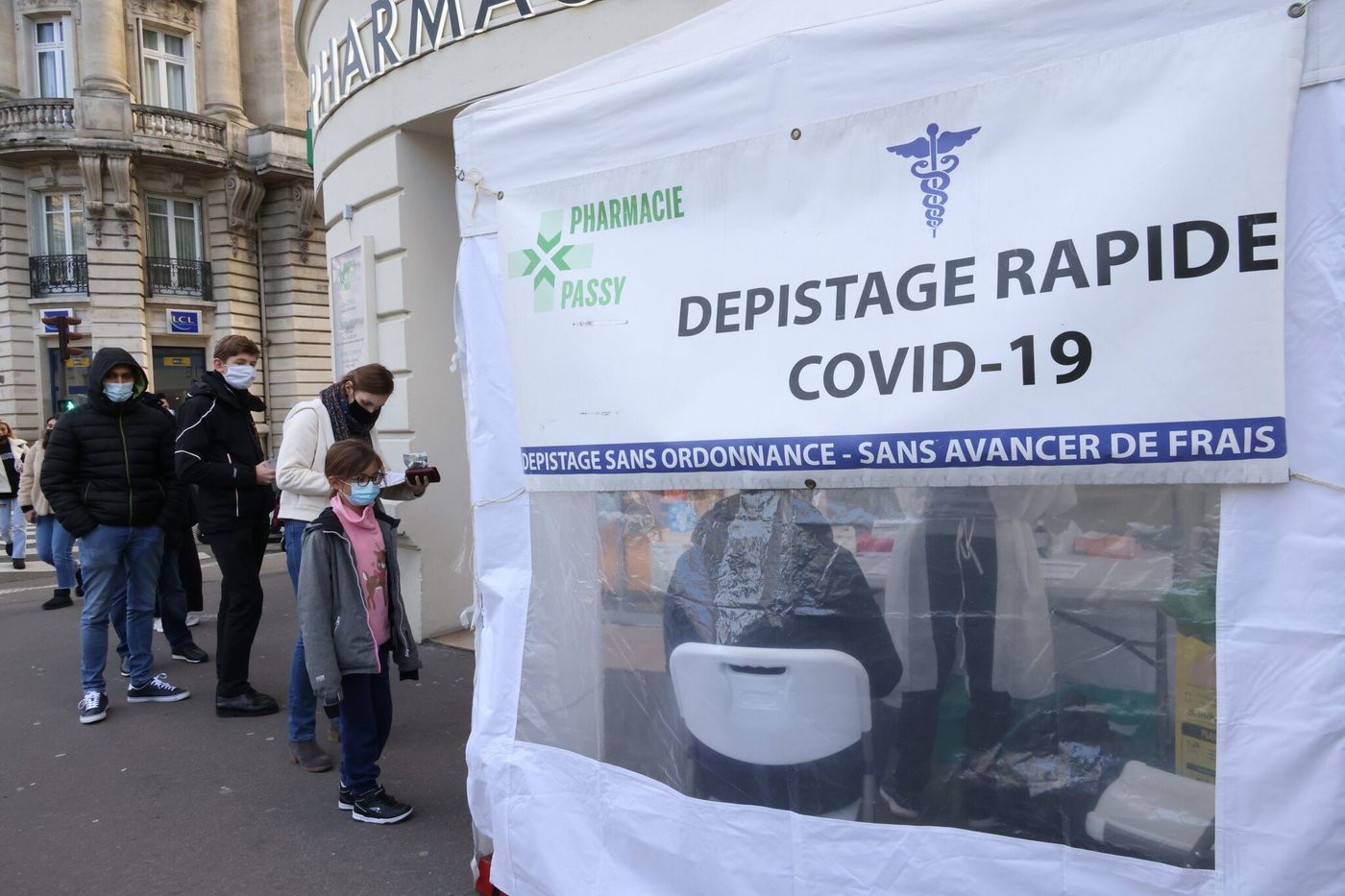 France had nearly 280,000 daily positive cases on average over the last seven days this Sunday, January 16. A record level of contamination, never reached in two years of health crisis, due to the exceptional contagiousness of the Omicron variant. At the end of December, the Institut Pasteur indicated in its forecasts that “the peak of infections is expected in mid-January”. In fact, the number of new daily cases seems to be no longer increasing, suggesting the start of a decline.

“The course of contamination has surely been passed”, believes Philippe Amouyel, epidemiologist at the Lille University Hospital. The incidence rate has, for example, already been falling for several days in Île-de-France, a region which was early affected by the Omicron variant, falling from more than 4,100 to less than 3,800 cases per 100,000 inhabitants, according to data from Public Health France. However, the stabilization or even the reduction in the number of cases at the national level should not make us forget the disparities between the territories. “To take the example of the North, the departmental incidence rate is around 2,600, on the other hand in Lille we are above 3,000”, explains Professor Philippe Amouyel. These rates may vary “depending on the population density but also on the rate of vaccination and immunity”, he explains.

Another sign of hope concerns hospitals. As more than 90% of the eligible French population is vaccinated and just under 30 million people have received a booster, French hospitals are facing fewer serious Covid cases. “With three doses, the risk of developing a severe form decreases by 90%, continues Philippe Amouyel, therefore the vaccination coverage made it possible to better face the Omicron wave. »

The situation is also improving in intensive care. While entries due to Covid usually follow contaminations by a few days, the epidemic peak also seems to have passed for admissions to critical care: the number of average daily entries, smoothed over a week, has increased from 350 to 320 these last days, indicates Public Health France. A new manifestation of Omicron’s lesser danger.

For Yves Coppieters, epidemiologist and professor of public health at the ULB (Free University of Brussels), we must observe what is happening in the United Kingdom, where the Omicron wave arrived earlier, to predict what will happen in d other countries with the same vaccination coverage: “The epidemic wave is much faster than the previous ones. Before, the contaminations decreased rather slowly whereas, with Omicron, the number of cases decreases almost as quickly as it increased. »

From pandemic to endemic

With the decrease in serious forms of Covid and the ebb of the Omicron wave within a few weeks, there is also the question of a potential way out of the health crisis. The virus, less dangerous, could join the cohort of influenza and other gastroenteritis in the category of endemic diseases. Clearly, recurring diseases, which can give rise to an epidemic wave, but which do not threaten the hospital system with the same virulence as the different waves of Covid.

→ DEBATE. Should we already consider Covid as an endemic disease?

“We are not at that stage yet,” tempers Philippe Amouyel, because “there are still 4 to 5 million unvaccinated people who are at risk of getting sick from the Omicron variant”. For the epidemiologist, this moment will not arrive before the summer, period or the “immune coverage will be greater and will allow better resistance to serious forms”. For Yves Coppieters, the transition to endemic will depend on two things, “the duration of immunity conferred by the Omicron variant and the ability of pharmaceutical industries to produce vaccines that are resistant to the variants. But for the next four to six months, we can be optimistic”.