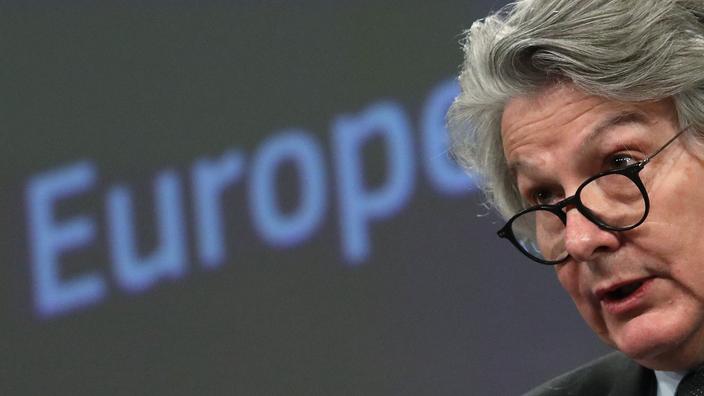 European Commissioner Thierry Breton made the announcement as Brussels prepares to attack the pharmaceutical group.

The European Union, which is preparing to sue AstraZeneca, has decided not to renew its contract with the pharmaceutical group for the supply of vaccines against Covid-19, announced the European Commissioner for Internal Trade Thierry Breton. “We did not renew the order after June. We will see what will happen ”, he said on France Inter this Sunday.

Read also :Vaccines: Can the European Union do without AstraZeneca next year?

Relaunched by his interviewers to find out whether the current non-renewal meant an end of definitive inadmissibility for the AstraZeneca vaccine, Thierry Breton left in doubt. “It’s not done yet, wait, he replied. We started“Contract renewals with Pfizer / BioNTech but”we will have others“. “We started with Pfizer because we are working on the second phase, the second generation vaccines.“. It is “put yourself in a situation before others»Country for the continuation of the vaccination program.

The European Commission accuses AstraZeneca of not having met its commitments in terms of vaccine deliveries. In the first quarter, the Anglo-Swedish group delivered only 30 million doses to the EU, instead of the expected 120 million. AstraZeneca has also reduced its deliveries for the second quarter: 70 million instead of 180 million. The Commission has informed EU ambassadors that it is demanding the delivery of at least 90 million doses during this quarter. According to information from Figaro , as of April 22, only 4 million doses had been delivered since 1erApril.

On April 16, the Minister for Industry, Agnès Pannier-Runacher, had already warned on BFMTV that the non-renewal of the contract was “The greatest probability” , after months of tensions with the laboratory.